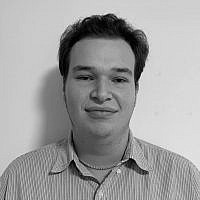 The Blogs
Jake Segal
Apply for a Blog
Advertisement
Please note that the posts on The Blogs are contributed by third parties. The opinions, facts and any media content in them are presented solely by the authors, and neither The Times of Israel nor its partners assume any responsibility for them. Please contact us in case of abuse. In case of abuse,
Report this post.

The resignation of Prime Minister Boris Johnson on the 7th of July 2022 was a significant moment in the recent political history of the Conservative Party. Yet, for those both inside and watching on from the outside, it’s difficult to see this decision as anything but expected.

Following his landslide victory in 2019, the stability of governance in the United Kingdom appeared set in stone. Yet, the reign of Boris Johnson, seen more as a Presidential leader than a Prime Minister acting in accordance with convention, was brought to a sudden end on the 7th of July. However, this wasn’t a complete shock. Following the vote of no confidence in the months preceding this announcement, an expiry date had been placed on the front gates of No10 Downing Street. That expiry date has reached its conclusion.

After the 2019 General Election, it would’ve been expected that the reign of the Conservative Party would continue long into the future. The 2019 Election, a remarkable success for Boris Johnson and the Tories, but also a dagger into the hopes and expectations of the Labour Party signalled the long – term future of the Conservatives in the seats of governance. Yet, almost three years later, the Prime Minister who gained an eighty seat majority and a mandate to bring Britain into a new post – Brexit age, has systematically failed to lead and ultimately resulted in the resignation from, in his own words, “the best job in the world”.[1]

On Tuesday evening, after Johnson’s apology for hiring Chris Pincher was aired, both his Chancellor (Rishi Sunak) and Health Secretary (Sajid Javid) resigned. This was a damning blow to Johnson’s position as Prime Minister, as two of his most significant allies exited his Cabinet. On the 6th June, following Prime Minister’s Questions, Javid delivered a solemn and brutal statement to the House of Commons. After a PMQ’s in which Sir Keir Starmer, the leader of the opposition, referred to the Johnson loyalists as the “Z – list cast of nodding dogs” in regard to their consistent support of their leader despite all his faults and misfortunes.[2] Javid followed the opening rounds with an even harder punch, opening Johnson’s coffin before a further fifty – nine resignations (by Cabinet members, Ministers, and Parliamentary Private Secretaries) throughout Wednesday and into Thursday morning sealed it shut.

Javid’s near to ten minute speech showcased the gap in class between a supported and respected member of the Conservative Party to one whose supporters have been falling in numbers over recent weeks. During his speech, Sajid Javid spoke openly about the honor he felt serving as the Home Secretary during these difficult times, most notably dealing with the COVID–19 Pandemic and the current National Living Crisis in the UK. Yet, it was a sentence towards the end of his speech, which stung the most. He stated, “I got into politics to do something, not to be somebody”.[3] For Javid these words rang true, as his resignation marks a sign of integrity and an unwillingness to continue representing an individual who leads only with his own self – interest. Yet, for Johnson, it is apparent, that since his shift from journalism to public life, he has only been driven by himself and his willingness to be somebody. To be the Prime Minister of the United Kingdom.

This is where the sadness may appear in the resignation of Boris Johnson. For many, the position of Prime Minister is seen as a duty, the highest form of office which long – serving parliamentarians have earned after many years of public service. For Boris Johnson, the position of Prime Minister was his political destiny. He sought it from his first days in Parliament and took many calculated steps to reach No10 Downing Street.

Yet, it is difficult to feel sorrow or sadness towards the former Prime Minister at this current time. Especially because his downfall, the reasons leading to his resignation from this famous office, were ultimately self – inflicted. During his time as PM, Boris Johnson has categorized himself in the armor of a war leader, in the same element to his political idol, Winston Churchill. Rather than fighting a war directly, Johnson led from the front: agreeing a deal with the European Union, managing the COVID–19 Pandemic and his fight against Putin in support of the Ukraine. Yet, separate from these successes of the Johnson regime, his own actions led to his demise.

With so many different events occurring over the last couple months, it’s easy to forget the severity of Johnson’s actions and why they played a critical role in his resignation at the end. The two most noticeable failures of Johnson’s time as Prime Minister were the ‘Partygate’ scandal and the appointment of Chris Pincher to the Whips Office.

The ‘partygate’ scandal has been well documented over recent months, emphasized by the fine handed to Boris Johnson as well as his ex – Chancellor Rishi Sunak for holding illegal parties within 10 Downing Street whilst restrictive rules were put in place across the country to deal with the ever – present pandemic. The first Prime Minister to ever be handed a police fine (Fixed Penalty Notice) whilst sat in the most powerful political position in the United Kingdom.

More damaging to Boris, the rules he broke, were in fact set by him and his own government. For many, the most prevalent image of the ‘partygate’ scandal and the pandemic as a whole, was that of the Queen, sat alone at the funeral of her husband  Prince Phillip. This photo, one of pure sadness towards the longest serving Monarch in British history was devastating. Yet, what was more disturbing, was the images coming out of No10, as seen in the Sue Gray report of Johnson enjoying alcoholic drinks and food. A direct contrast in how one should act (the Queen) and how one should not act (Boris Johnson). For many, the ‘partygate’ scandal was the beginning of the end, reflected by the damning vote of no confidence into the Conservative leader in which 41% of his party voted to kick him out.

If the ‘partygate’ scandal began the Prime Minister’s decline, then the appointment of Chris Pincher accelerated this fall from grace. Following his selection to the Whips office, allegations came out of sexual misconduct towards Pincher. Most importantly, such claims were made at the Foreign Office in regard to Pincher, at the same time Johnson was serving as Foreign Secretary. The events after the announcement of Pincher’s actions emphasized Johnson’s inability to lead. A set of three different lies were told by MP’s sent out to publicly defend Johnson. Firstly, the public was told Johnson wasn’t aware, followed by messaging that Johnson was told but nothing specific. The final comment from the Prime Minster was that he was aware of the accusation, but simply forgot. Considering the events concerning sexual misconduct and inappropriate behavior within the Conservative Party this story was significantly damaging to Johnson. Further evidence of Johnson’s ability to swerve the law and break the rules when they serve in his best interests.

The accumulation of these horrific errors by the Prime Minister ultimately resulted in his resignation. Whilst David Cameron resigned following the failure of the 2016 Brexit Referendum and Theresa May followed suit as her plan to take Britain out of the European Union proved unsuccessful. Johnson was at the centre of the failings of his government. The ‘partygate’ scandal was instigated by events within No10 Downing Street and the appointment of Chris Pincher was a fault at the hands of the Prime Minister alone.

So now, in the aftermath of this seismic decision to resign, the United Kingdom and the Conservative Party must find its third leader in six years. In the 2019 General Election, the Tories identified themselves as the saviors of British politics, viewing the Labour Party as unable to lead and a disaster to the domestic and international future of Britain if they were to win. Whilst this could have applied to the former leadership, as Sir Keir Starmer establishes himself as the head of the opposition and the Tories continue on this path of instability and poor governance. The country is beginning to ask more and more questions to the future of its political leadership and the governing party.

The resignation of Boris Johnson presents more questions than answers to the British people. So, we must ask ourselves: Who next? Will they have a mandate to govern? Is the United Kingdom approaching yet another General Election?

About the Author
Jake is currently an MA student at Reichman University in Israel. He was raised in London and moved to the University of Leeds for his BA in History and Politics. Having moved to Israel a year ago, he has grown fond of Israeli politics alongside his long lasting interest in British politics. He is keen to create a portfolio of articles in both arenas to develop his love for writing and share his opinions concerning the key issues around the world.
Related Topics
Related Posts