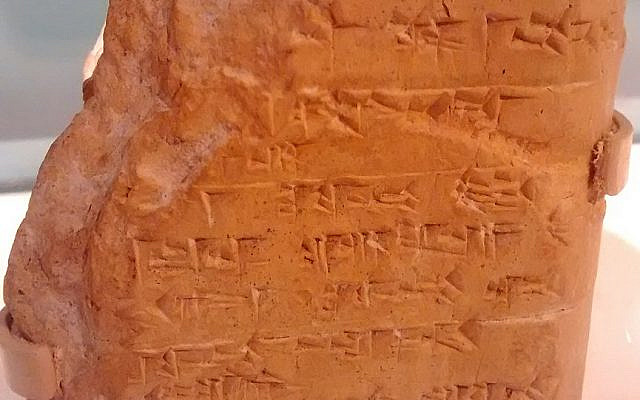 What do the ears and eyes of the children of Het have to do with the sale of maarat hamachpela and why is it so important to repeat their  presence four times?

The repetition of the term “in the ears (eyes) of” in the story of Avraham’s purchase of maarat hamachpela is conspicuous for its superfluousness. The term offers no further insight into the logistics of the story and could have been excluded without consequence. This oddity is noted by many commentators who offer explanations ranging from Efron’s self aggrandizement to the population’s interest to pay respect to Sara (Rashi, Haamek Davar, Gur Aryeh, Chizkuni). Only a minority understand the statements to represent the legal focus of the exchange which required witnesses (Radak). However, when informed by contemporaneous legal codes, it becomes quite clear that the intention was to document the legal transition of land to Avraham “from the children of Het” (Bereshit 23:20), implying these events were witnessed publicly and are therefore beyond scrutiny.

The first instance occurs in regards to Efron’s offer to grant Avraham the field for free. The text goes as far as to emphasize that this offer was proclaimed to “all who entered the gates of the city” (23:10). Next, Avraham reiterates to Efron that he does not want to take the field for free and will only take it if he can buy the rights to the field (23:13). The third time is when the deal is being finalized and identifies that the price Arvaham pays to Efron was discussed in front of all of the people (23:16). The final use occurs at the conclusion of the sale declaring it was conducted “in the eyes of the children of Het before all who entered the gates of the city” (23:18).

Each use of the term and its emphasis on the public nature of the exchange serves to counter any possible future claim against Avraham’s ownership of the field. Should it be necessary, the entire city serves as witness to declare that the land was not a gift or loan, it was purchased at a stated price, was paid in full at the time of sale and had no counterclaims presented by the population at that time.

The secular law of the land at that time is uncertain from the text but likely was similar to the Code of Hammurabi or the Hittite Laws which were the dominant secular forces in the Levant at this time (Sara’s Death – 1675 BCE). The Code of Hammurabi is particularly cruel emphasizing that claims of ownership that are not supported by witnesses can lead to death. Should an original owner have witnesses to his property rights but a subsequent owner lacks supporting witnesses to his legal purchase of the property, the result is his death (Law 7, 10). Furthermore, if someone wants to give another person goods for safekeeping he brings witnesses to the exchange (Law 122-124), which might explain why Efron wanted witnesses for his offer to gift the field to Avraham. Additionally, it was necessary for the stated price to be witnessed as Hittite Law has a strict law against overbidding (Hittite Law 146) which explains why Avraham wanted the stated price and his payment to be witnessed so Efron could not increase the price later nor deny that it was paid in full.