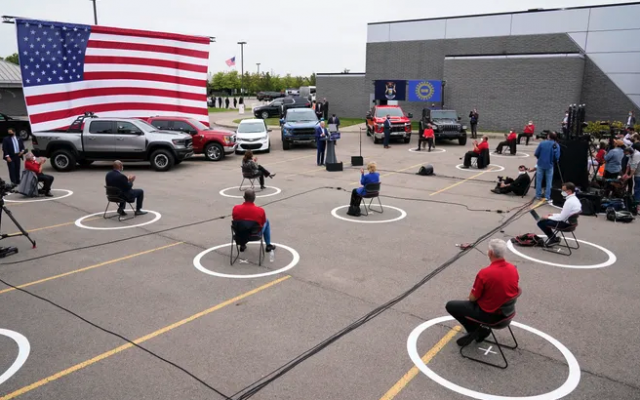 As of Friday, November 6th, it’s looking a lot more likely that Joe Biden will be the next President of the United States. Key areas like Pennsylvania, Georgia, and Michigan have all struck blue and it looks as if there is no path for President Trump to continue in office for another four years.

And yet, no one is happy.

Of course, there are Trump’s opponents who have been desperate to see the end of his presidency since before it even began. And of course, the Republican Party can have comfort in the fact that they have retained control of the Senate and seem to be gaining seats in the House.

President Trump might leave office, to the horror of his critics, with a few notable accomplishments. He is the first president in 39 years not to start a new foreign war. He appointed a third of the Supreme Court who will likely serve for 25+ years, and his party secured a majority in the Senate for his entire term and beyond.

(Of course, there is also his legacy of a botched Coronavirus response, whiffs of corruption, and generally eroding the prestige of the office.)

But this isn’t to say Trumpism is dead – in fact, it may survive long after he is gone. And I don’t just mean from politics.

The Republican Party so far gained three million votes in one election cycle and saw its share of non-white voters rise to its highest numbers since 1960. African Americans, Latinos, and members of the LGBT community came out in record numbers to support a president who favored law and order, and who worked to create jobs and secure freedoms. It is a tremendous achievement by a man who was slandered as a racist, homophobe, and bigot from the moment he descended down his golden escalator five years ago.

And where does it leave the Democrats? Sure, they might have won the golden ticket by placing a safe bet in the Oval Office and returning Washington to the normalcy they have been promising for months – but they won’t get much else. Democrats did not increase their numbers in the Senate and they have actually LOST seats in the House.

In all honesty, their performance in this election cycle is leaving them battered, bleeding, and limping over the finish line with not much to show for it.

The progressive wing of the Democrats – the ones who told us to use the gender-neutral term ‘Latinx’ – saw their Hispanic support drop. The ones who wanted to defund the police and who looted local communities saw their legislative powers reduced. Their man in charge will be a lame duck for half of the single term he promised to serve – if he even gets that far.

The reason Democrats don’t appear happy – and rather, give off a vibe of more general relief – is because this is showing us that their goal wasn’t only to remove Trump. Their goal was to obliterate Trumpism and implement their policies of Green New Deals and Court Packing.

And in this, they are failing miserably.

Joe Biden might have received more votes than Barack Obama did in his landslide 2008 victory, but so might Trump in his 2020 loss. The Biden Administration would not represent a resounding rejection of the last four years in the same way Trump was the damning rebound of the previous eight. Biden’s White House wouldn’t reverse climate change or raise the federal minimum wage. It wouldn’t rebuild America’s infrastructure or bring in the Progressiveness that has plagued its party and its performance in the polls.

It would do nothing but operate in the background. And after four loud years, maybe that’s exactly what America needs from its White House.