What does it take to finally admit that our electoral system in Israel is broken?

Is it eighteen months straight of election campaigns, and three elections, all of which failed to produce a conclusive result? Or is it that one man with three indictments against him, all of which constitute a fundamental breach of the trust expected of an elected official, was capable of dragging us through increasingly divisive and acrimonious election cycles, and still emerge as the Prime Minister?

Was it the wholesale abandonment and betrayal of the electorate, by twenty Knesset members, without any feelings of guilt or shame? Whether it be Orly Levi Abekasis who took votes from people like myself who voted for her because she was on a list with Meretz, and then defected to the Right-wing bloc in what looks like unconscionable, premeditated subterfuge and vote theft?

Or, was it Benny Gantz and fourteen other Blue-White members, who abandoned 600,000 voters; military commanders leaving their soldiers helpless on the field of battle, broken and adrift, leaderless, their hopes shattered into so many pieces that it seems impossible to regather?

They watch in horror and disgust, as their party’s “leadership”, for whom they fought, rallied and campaigned, ditches their own party platform, throwing it aside as if it was nothing more than a bag of garbage destined to rot at the bottom of a refuse dump. And they cringe as they watch them crawl into a coalition with the very person who for 18 months they rejected outright as a legitimate coalition partner because of serious criminal indictments against him, all in the name of “national emergency”.

Such an emergency, that for a month they dallied and negotiated, not about Corona or the collapsing economy, but about building a legal mechanism to ensure rotation and providing legal cover for an indicted Prime minister for when he leaves the protection of his position. Oh, and annexation of the West Bank. Very important issues to fight Covid-19, right? And in a complete about-face of principle, they watch as these same people who preached about cleaner politics and who declared that they would protect the Judiciary at all costs, aid and abet him to circumvent the Supreme Court and to pass legislation which entrenches his position. Is it that?

Or is it Amir Peretz who took the votes of people who are categorically opposed to any kind of annexation of the West Bank, to join a government where it is the immediate and central order of business? 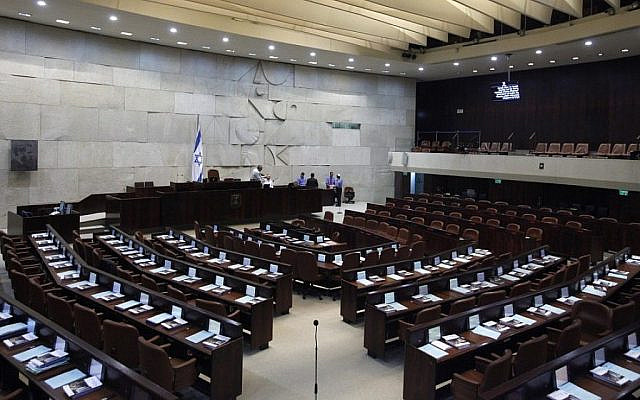 They are all just as contemptible. They stole our votes and left us leaderless and helpless to do anything about it. An electoral system can only work for as long people have faith in it. For about half of Israel’s voting public, there is no longer any. A system that cannot hold the people they elected accountable and answerable because they voted for a party list, not specific candidates, fosters a culture in which politicians feel no personal obligation to their voters. They relate to our votes as their property, to do with them what they will. For as long as those we elected felt a sense of loyalty to their constituents, or as long as their sense of shame prevented them from acting so duplicitously, the system somehow worked. However, what we have witnessed over the last month is evidence that our system has finally broken.

Is it that the efficacy of the proportionate representation system has run its course? That for as long as there was a shred of public responsibility and decency in our politicians, it could work, but the moment cynicism, careerism, self-service, and political expediency replaced their sense of shlichut, it disintegrates into disarray?

Perhaps it is that the proportionate system makes it impossible for one party to have a clear majority, forcing the country into a chronic culture of unscrupulous political extortion, distorting national priorities, enabling small parties which hold the coalition’s survival in their hands, to implement their extremist political goals, and causing the government to neglect and not address important problems until they reach crisis proportions? The Covid-19 crisis illustrates this so glaringly. While no country’s health system can prepare for a plague like this, let us remember that for an entire decade (except for two years), Israel has had no Minister of Health to sit in the Cabinet and bang on the table. Instead, we have had a deputy minister who oversees a health system on unstable chicken legs. And despite recurring reports of a dire lack of hospital beds, (illustrated every winter by horrific stories of hospital overcrowding), and a disturbing paucity of qualified doctors and nurses, the successive Netanyahu governments, extorted by Right-wing parties in his coalition, decided it was more important to encourage building in the West Bank than to build hospitals, subsidize medical students and revamp the salary system for doctors and nurses to attract students to these professions. 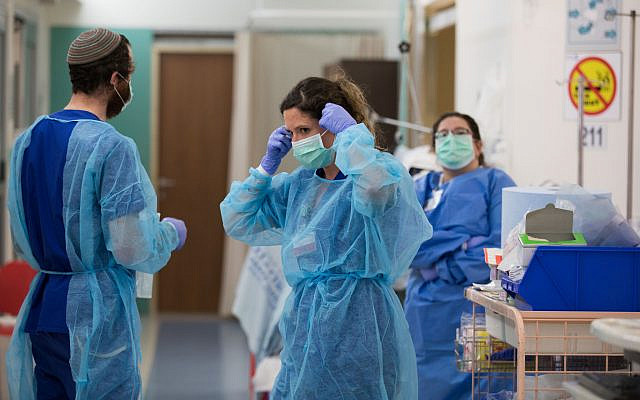 Is it that the political system has become so mangled and corrupted by self-interest, ideological fanaticism, and expedience that in order to govern it is necessary to sacrifice our democracy? In a functioning democracy, there are three branches of government; the executive branch, the legislative branch, and the judicial branch. Each is supposed to act as a check on the power of the other, to maintain balance and ensure not only that the will of the people is heard, but that the constitutional rights of all its citizens and those dependent on it are protected. Under Netanyahu, through cronyism and a culture of rewards for those loyal to him and political oblivion for those who are not, has manipulated the legislative branch into becoming an extension of the will of the executive branch. The unanimous vote of all the Likud MKs to dissolve the Knesset in April 2019 is proof of just how compromised the party is. And, given that the Prime minister nominates, and the Knesset approves, all the institutional watchdogs – the AG, the Chief Prosecutor, the State Comptroller, and the Police Chief, those positions which are supposed to act as checks and balances to the government’s and politicians’ excesses compromised. That leaves the Supreme Court as the last bastion of our democracy, to ensure that there are limitations of Netanyahu’s and the Knesset’s power. That is why for two years the Supreme Court has been under siege, while the coalition has threatened to curtail its authority and control its purview. Should they succeed, Israel would remain a democracy in name only; in practice, it would be a majority party dictatorship.

The initiative to pass legislation to limit the Court’s power has been held at bay thanks to a fighting opposition and parliamentary parity between the Right and the Center-Left. However, the constitutional changes that are needed to ensure the formation of this unity government born in deceit, will finally achieve what Netanyahu and his Right-Wing settler coalition have been pushing for. And that would spell the end to our democracy.

Perhaps it is that the newly formed unity government will have an unprecedented 36 cabinet ministers and 16 deputy ministers? Out of a coalition of 72 MKs! We don’t yet know the damage Covid has done to our economy and we will have 52 members of the government dining at the elaborate banquet of our hard-earned tax dollars, while our elected “leaders” show cavalier disregard. We had an 8 billion NIS deficit even before Covid-19 struck, and now with this bloated government which will cost in excess of 1 billion NIS they are “acting responsibly”? And, the fact that they do not feel that they have to answer for this gross largesse with our taxes, is the result of an impotent system in the face of self-serving politicians who have lost all sense of decency and who hold us all in contempt.

For shame! We need a new system.