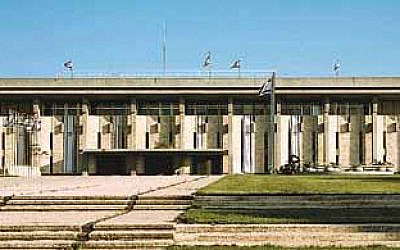 Hallelujah! We Have a Government. Finally at last! And it’s unique in being one that nobody wanted and no one voted for. All over Israel yesterday people who were watching the nightly news programs on TV were astonished to find that an agreement had actually been signed, wondering why it took so long to achieve, and trying to weigh up who are the winners and who are the losers.

This new entity is an unwieldy assortment of career politicians and untried newbys, and may well be destined for early disaster or dissolution. Or so the experts who sound off each night on the various news programs or express their views in the printed press or social media would have us believe.

But they all seem to overlook – whether deliberately or not – two basic facts. First, it saves us, at least for now, from having to face yet another general election after the three previous ones, each of which left the country divided, not to mention all the uncertainty, expense and opprobrium that an election involves. And second, we are in the throes of a major health and economic crisis caused by the Coronavirus, and this unique situation requires a reasonably stable government at our helm. It is for the sake of providing some kind of unity and saving the country from yet another election that Benny Ganz justifies his abandonment of all his previously vaunted views about policy, and about Bibi Netanyahu in particular.

Looking around at the rest of the world, we see that many governments haven’t been particularly successful or adept at dealing with the pandemic which is basically a universal phenomenon. Some governments acted more promptly than others in imposing a lockdown of one kind or another, and their infection, death and hospitalization statistics reflect this. Israel is in a fairly good position in this respect, partly because the Prime Minister managed to act in an autocratic way and although he may be dishonest (which politician isn’t?), he’s certainly no cretin, and he based his actions on sound scientific evidence and advice.

So now Israel is having to come to terms with a new situation, one which takes us to the unfamiliar territory of having a huge government (over thirty ministers) from all different kinds of political parties, with conflicting policies and agendas, and the prospect of a changeover of leadership in another eighteen months. Many pundits have predicted that the moment of handing over will never actually arrive, despite Netanyahu’s televised promise that it will happen ‘without any tricks or schticks,’ to use his own picturesque phrase. When it comes to rhetorical ability, Netanyahu is unbeatable (no Yahoo he, to steal Jonathan Swift’s term).

Now we wait with less-than bated breath to see what happens next. Will Netanyahu manage to steer the ship of State safely to the harbour of an easing of lockdown restrictions so that the country can return to some semblance of normality, or will his opponents both within his own party and those from the rival factions manage to put a spoke in the wheels of government? Will we find ourselves confronted by perpetual infighting or – wonder of wonders – harmony and unity emanating from the curious assortment of individuals who now comprise the government of Israel?

The old Chinese curse, ‘May you live in interesting times,’ has certainly come home to roost in Israel.