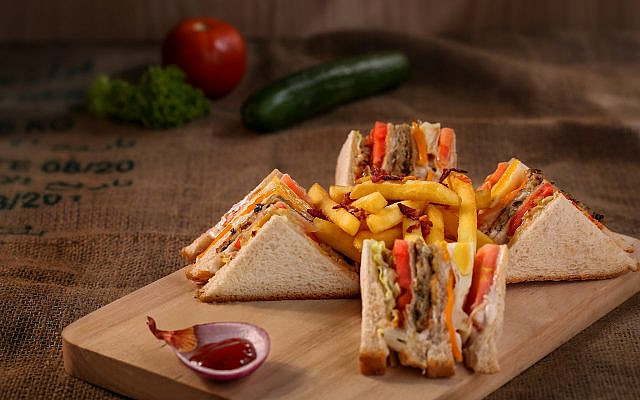 When I was at school, quite a few years ago, sandwich board men carrying their advertisements were a common sight. These men were hired to carry placards up and down the streets encouraging passers-by to purchase various goods and services.

Among the men with adverts, there was one whose boards proclaimed:
The end of the world is nigh.

As schoolchildren, just starting on the great adventure known as life, we all laughed at this ridiculous idea. But lately this prediction is looking more and more likely to come true. The world is changing out of all recognition. Even something as innocuous as my old school’s location, in London’s Whitechapel, can bring a torrent of abuse from those looking for an insult wherever they can find one. It may not be long before this area, once a centre of Jewish life, is renamed Blackchapel. There are certainly few Jews to be found in the “vibrant, multicultural district in the East End, with many traditional pubs and curry houses, and the lively Whitechapel Market, a focal point for Asian food” as Google tells us.

Even Whitechapel’s famous kosher restaurant, Bloom’s, gave up the struggle and closed its last branch some ten years ago.

Today, Whitechapel’s main claim to fame seems to be its association with the mysterious serial killer known as Jack the Ripper, although Whitechapel is now considered a safe destination for tourists. Curiously, if you are looking for danger, Westminster, in London’s West End has the highest rate of violent knife crimes in the country; 35 per 10,000 residents. Perhaps, as bank robber Willie Sutton is reputed to have said when asked why he robbed banks – That’s where the money is.

For the no-longer United States, the end is most definitely nigh. What should have been an unremarkable hand-over of power – the epitome of democracy, with the country’s leaders bowing to the will of the people – has become a full-scale circus. One sign of the confusion is the fate of long-gone Winston Churchill. In the Oval Office, President Biden has replaced a bust of Winston Churchill with one depicting Rev Martin Luther King. The bust had been removed by Barack Obama only to be replaced by Donald Trump. It is good to know that presidents of America, the champion of the Western World, have time on their hands to move Winston around.

As is the tradition, the incoming president has thrown out most of the reminders of the outgoing president’s stay in the Oval Office. But at least the Resolute desk remains. Perhaps the new president does not know what happened HMS Resolute, a British Arctic exploration ship from whose remains the oak desk was built. A British Navy ship, it was trapped in the Arctic’s ice until recovered by the American Navy. Let us hope that if President Biden is ever trapped behind the Resolute desk, the British Navy will return the favour and be there to rescue him.

But, for many Americans, President Biden being rescued by Great Britain, or anyone else, would, indeed, be the End of the World.