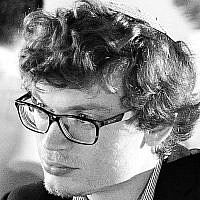 America churns out mountains of compelling entertainment, but its best show is arguably its political scene. It was only a matter of time before a true showman would come to dominate it. But all things must end, and I don’t want you to feel like you did when you saw the last Sopranos episode.

You don’t need me to tell you that the Donald knows how to work “the media.” But perhaps “the media,” its attention span greatly reduced by the constant quick fixes necessary for the 24-hour news cycle, is failing to put the debacle in context. What’s even worse, the sensationalism of Standard Trump Articles (STAs) bores me to tears. The tycoon may have won in New Hampshire, but this entire candidacy will never grow beyond what it truly is: first-rate material for late night comedy. (To be fair, Trump’s a good sport.)

Because of Trump’s vehement personality and the disproportionate amount of coverage focused on him, there is no way to avoid him. You know about Trump, and you have one of two opinions. You either love or hate him. There is no “Gee whiz, I’m just not sure about this guy.” This has implications. If you don’t support Trump, it’s because you loathe him. The exception to this rule might be the base of fellow free spirit Ben Carson, who, once their top pick throws in the towel, may put their weight behind Trump. Nonetheless, even if this happens, it won’t be enough.

The Republican field is huge. In the end, however, it will come down to a choice between Candidate X and Trump. Candidate X will be favored by all those who despise the businessman – perhaps minus Carson-supporters. Look at Iowa according to my formula. Trump, if all of Carson’s supporters end up backing him, will be at about 34%. Candidate X will have everyone else. The delegates are split 10 to 20, respectively. In New Hampshire, the Band of Outsiders would be around 38%. Again, Candidate X gets everyone else. Delegates break down 10 to 13. At the time of writing, RCP shows that Trump and Carson together are at 37.3%. Then there is everyone else.

Of course, predicting to whom delegates and superdelegates will migrate is tricky business. But there is one problem with having a war of attrition with the establishment: it’s one guy against literally – you guessed it! –everyone else. Remember that one rocker that fought the law? Well, the law won.

Principled conservatives will surely favor Candidate X over the flip-flopping ideological mess that is Trump. With that said, since everyone is already doing it, I’ll throw in my two cents, too. The final battle for the GOP nomination will turn out to be somewhere between a 2:1 and 5:3 victory for the actual Republican. Done.

So while many would love to see the show go on, the curtain will soon fall. Sorry for spoiling part of the Republican selection process’ excitement for you, but I think it’s high time to realize that the hysteria around Trump is indeed pathological. With the end of Trump in sight, all that remains to be seen is who Candidate X will be.