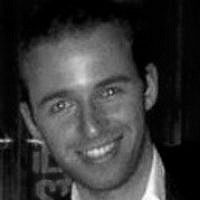 On July 22nd, the Foreign Ministers of the European Union’s Member States voted in favor of classifying Hezbollah’s military branch as a terrorist organization. What does this move decision, mean? In itself, the European national foreign policy bodies agreed to impose hardly applicable sanctions such as assets freeze, visa obstacles, diplomatic boycott and financial restrictions to an entity difficult to define and delimit. In itself, setting Hezbollah military branch as a terrorist organization comes as a clear message over the stance of the EU in regard to the Syrian conflict but provides little operational help as to how enhance the security in the region.

For this, the European choice to finally identify a part of Hezbollah’s military branch as a terrorist group has to be read as an essential first step which is not sufficient per se to check the deadly policies of the Iranian proxy.

This decision must be considered as crucial due to the geopolitical situation Hezbollah is facing. As Nasrallah is driving its movement deeper into the Syrian civil war, the self-defined party of God is coming to the end of an era. The early 2000s saw the movement obtaining an almost sacred moral clout among the Arab populations of the Middle East. It appeared as if it was the only armed force able to block Israel’s policies and for this it gained and maintained a moral high ground.  Two elements are coming to destroy this position. The role played by Hezbollah in Syria, shows real nature of the so-called Party of God: an Iranian proxy fighting for regional hegemony. This posture has weakened its pro-Arab stance as it is involved in mass killings of Syrians and Palestinians. For this, the decision of the European Union comes as an additional layer of official criticism to an embattled organization losing its legitimacy.

In addition to that, defining Hezbollah’s military branch as a terrorist organization is instrumental as it officially states part of the problem. Concretely the EU’s Member States have sent a message: the European territory and European citizens will no longer be openly used as a safe haven for recruitment, proselytism and financing of Hezbollah’s terrorist operations. Hardly enforceable as it is, this move shows the unity of 27 governments and their willingness to undermine, even if only diplomatically, an organization which has been waging terrorist attacks worldwide.

This step is nevertheless not sufficient for three reasons.

This step is not sufficient as it arrives too late. The EU willingness to define part of the Hezbollah as a terrorist organization comes after the movement has been waging a 25 years long international terrorist campaign. Hezbollah as a whole has targeted since 1985 European populations, Israeli civilians, Jewish communities and Syrian and Lebanese opponents. Its actions have single handily brought war upon Lebanon in 2006 and are throwing the country back into the chaos of civil war. The EU has waited too long to denounce the most organized and state lead terrorist organization of the early 21st century. This lack of determination has enabled Hezbollah to become a truly global player activating terrorist cells worldwide, benefitting from the support of partner states and setting up a financing system based on individual allegiance and criminal activities.

This step is not sufficient as it does not tackle Hezbollah’s rationale. In fact, the EU has explicitly denounced Hezbollah’s military actions, not the reason behind them. The EU condemns the killings of Jews in Bulgaria but not the will to wipe out Israel as a State. In their decisions, the European foreign ministers have left untouched the so-called ‘resistance’ concept. This concept is built upon a rhetoric of liberation of an imagined Arab land. In fact, Hezbollah is not a resistance movement; its actions prove it to be an aggressive terrorist organization activated by the Iranian regime to wage war against Israel, to destabilize the Sunni Gulf Monarchies, to keep Lebanon subdued and to back Bashar Al Assad.

This step is not sufficient as it misses the core point. Hezbollah as a whole is a terrorist organization. The raison d’être of the movement is based on war, on terrorist campaigns against civilian populations. A difference between socio-political elements and armed ones is futile as without armed units Hezbollah would cease to exist as the political force today ruling Lebanon. Any non-violent activity undertaken by the movement is a façade, an excuse to gain legitimacy in the eyes of its supporters. Without a permanent state of war, the movement who chose to an AK -47 on its flag, would have no apparent reason to exist. This is why it needs to keep Lebanon down, this is why it participated in the killing of Rafiq Hariri in 2005 and started a war against Israel in 2006. This is why it took a civil war feeling back to Lebanon in 2008 and why today Hezbollah is using all its means to quell the Syrian rebellion.

The EU move against Hezbollah is an essential first step toward the right direction: the marginalization aimed at containing the terrorist movement prior to further decisions targeting its long term eradication.