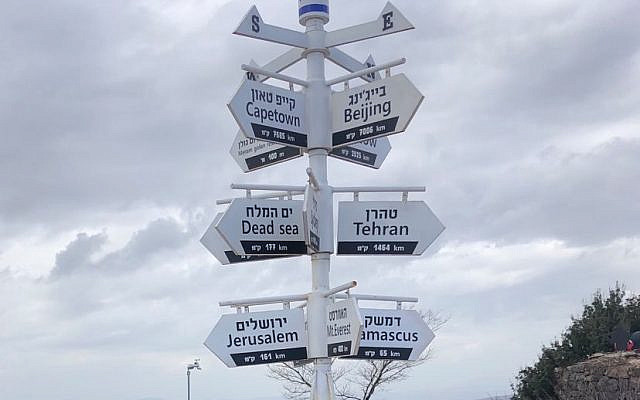 In Parshat Shoftim, Dvarim 19:8, we read about the expansion of Israel’s borders during the final redemption:

The word “yarchiv”, expand, takes us back to the story in Breisheet 26:19-22 of the well which Yitzchak named “Rechovot”, Spacious:

Yitzchak’s servants dug in the valley, and found there a well of spring water. The shepherds of Grar argued with Yitzchak’s shepherds, saying, “The water is ours”. He named the well “Esek” (quarrel) because they quarreled with him. They dug another well, and they also argued about it: and he named it “Sitna” (obstruction). He moved away from there and dug another well; and there was no argument over it: He named it Rechovot (Spacious); and he said: Now God has made room for us and we will be fruitful in the Land.

Ramban explains why the Torah goes to great lengths to tell the story of the wells:

There is a hidden matter contained in this incident, for it comes to inform us of a future event. A “well of water” is a hint to the Beit HaMikdash (Temple) which the descendents of Yitzchak will build. This is why it mentions “a well of spring water” as it says in Yirmiyahu 17:13 “God, the source of fresh water.” Yitzchak called the first well Esek (Quarrel) which alludes to the First Temple, over which our enemies quarreled with us, engaging us in many conflicts and wars until they destroyed it.

Yitzchak called the second well Sitna (Obstruction) a harsher name than the first one to allude to the Second Temple which is called by that very name, as it is written (Ezra 4:1) “During the reign of Achashverosh at the beginning of his reign they wrote a hateful accusation (sitna) against those who dwelled in Yehuda and Yerushalayim” and all its days the enemies were hateful to us until they destroyed it and we went into a terrible exile from it.

Ramban concludes: Yitzchak called the third well Rechovot (Spacious) as an allusion to the Third Temple, may it be rebuilt speedily in our days. It will be built without conflict and without dispute and God will expand our borders as it says (Dvarim 19:8) “When HaShem your God expands your borders” which speaks of a future time. And concerning the Third Temple it is written (Yechezkel 41:7) “It broadened (u’rechava) and expanded upward. The verse ends with the words “and can be fruitful in the Land” alluding to the fact that in the future (Zepahania 3:9) “all of the nations will serve God with a single resolve.”

Rashi comments that “When HaShem, your God expands your borders in accordance with the oath of your forefathers…” (Dvarim 19:8) refers to God’s promise to Avram in Parshat Lech Lecha,  Breisheet 15:18-21: “On that day God made a covenant with Avram, saying: ‘To your descendents I have given this land, from the river of Egypt as far as the great river, the Euphrates. The lands of the Kenites, Kenizites, Kadmonites, the Chitites, Perizites, the Refaim, the Emorites, Cnaanites, Girgashites and Yevusites.

Rashi points out that there are ten nations listed here, yet God us only the land of the Seven nations. The three whose lands were not given, Keini, Knizi, Kadmoni (Edom, Moav and Amon) are destined to be possessed in the future, after the coming of the mashiach as it says in Yishayahu11:14: “They will overpower Edom and Moav and the Amonites will obey them.”

We see from here that in the days of the Third Temple, the borders of Israel will expand. In the meantime, there is still plenty of room within our current borders for Jews from around the world who would like to make aliya now, rather than wait for the arrival of the mashiach.