So who has been the longest serving British Chief Rabbi? Nathan Marcus Adler – 1845-1890. And who wrote the Singer Prayer Book? Nathan Marcus Adler. And who created the United Synagogue, what we now call Jewish Care and ministers giving sermons from the pulpit? Yes, Adler. Jews’ College? His foundation again. And why is the community 75 percent Orthodox? Absolutely.

He seemed forgotten, which is why I decided to write a biography about the most successful Chief Rabbi we’ve ever had.

He was a genius at getting his own way – a technique Theresa May might well copy today. He started with a string of objectives, all of which he achieved, in spite of strong opposition. As negotiations proceeded, Adler would appeal “for peace for my sake”. And when he got what he wanted, the opposition could make the excuse that they had only given in for the sake of peace. It should be taught at the London Business School.

Nathan Marcus Adler spent half his long life in Hanover in Germany. He was the Chief Rabbi there for 15 years before he came to London. He was then elected by a large majority in what has been described as the first democratic election for British Chief Rabbi. It was nothing of the sort. It was fixed by the head of the Great Synagogue, Lionel de Rothschild, whose father, Amschel, had been a friend of Adler’s father. London shuls had 70 percent of the votes.

Rothschild was influenced by the Duke of Cambridge, who was viceroy in Hanover. Adler held prayers in Hanover shul for the recovery of the Duchess of Cambridge from a serious illness. When she got well again, Cambridge supported Adler ever more. And Sir Moses Montefiore wanted Adler for the quality of his sermons, and he was Rothschild’s uncle. The election was fixed.

The book uncovers a lot of new material. Adler, for example, was the only Chief Rabbi to escape assassination. A man in the congregation one Friday in 1875 pulled out a gun and said he’d been told to kill all the Jews. How Adler survived is in the book.

When he first arrived in London from Germany, his contract specified that he must learn English in two years. He was giving sermons in the vernacular in one. The community was Talmudically in a poor way; there were no rabbinic families, as there were on the Continent, no rabbis in fact, apart from the dayanim of the Beth Din who had been recruited from eastern Europe. It took years for the right candidates to be trained, but good ministers came from Jews’ College.

Adler didn’t set out to develop a community of Charedim. It would have been a step too far. He did make Orthodoxy the standard for almost all the Jews in the country.

As he said at his inauguration, binding the community together was “extremely difficult to guard at a time in which one party seeks its glory in pulling down existing structures of religious practice; the other in preserving everything hallowed by age, though opposed to the foundations of law”.

Adler, however, was up to it. The Progressive movement remained, effectively, Orthodox during his lifetime. He was also a good father, a good husband to both his wives, and an ally to Moses Montefiore. He also did all he could for the poor in the community. Nathan Marcus Adler may have been forgotten, but his achievements live on. 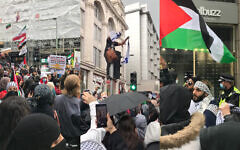