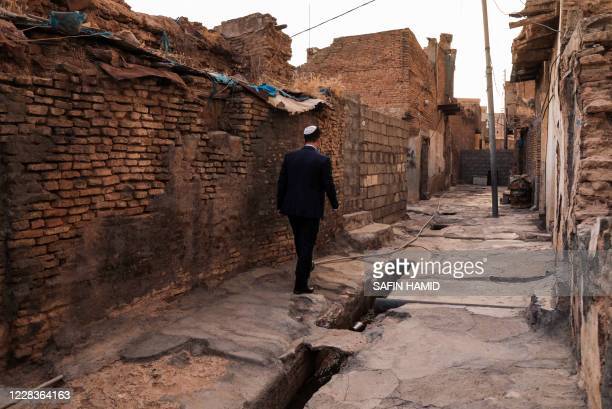 As the Second World War raged around the world, the long history of Jews living in Iraq came to an end.

Jews living in Iraq can be traced back to the destruction of the First Temple in 586 BCE. Many Jews living in Judah were exiled to Babylon after the fall of the Jewish Kingdom. Following the return to Zion a number of Jews stayed in Babylon and the first diaspora was born.

For a few centuries Babylon was a center of extensive Jewish learning, particularly after the destruction of the Second Temple, when the Babylonian Talmud was written.

Jewish life was up and down over the following centuries and throughout Ottoman rule. There were years of persecution and years of some tolerance. Jews were fairly well integrated in Iraqi society during the years of British rule in the 1920s and after becoming an independent kingdom in 1932. Jews particularly prospered in the capital, Baghdad, where they grew to almost a third of the population of the city. Of the estimated 135,000 Jews in Iraq at the time, about 90,000 lived in Baghdad. However, with growing resentment against British rule and the rise of Zionism, so did the precarious position of the Jewish minority of Iraq. https://encyclopedia.ushmm.org/content/en/article/the-farhud

In 1939 the anti-Zionist and anti-Semitic Mufti of Jerusalem, Haj Amin al-Husseini, fled the British Mandate in Palestine and snuck into Iraq. There he was welcomed and free to proclaim anti-Jewish statements. In particular, al-Husseini worked closely with the German ambassador to Iraq to promote pro-Nazi propaganda.

In April 1941, the pro-British government was overthrown in a coup and replaced by a pro-Nazi regime. One of the first acts of the new government was an attempted attack on a British airbase in Iraq which failed. Enraged, British forces reentered Iraqi territory and advanced on Baghdad. However, they waited before entering the capital city.

There are some questions as to how the violence against the Jewish population began. It appeared to be planned. There are also questions on why the British hesitated before entering Baghdad. One speculation is that they wanted the “sectarian” violence within the city to play itself out.

The pogrom known as the Farhud began on June 1, on the Jewish holiday of Shavuot. According to some testimonies, homes with Jewish residents were marked and targeted a few days before.

Jewish residents in Baghdad were seen as outsiders, despite their long history there. They were viewed by Arab nationalists as collaborators with the hated British, as well as sympathetic to the despised Zionists.

On June 1, large crowds congregated around the Jewish quarters of Baghdad, many carrying knives, batons, and guns. The violence over two days was brutal and deadly. Countless properties were damaged and looted. Hundreds of people were slaughtered, possibly more than that. Survivors were mutilated and raped. There were accounts of children thrown into wells and people thrown off rooftops.

Some Iraqis tried to protect Jews, often putting their own lives at risk. During one of the attacks, a 70-year-old Muslim woman reportedly offered shelter to all her Jewish neighbors. https://honestreporting.com/farhud-massacre-ended-iraqs-2600-year-old-jewish-community/

Despite the massive death and destruction in Baghdad, most Iraqi Jews remained. However, the end was near. After the establishment of the State of Israel, Iraq was technically in a state of war with the new nation and made it known through increasing harassment that its own Jewish population was not welcome. Between 1949 and 1951, most Iraqi Jews emigrated to Israel, their businesses and properties confiscated by the government of Iraq. 124,000 Jews were brought to Israel.

Over the next decades, the small remnants of the population continued to flee Iraq. Today the Jewish population is estimated at less than 10 people.