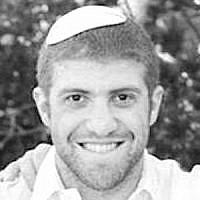 The Blogs
Ari Wruble
Apply for a Blog
Advertisement
Please note that the posts on The Blogs are contributed by third parties. The opinions, facts and any media content in them are presented solely by the authors, and neither The Times of Israel nor its partners assume any responsibility for them. Please contact us in case of abuse. In case of abuse,
Report this post.

College is all about starting your life, making the foundation of your career and pay ladder (in a sense), as well as a time for personal growth and maturity. College has another very important purpose in your life and that’s having a social life, with the focus on the opposite sex. Men and woman in Israel, when they first start college, are not only in an age gap, but also in a different mental state as well.

I’ll explain: Let us start with the men. Most of the men on Israeli campuses begin college after a period between 3-6 years. Within that period, they have gone through some post high school system whether it be machina, yeshiva, army or a combination of these. Then they need to take another year for Psychometric testing or to work to pay for school. For many of us (not all of us), this was a period of self-learning, growth, and maturity. On the other hand, the women — most of the women have a period of 1-2 years post high school, where they either do some form of community service or army. Most of them find ways to take Psychometric exams within that period, or take an additional year to do so. Then they start school right away. Their own growth and maturity can come before and sometimes even after college. You can probably tell already, that this fact make the differences between the sexes huge, causing a large gap between the groups when they both start school.

Here’s where the fishing theory lends guidance to this situation. When women “fish,” they put so much effort into everything that surrounds fishing except for the fishing itself. For hours, they need to find the right clothes, the right equipment, the right seat. Everything needs to be perfect. But, what happens when they catch a fish? I think we all know this….”It’s too smelly, it’s too gross, or they feel bad for the fella” and then what do they do…they throw that fish right back into where they pulled him out of….and then, do they stop? No — they do the same skit to the next fish…and over and over again. It would seem, it’s the act of fishing and not the fish they are really interested in…

Men on the other hand, they are ready. Doesn’t matter what we are wearing — we just want to get out there with the fellas. We can wait for hours, in the sun, in the mud, standing, sitting — it doesn’t matter. The second we catch one, we are happy, so happy — we feel like men. Men just don’t catch fish for the sake of catching — we then clean it, and take care of it, and eventually prepare a great meal from it, appreciating the hard work and the contribution of the fish to our evening.

As a college student I see this first-hand — the way that men and women fish is also the way that they see dating in college. During their first year in college, men are already older, have had many years where dating was not even a possibility. Finally, when they are at that stage when they are offered possibilities of a date, they are ready to commit and have a serious relationship. The women in their class, on the other hand, are still young; they still don’t know who they are. But that doesn’t stop them from talking all day about the fact that they want a man in their lives or how hard they are trying to get one. Here is where the problem even gets more complicated. When the woman is suggested to a man, he’s ready — without thinking too much about it. Just a date, a nice time, works out then it works out, if not, then no. The woman on the other hand, when she’s finally presented with a man, who she could have been into, or had been giving him signals of interest all year — she runs! She tells herself: “what am I doing? I’m only in my first year, I need to focus on my studies, and I don’t have time for a boyfriend.” Women will run before even getting to know the guy, or at least sitting with him in a group to see if there’s something there. I can’t even write the excuses that they give because there are too many, but I’m sure there well known both by the teller and the accepter. Then give or take a week or two, they go back to being their flirty selves with someone else.

Now I’m not a sexist. I am simply saying what I see actually happening in college. If people are angry with me for saying the truth, I’m fine with that. Nobody said the truth was easy to listen to, and a lot of the times it’s not, but it must be said.  Now there can be pros and cons about what I am saying. I’m not denying that. But if you still don’t agree with most of what I’m saying, then explain to me the “last year effect”? You don’t know what that is? Well then… Allow me to explain it to you. Around the last year of college, women start to get stressed. Some of it is from the fact that they are ending school, they need to find a job, where to live, with whom to live, and more. In my opinion, the main reason is because they are starting a new life, an adult’s life and they have no one to share it with. Think about it, their last year at college is when they start to really want a serious relationship, when at the same time, men their age, and at this stage, are actually starting college. Don’t you find that interesting? They are basically fishing in different time zones.

Well, my friends, it’s just a theory and theories are not written in stone. There are always reviews about them, what’s wrong and what’s right about them. But before you give me a review on what you have to say about it, look into it. Don’t come from a negative point of view because I described something that made women look bad, and men perfect. We are all far from perfect (men in particular). I’m talking about this from the college student’s point of view. So now I invite you to step into my shoes and look around, what do you see?

About the Author
Ari Wruble has a BA from Ariel University in behavioral sciences and is a certified life coach. He is a full-time advisor and advocate (Hasbara) for Lone Soldiers, Lone Bnot Sheirut and olim families regarding national service at The Michael Levin Base. Ari loves to find the time to write things as he sees them.
Related Topics
Related Posts
Comments