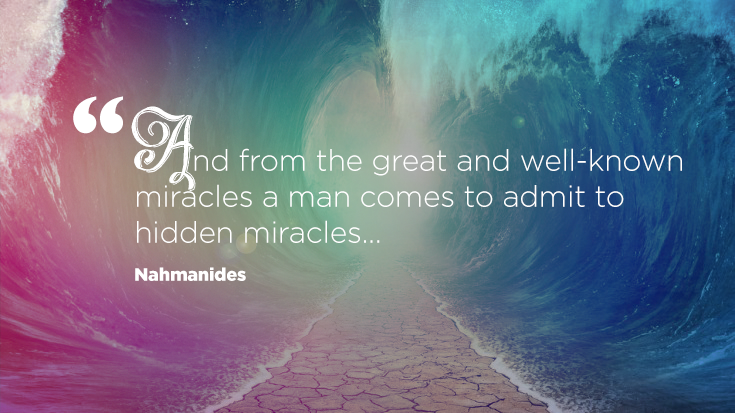 Years ago I heard the following story from Rabbi Israel Meir Lau, the former Chief Rabbi of Israel. It will require a bit of your imagination:

An Olympia airline plane lands in Athens, Greece. An old man steps off the plane. He is none other than Socrates, the great Greek philosopher, now a very old man, having been away from his home for hundreds of years. He steps off the plane and a young Greek porter at the terminal runs up to him to offer some help. “May I take your bag?” asks the porter. The old Socrates looks at the young man confused. “What language are you speaking?” “Greek,” replied the young man. “But why are you not speaking our classical Greek?” asks Socrates. “This is how we speak Greek today” replied the porter, “I studied a little classic Greek in university, but no one speaks it anymore”. The old man leaves the airport to visit his homeland and to his dismay sees nothing familiar. He looks for the usual Greek idols which used to line the streets of Athens but instead he sees a Greek Orthodox Church, a completely different religion. He hears people talking but no one speaking his classic Greek language. He has nothing in common with these people, just geography.

Another plane lands in Rome, Italy. An old man of great Roman descent steps off the plane, his name Julius Caesar. A young Italian porter runs to greet the old man. “May I help you with your bag?”. “What language are you speaking?”, asks Caesar. “Italian”, answers the porter. “But why are you not speaking Latin, the traditional and classic language of our people?” The young man chuckled, “No one speaks Latin anymore, some study it in the universities but now we speak Italian.” The old man asks to be taken to his hometown, to the legendary city of Pompey but he sees that no-one lives there anymore and that like his beloved Coliseum, it is now just a museum for tourists. He learns that Rome no longer rules over other countries but just another city in a larger country called Italy. The Rome of today is not the Roman empire of yesterday.

One last plane, this one, El Al airlines lands in Ben Gurion airport near Tel Aviv in Israel. A very old man who never visited Israel in his life walks off the plane. An Israeli porter climbs up the stairs to greet the old man and says to him: “Shalom Aleichem”. The old man responds: “Aleichem Shalom”.

The young Israeli porter asks the man: who are you? The old man answers: “I am Moshe. Moshe, the son of Amram. I was never here in Israel. I died in Moav, in the East bank of the Jordan River after leading my people in the wilderness for 40 years. What is your name? “Moshe, my name is also Moshe”, the porter answered.

“I was born in Egypt,” the old man said, “Where are you from?.” “I was born in Georgia, which used to be part of Russia and now I live here in Israel, can I take your suitcase?” “Oh my suitcase,” the old man said,  you reminded me, I forgot to bring my tefillin. Do you know what tefillin are?”. The porter rolled up his sleeve and showed the old man the 7 marks on his arm from the tefillin he had just put on and tells the old man “My tefillin are here in my locker, I’ll go get them for you”.  The old man responds “You have the tefillin I gave more than 3,000 years ago? Do you know what is written in them?” “What else,” answered the porter, “the Shema.”

Despite the fact that so many have ruled over our people, the Egyptians, the Babylonians, the Persians, the Greeks and the Romans, those empires have vanished and the Jewish people remain. As we will say on the night of the Seder:In every generation our enemies rise up against to destroy us but God saves us from their hands. This famous phrase from the Haggadah is not simply statement of history or fact — it’s a statement of our theology, of our belief system.  The Jewish people survived the Greeks and the Romans and we speak the same language, use the same names, and recite the same Shema because of what we call “hashgacha” or Divine Providence: our belief that God involves Himself in history and ensures the survival of our people.

The great rabbinic sage and mystic, Nachmanides and other scholars believed this is the fundamental lesson of the Exodus and the main point of the Seder – to impress upon ourselves the fundamental Jewish belief in a God who not only created the universe but who continues to intervene in the affairs of  humankind, a God of creation and of history. A Being who not only created the world but when He saw His people being oppressed, came to their rescue.

The great Jewish German Philosopher, Rabbi Samson Raphael Hirsch believed this was precisely the message behind the mitzvah to eat Matzah and the prohibition to possess Chametz. After all, what is the reason the Torah gives for eating matzah? The Torah tell us: Because in a haste you left Egypt (Deuteronomy 16:3) . The Jewish people left in such a rush the bread they were baking didn’t have enough time to rise. But who cares? Why does it matter that we left in a haste?

Rav Hirsch explains that the fact we left in a rush shows that the Exodus was not some kind of revolutionary movement or Jewish uprising against the oppressive Pharaoh regime. If it was, wouldn’t the Jews have known when they were leaving? Wouldn’t they be planning their own escape? The fact that they were involved in something as mundane as baking bread demonstrates that God orchestrated this whole event and that God was the one pulling all the strings. That, teaches Rav Hirsch, is what the Matzah comes to symbolize: That God was behind this event and can be found behind all events in history.

Chametz represents just the opposite. It symbolizes an attitude of arrogance that it is man and man alone that determines what happens in the world. It’s the bloated ego of the leavened bread. This helps explain why we make such a big deal of the Exodus, why we have so many references in our prayers all year round (Grace after meals,the Shema…) and why we have the Seder to re-experience this event. Because it’s all about “hashgacha” or Divine Providence. Do we believe God is involved in the world and in our own personal lives? Or do we just believe He created the world and set the world on automatic timer and just took off?

A few years ago I walked into a synagogue for Mincha (afternoon prayer) service. Seated patiently waiting for the service to begin was a young soldier in his American army uniform. I approached the soldier and introduced myself. He told me his name was Sandy Cohen and that he had just completed 12 months of service in Afghanistan. He came straight from the airport to the synagogue, before going home, so he could say thank you to God for keeping him safe over the last year. He said that he had seen a lot bloodshed and was just 100 feet from a suicide bomber who blew himself up and killed two of his friends. I handed him a prayer book and I noticed how well he followed the service. He told me that when he came to Afghanistan a year earlier, he wasn’t very religious but after that incident he felt he should be closer to God. He saw what happened, what thank-God didn’t happen to him in personal terms and so he wanted to thank God personally. For him that Mincha prayer service was his personal way of saying thank you to Hashem for protecting him, for saving his life.

That’s why at the Passover Seder we are supposed to see ourselves as going through the Exodus from Egypt: as though you yourself were redeemed from Egypt (Haggadah) because whatever kind of Egypt situation we find ourselves in, we believe God is with us and also somehow involved. Whether it’s in our careers and our ability to earn a living or in creating the kind of relationships we wish to build, we of course must do our own part, butPassover reminds us to recognize that Hashem also plays a role, in our lives as individuals and as a nation. Indeed, it is God’s hand in history that has allowed us and our rich Jewish heritage to survive the tests of time.

Unlike Socrates or Caesar, if Moses were to join us at our Seder this Passover I think he would feel more then at home. If that doesn’t reflect Divine Providence, then I don’t know what does.