Every Passover, the highlight of the Seder experience for me is the story in the Haggadah about the  Four Children. As is known in the common parlance, there are four children who we know by their descriptive qualities: the wise one, the wicked one , the simple one, and the one who cannot even ask a question. Oftentimes, as they are wont to do, parents enjoy new interpretations of these Children as they reflect upon the constant change and growth in their own children. So, too, as is the case within the Jewish philosophical approach to life, we take novel approaches in thinking about those around our table and those who aren’t around the table. 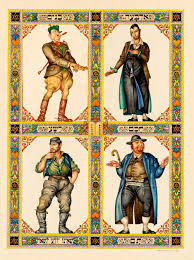 So, then, what is a new way to discern the Four Children for the present moment?

Firstly, there is the one longing to be a parent: the single person who has tried for years to find a life partner, to marry, and create a loving home, but hasn’t been able to; the couple  who have found each other by struggle with infertility; the same-sex couple longing for a biological child or to adopt, but are facing discrimination and the pain of bureaucratic recalcitrance. They don’t analyze the differences between their four children, but long for one of their own. We should be mindful as we discuss the Haggadah that those at are table longing to be parents may be in their own Mitzryim (Egypt, narrow place).

The Jewish tradition couldn’t be more clear about our responsibility in this regard. During this most auspicious time of year to think about “otherness” and the plight of the stranger, it is our moral obligation to think broadly and thoughtfully about our role in making the world a less broken place. In addition to the various mandates throughout the Torah, the great prophet Isaiah implores us to “Defend the cause of vulnerable children” (Isaiah 1:17). The Talmud reinforces his precept: The rabbis taught that one who rescues and raises a vulnerable child in one’s home fulfills a tremendous mitzvah, since there is a community responsibility to support them (BT Ketubot 50a) and we must allocate our communal funds to support these children” (Ketubot 67b). Rambam too explains how we must show the highest sensitivity toward vulnerable children: “Whoever irritates them, provokes them to anger, pains them, tyrannizes over them, or causes them loss of money, is guilty of a transgression” (Mishneh Torah, De’ot 6:10).

This year, indeed every year, as we study and recite the passage about the Four Children at the Seder table, let’s reflect on those longing to be parents and upon those children longing to be safe and loved. Currently, they are the fifth child: the child not yet present. But may we turn them into one of the four children. We will bring them in regardless of their wisdom, rebelliousness, simplicity, ignorance, or whatever their quality. We will love them for their humanity. And nothing less.