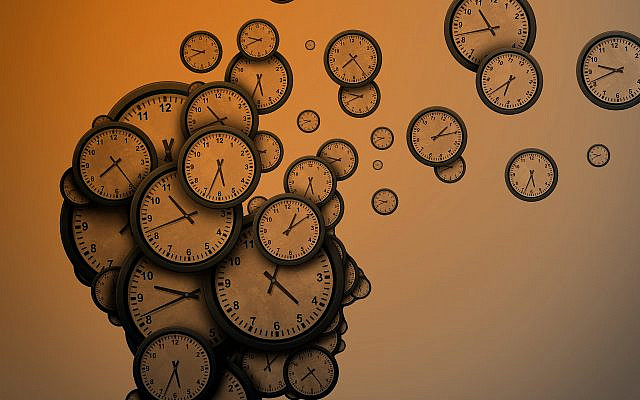 In our parsha, Joseph does something unusual. Revealing himself to his brothers, fully aware that they will suffer shock and then guilt as they remember how it is that their brother is in Egypt, he reinterprets the past:

“I am your brother Joseph, the one you sold into Egypt! And now, do not be distressed and do not be angry with yourselves for selling me here, because it was to save lives that God sent me ahead of you. For two years now there has been famine in the land, and for the next five years there will be no ploughing and reaping. But God sent me ahead of you to preserve for you a remnant on earth and to save your lives by a great deliverance. So then, it was not you who sent me here, but God. He made me father to Pharaoh, lord of his entire household and ruler of all Egypt.” (Gen. 45:4-8)

This is markedly different to the way Joseph described these events when he spoke to the chief butler in prison: “I was forcibly carried off from the land of the Hebrews, and even here I have done nothing to deserve being put in a dungeon” (Gen. 40:15). Then, it was a story of kidnap and injustice.

Now, it has become a story of Divine providence and redemption. It wasn’t you, he tells his brothers, it was God. You didn’t realise that you were part of a larger plan. And though it began badly, it has ended well. So don’t hold yourselves guilty. And do not be afraid of any desire for revenge on my part. There is no such desire. I realise that we were all being directed by a force greater than ourselves, greater than we can fully understand.

Joseph does the same in next week’s parsha, when the brothers fear that he may take revenge after their father’s death:

“Don’t be afraid. Am I in the place of God? You intended to harm me, but God intended it for good to accomplish what is now being done, the saving of many lives. (Gen. 50:19-20)

Joseph is helping his brothers to revise their memory of the past. In doing so, he is challenging one of our most fundamental assumptions about time, namely its asymmetry. We can change the future. We cannot change the past. But is that entirely true? What Joseph is doing for his brothers is what he has clearly done for himself: events have changed his and their understanding of the past.

Which means: we cannot fully understand what is happening to us now until we can look back in retrospect and see how it all turned out. This means that we are not held captive by the past. Things can happen to us, not as dramatically as to Joseph perhaps, but nonetheless benign, that can completely alter the way we look back and remember. By action in the future, we can redeem the past.

A classic example of this is the late Steve Jobs’ 2005 commencement address at Stanford University, that has now been seen by more than 40 million people on YouTube. In it, he described three crushing blows in his life: dropping out of college, being fired by the company he had founded – Apple, and being diagnosed with cancer. Each one, he said, had led to something important and positive.

Dropping out of college, Jobs was able to audit any course he wished. He attended one on calligraphy and this inspired him to build into his first computers a range of proportionally spaced fonts, thus giving computer scripts an elegance that had previously been available only to professional printers. Getting fired from Apple led him to start a new computer company, NeXT, that developed capabilities he would eventually bring back to Apple, as well as acquiring Pixar Animation, the most creative of computer-animated film studios. The diagnosis of cancer led him to a new focus in life. It made him realise: “Your time is limited, so don’t waste it living someone else’s life.”

Jobs’ ability to construct these stories – what he called “connecting the dots” – was surely not unrelated to his ability to survive the blows he suffered in life.[1] Few could have recovered from the setback of being dismissed from his own company, and fewer still could have achieved the transformation he did at Apple when he returned, creating the iPod, iPhone and iPad. He did not believe in tragic inevitabilities. Though he would not have put it in these terms, he knew that by action in the future we can redeem the past.

Professor Mordechai Rotenberg of the Hebrew University has argued that this kind of technique, of reinterpreting the past, could be used as a therapeutic technique in rehabilitating patients suffering from a crippling sense of guilt.[2] If we cannot change the past, then it is always there holding us back like a ball and chain around our legs. We cannot change the past, but we can reinterpret it by integrating it into a new and larger narrative. That is what Joseph was doing, and having used this technique to help him survive a personal life of unparalleled ups and downs, he now uses it to help his brothers live without overpowering guilt.

We find this in Judaism throughout its history. The Prophets reinterpreted biblical narrative for their day. Then came Midrash, which reinterpreted it more radically because the situation of Jews had changed more radically. Then came the great biblical commentators and mystics and philosophers. There has hardly been a generation in all of Jewish history when Jews did not reinterpret their texts in the light of the present tense experience. We are the people who tell stories, and then retell them repeatedly, each time with a slightly different emphasis, establishing a connection between then and now, rereading the past in the light of the present as best we can.

It is by telling stories that we make sense of our lives and the life of our people. And it is by allowing the present to reshape our understanding of the past that we redeem history and make it live as a positive force in our lives.

I gave one example when I spoke at the Kinus Shluchim of Chabad, the great gathering of some 5000 Chabad emissaries from around the world. I told them of how, in 1978, I visited the Lubavitcher Rebbe to ask his advice on which career I should follow. I did the usual thing: I sent him a note with the options, A, B or C, expecting him to indicate which one I should follow. The options were to become a barrister, or an economist, or an academic philosopher, either as a fellow of my college in Cambridge or as a professor somewhere else.

The Rebbe read out the list and said “No” to all three. My mission, he said, was to train Rabbis at Jews’ College (now the London School of Jewish Studies) and to become a congregational Rabbi myself. So, overnight, I found myself saying goodbye to all my aspirations, to everything for which I had been trained.

The strange thing is that ultimately I fulfilled all those ambitions despite walking in the opposite direction. I became an honorary barrister (Bencher) of the Inner Temple and delivered a law lecture in front of 600 barristers and the Lord Chief Justice. I delivered Britain’s two leading economics lectures, the Mais Lecture and the Hayek Lecture at the Institute of Economic Affairs. I became a fellow of my Cambridge college and a philosophy professor at several universities. I identified with the biblical Joseph because, so often, what I had dreamed of came to be at the very moment that I had given up hope. Only in retrospect did I discover that the Rebbe was not telling me to give up my career plans. He was simply charting a different route and a more beneficial one.

I believe that the way we write the next chapter in our lives affects all the others that have come before. By action in the future, we can redeem much of the pain of the past.

[1] However, he did delay surgery for his cancer, believing that he could achieve an alternative cure. In this, he was mistaken.