Winter in the Galil. Cold and overcast. The howling wind inevitably finds the cracks of the not quite closed windows and whistles through, reminding us that our home is not quite as insulated as it appears. As I look out the window into the daytime darkness, created by thick black clouds, I am reminded of a Charles Dickens novel and hear myself saying without thinking “sympathetic background” for no reason whatsoever. And, when the rain comes down at a slanting angle and crashes against the windows so loudly and unrelenting in its obstinance that it drowns out the television, an involuntary shiver runs through me, leaving me feeling not quite confident of the warmth of the heat in our home.

Winter. On a winter’s day, we all dream of snuggling up with a warm blanket on the couch, sipping a cup of hot chocolate, enjoying the insularity as we wait out the storm. Wouldn’t we all want to do that? My advice? Don’t. Bundle up and venture outside. You will discover a Galil in its subdued splendor. And you will fall in love with it, all over again. 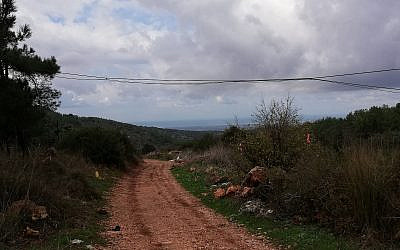 Most Israelis discover the Galil with the advent of spring. The roads become jam packed as they travel north, flocking to the campsites beside the Kinneret, or under the slopes of the Golan Heights. They traverse the rivers and streams, enjoying the sun and the cool shade of its forests, while dipping their feet in the Jordan River. But, the Galil in the winter is a different experience. It is for the connoisseurs, the committed. It is for those who embrace the exposure to the elements in order to immerse themselves in its beauty, to become one with it.

My first exposure to the Galil was a bit of a shock. I was not used to the harsh, biting cold, which burned my fingers and caused my knuckles to ache. I never got used to my feet feeling numb from the chill which penetrated the soles of my shoes, and through my socks. It took a while to get used to the cold and the elements, and then I fell in love with it.

I have lived in the Tefen-Misgav region for nearly 39 years. It is not fully tamed, not quite conquered. Unlike other parts of the country, where the roads dominate the landscape, here in the Galil, the landscape accommodates the roads, as they wind between the mountains and folds, twisting and turning according to the topography, while the Galil obstinately clings to its independence, unwilling to allow Man to erase its character.

While traveling these roads in the winter, I am treated to a seduction of the senses, which evoke in me a contentment that I have never felt anywhere else I have lived. In the early morning the air is so crisp that it opens your nostrils as you inhale the rich smell of wet wood and leaves from the rain. And, as I drive, the leaves on the trees shine in the weak sunlight of the after-rain, glistening as the light catches them at just the right angle to make them seem to sparkle. The black ribbon of the road shines too, and the “swish” of rubber tires on its surface is almost hypnotically comforting. Occasionally there is a spray from traveling through a puddle, which is somehow satisfying, like when you pop bubble wrap. Descending the mountain in the direction of the coast, I catch a glimpse of a town in the valley, looking newly washed and scrubbed after the shower, with the blue-grey sea as a backdrop, and the air is so pristine that you can spot ships anchored in the bay, far off. Often, I long to linger, do drink the scene in, but I have to get to work, so I sort of file it away and travel forward. However driving home, there is no urgency! And, traveling up to the mountains is far more spectacular. Sometimes, I find myself traveling towards the rain, while it is not yet raining where I am. In the distance, I see the scenery of the mountain slopes in the rain, as if it is behind a grey veil, blurring the lines and features, but still visible. It has an almost Alice in Wonderland fantasy feel to it.

As I round a corner, I see the silhouette of a mountain merge with the valley as the sun descends to the sea. It reminds me of the exquisite slope of a woman’s shoulder, its shape both alluring and arousing, as I appreciate the momentary beauty. Then, a few minutes later a mountain face looms in front of me, the craggy, grey granite façade assuaged by the green oak bushes growing from within its cracks, so abundant that it makes the mountain face look almost soft from a distance, as if it is covered by a quilt. The occasional bare patches however, where the rock face is exposed, reminds me of the mountain just below the surface. 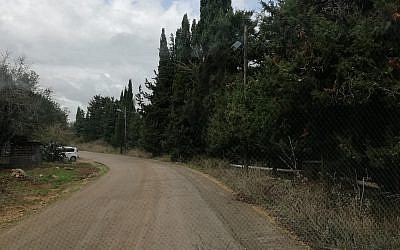 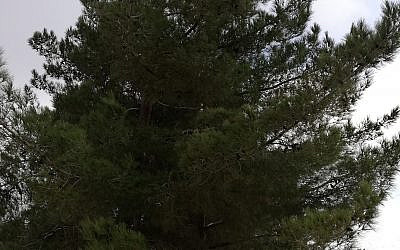 In the darkened daylight and twilight the shapes and the colors of the trees blend into a pastel mosaic of winter. The ramrod straight, tall fir trees reach for the clouds, standing like sentinels. Their deep, dark green foliage gives them an appearance to be shadows. Next to them, not quite as tall, crawling between their trunks, there are the unruly oak trees. They try to take over all the space in between the fir trunks and their lighter green leaves – some even yellowish – reminds me of a younger child vying for attention in competition with a sibling. Then off to the side, aloof, stand the pine trees, their emerald green needles stark in contrast to the dark firs. The pine kernels, wetted by the rain seem to sparkle in the fading light, which catches their surface. They look like Nature’s baubles adorning a Christmas tree, hanging among the branches. Alongside them, in a quiet but not quite comfortable coexistence, as if locked in a struggle between the wild nature of the region and human attempts to tame and harness it, one can discern the silvery leaves of olive trees, their gnarled trunks belying their age, as they stand in ordered rows. And next to them, the bare structures of a grape vineyard and the leafless vines set in row upon row, evidence of a farmer’s momentary, small victory in changing the landscape. 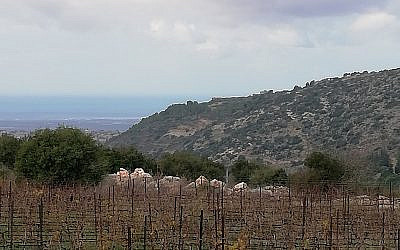 Vineyard. A small victory in changing the landscape with the slope of the mountain to the valley, like the slope of a woman’s shoulder. Alluring. (Writer’s pic).

In the Upper Galilee, in the area of Gonen and the Galil Finger, the roads leading to the northern border are lined with trees on both sides. The intention was in order to hide military movement from our enemies’ prying eyes. However, traveling these roads in the evening, with the outlying branches on both sides almost touching, we would be forgiven if we were to imagine ourselves moving along a shadowy corridor, leading to a mythical Palace. I could almost expect to see Elves hanging from the branches, observing my progress, or for a band of Elves to emerge from between the trees, causing me to halt, in order to demand what business I had there. The failing light, the ethereal mist and the light rain conspire to create a sheen, like a silk curtain to partially obscure one’s vision, lending to the propensity for my imagination to run away with itself. However, for a connoisseur of the Galil, it is all part of the magic to be discovered here, in an unassuming, almost shy kind of way.

Winter in the Galil is magical. When I think of how my love for this country is so deep, it is visceral, this is what I think about. Come to the Galil in winter, and observe its subdued splendor. You will not be disappointed. 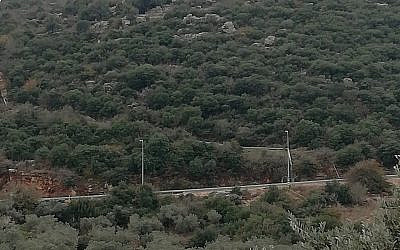 Subdued splendor. The Galil obstinately clings to its independence, unwilling to allow Man to erase its character.
About the Author
Paul Mirbach (PEM), made Aliya from South Africa to kibbutz Tuval in 1982 with a garin of Habonim members. Together they built a new kibbutz, transforming rocks and mud into a green oasis in the Gallilee. Paul still lives on Tuval. He calls it his little corner of Paradise.
Comments