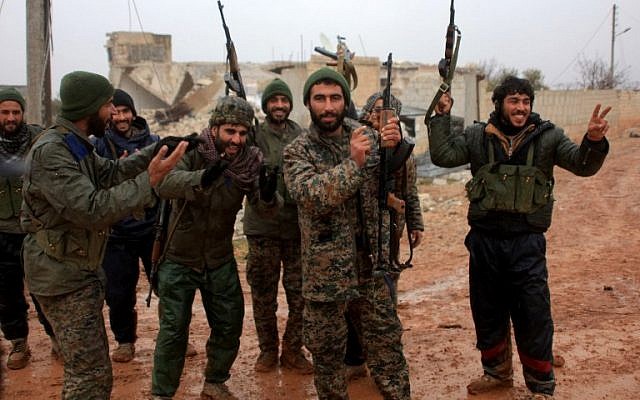 Syrian government soldiers celebrate after taking control of the village of Ratian, north of the embattled city of Aleppo, from rebel fighters on February 6, 2016. (AFP / GEORGE OURFALIAN) 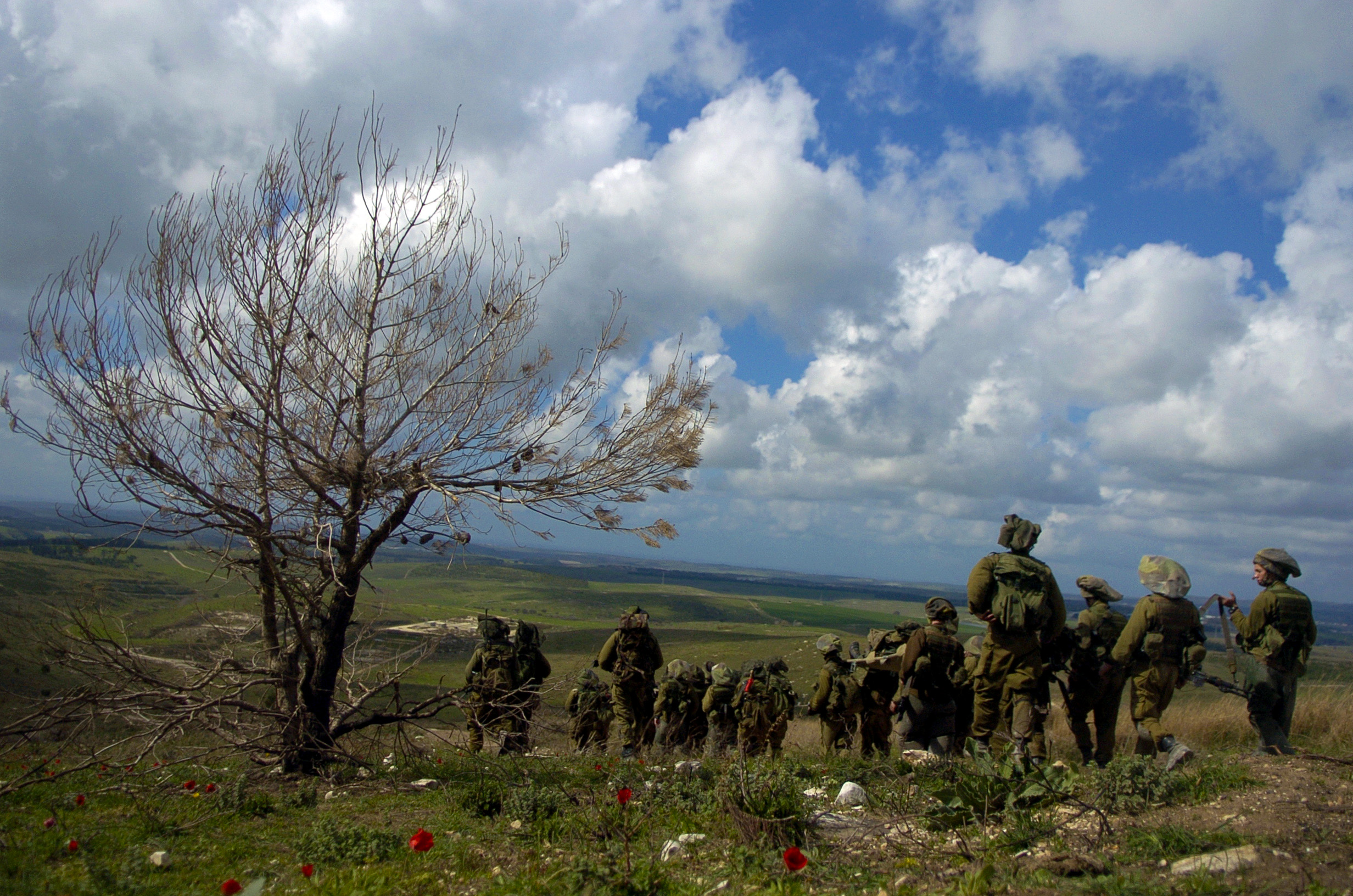 Over the past months, while the western media has been obsessed with the latest tweet of President Donald Trump, there have been disturbing developments in the Middle East. Storm clouds are gathering on Israel’s horizon that will one day pose a grave danger to the security of Israel.

In a speech given this June, Hezbollah’s leader Hassan Nasrallah warned that a future war with Israel, “…could open the way for thousands, even hundreds of thousands of fighters from all over the Arab and Islamic world to participate – from Iraq, Yemen, Iran, Afghanistan and Pakistan”.

Nasrallah was not hallucinating.

Over the past years, the notorious Major General Qassem Suleimani, the head of the elite Quds Force of Iran’s Islamic Revolutionary Guard Corps (IRGC), has been quietly working to create a land bridge from Tehran to the Mediterranean. The first stage of this project is to prop up the brutal regime of Syrian dictator, Bashar al-Assad.

Since the outbreak of the Syrian Civil War in 2011, Iran has provided the Assad regime with massive financial support, an endless supply of ammunition and weapons and tens of thousands of fighters from its Revolutionary Guard Corps and from its loyal proxy, Hezbollah. In addition, Iran has recruited, trained and deployed thousands of loyal Shia militants from Iraq, Afghanistan, and elsewhere to Syria. Thanks to the more recent addition of Russian air power, the future of Bashar al-Assad now seems secure.

However, the new Syria will essentially be a protectorate of Iran. That means that Iran will dominate three Arab countries: Iraq, Syria and Lebanon. The result will change the face of the Middle East.

As veteran reporter Dexter Filkins wrote in The New Yorker, “The development is potentially momentous, because, for the first time, it would bind together, by a single land route, a string of Iranian allies, including Hezbollah, in Lebanon; the Assad regime, in Syria; and the Iranian-dominated government in Iraq. Those allies form what is often referred to as the Shiite Crescent, an Iranian sphere of influence in an area otherwise dominated by Sunni Muslims”.

For Israel, the implications are very serious.

It is no coincidence that over the past months we have seen more disturbing developments that fit into this larger picture. Iran has been building factories for the production of long-range missiles in Lebanon and Syria. There is no doubt that the target of these missiles will be Israel.

Since the 2006 Lebanon War, Iran has resupplied Hezbollah with more than 120,000 rockets and missiles. Since Hezbollah already has a huge rocket arsenal, the question that begs to be asked is this: What is Iran up to now?

In July, IDF Chief of Staff Lt. General Gadi Eisenkot told a Knesset committee, the purpose of these factories is to upgrade the range and accuracy of the Hezbollah arsenal. At the same time, the presence of these factories in Lebanon and Syria will alleviate the need for Iran to transport these missiles over land since their convoys have often been the target of the Israel Air Force.

In addition, Israel has already expressed its concerns over the so-called “De-escalation Zones” agreed on by the U.S. and Russia in southwest Syria. These zones will allow Iran and its proxies a permanent presence near the border with Israel.

It does not take a leap of the imagination to envision a scenario in a few years where Israel could face the outbreak of hostilities with Hezbollah in Lebanon, and also fighting on a second front on Israel’s border with Syria on the Golan Heights.

At that point, Israel would not only face Hezbollah fighters but the thousands of Shia militants from across the Middle East that Hassan Nasrallah referred to in his June speech. They could be easily transported to Syria and Lebanon via the new land route controlled by Iran. This potential force would be backed by an enhanced arsenal of 120,000 rockets including many more accurate, long-range missiles that could hit any target in Israel.

In addition to the danger of a war on two fronts on Israel’s northern borders, there is always the possibility of a third front with Hamas in Gaza that is also supported by Iran.

Israel’s concerns were recently conveyed to Washington by a high-level delegation of Israeli security officials. The delegation included Yossi Cohen, the head of Mossad, and Maj. Gen. Herzi Halevi, the head of Israel’s Military Intelligence.

According to reporter Ronen Bergman, in their meeting with the National Security Council, the Israelis told their American counterparts, “We rushed here to warn of the deployment of Hezbollah, Iranian and Syrian forces; to explain exactly what’s going on there. Without a significant change in your (the US) position, if you don’t become more involved, tougher and more aggressive, you will leave the Middle East to the Iranians, under Russian auspices.”

The international community must hold Iran accountable, not only for implementing the terms of the nuclear deal (JCPOA), but also for adhering to norms of international behavior. Normal nations don’t build rocket factories for terrorist organizations.

Unless the United States, Europe and the international community wake up to the dangers posed by Iran’s malign efforts in Iraq, Lebanon and Syria then Israel will be left on its own to deal with the implications of the gathering storm on its northern borders.