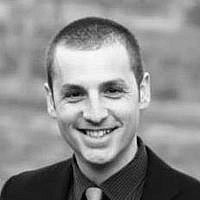 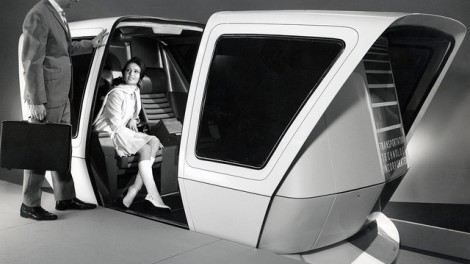 Working in the tech industry and with the tech press can sometimes feel like working in the middle of a tornado – a dizzying blur of stories that blend together into one frantic whirlwind called “the blogosphere.” Technology is one of the most dynamic news categories and it can be difficult to remember when a story first emerged and grabbed the attention of the masses.

So, in order to help us all keep track of this mess, I thought I would provide a brief guide of some of my favorite tech stories of yesterday and today, and what may be the big tech stories of tomorrow:

The Ghost Of Tech Stories Past:

A Few Questions And Answers: Founded in 2010 and the darling of 2011, Quora is a social-network for questions and answers. While these platforms existed before, Quora brought something new to the table – the power of leading tech influencers. It’s not at all uncommon to ask a question on Quora and to receive an answer from a well known expert in the space. Quora is still going strong and my boss likes to say he spends his weekends asking and answering his favorite questions.

No Longer Just A Big iPhone: When the iPad was first launched in 2010, many critics panned it as being nothing more than just a big iPhone or iPod Touch. Of course, we know now that it is helping to change our understanding of computing. One reason that the iPad has been so successful is the incredible selection of apps for the device. One of the best examples is FlipBoard, which merged the familiar experience of reading a magazine with the content driven world of online and social media.

Kickstarting The Wearable Revolution: It seems like everyone has a crowdfunding campaign these days, but two years ago it was still something you could do “before it was cool.” That was certainly the case with Pebble, which ran one of the most successful crowdfunding campaigns in history in 2012. It didn’t just prove that crowdfunding had gone mainstream, it also showed that the wearable revolution is upon us.

The Ghost Of Tech Stories Present:

How The Heck Are We Supposed To Make Money With This Whole Blogging Thing: Yes, everyone has a blog, yours truly included. Yet, except for a few professionals at top publications and a small number of influencers, nobody looks at blogging as a way to make a living. The online tools that are around today just don’t have bloggers in mind.

Qadabra, on the other hand, is a self-serve platform that empowers bloggers and other publishers to monetize their traffic through display of advertising, and with its sophisticated technology, enables revenue maximization. The cool thing about the platform is that it enables site owners to set up ads for their page in a matter of minutes by selecting the location, topic, and size of the ad. Basically, I could be making money off this post right now.

The Smart TV Revolution Will Not Be, Wait For It … Televised: Smart TVs are here. Whether it’s built-in, through a set top box, or a Chromecast like dongle, your TV is no longer just a dumb box. But what about apps and content? Well, you’re already set there too. Stevie just unveiled new versions that support both Chromecast and Android TV and brings hundreds of social channels to your TV – think Facebook, Twitter, YouTube, and Instagram mixed with Jimmy Fallon’s innate ability to entertain. Also, Okko is here to hook you up with the Hollywood content you crave. They’ve got deals with all the big studios and are delivering content with a built-in platform on leading Smart TVs.

When Geeks Helped People Walk Again: Perhaps one of the most admired Israeli technologies, the famous ReWalk is an exoskeleton that helps individuals with spinal injuries stand and walk again. The wonder-device cleared an incredible hurdle last month as it received approval from the FDA. This is a great example of how technology is improving people’s lives every day.

The Ghost Of Tech Stories Future:

The Battery Of The Future: The idea of using bio-organic materials in electronic components might seem like something from science-fiction but one company is already demonstrating that the concept is possible right now. Founded in 2012, StoreDot recently unveiled the prototype of a bio-organic battery that can charged from flat to full in less than a minute by using nanodots, tiny conductive crystals with properties that facilitate rapid charging, and have other technological advantages. Commercial production is expected in in 2016.

Freakin Floating Cars: Imagine super-sleek, aerodynamic pods zipping along at 100 mph through elevated tracks in urban-centers. That’s the freakin amazing vision of SkyTran, a company that has built the technology for a maglev enabled, personal mass-transit system. The company recently announced that a test track will be built near Tel Aviv, and that the city is aiming to build the first line of the system in the coming years.

Gaming Everywhere: Imagine instead of shooting giant monsters on your TV screen, you could shoot giant monsters in your backyard or running around your house. That’s the future promised by Augmented Reality (AR) technology which superimposes computer generated images on the real-world through devices such as wearable glasses. InfinityAR is currently building the scanning and mapping software needed to make these devices a reality. Expect to see Google Glass style devices with mature AR tech in the next three-five years.