From the first day (July 8) of Israel’s response to renewed and deadly rocket attacks from Gaza, the network of highly politicized non-governmental organizations (NGOs) went into high gear. As in previous conflicts, powerful global groups such as Amnesty International, Human Rights Watch, and Oxfam, allied with numerous Israeli and Palestinian organizations claiming human rights agendas, are issuing numerous condemnations, primarily directed at Israel. And once again, their reports and statements are quoted by political leaders and journalists without any independent examination, reinforcing existing biases and false allegations, and fuelling hate and violence.

Human Rights Watch, whose leaders have a long history of personal animosity, double-standards and false claims regarding Israel, repeated their accusations of “war crimes,” unlawful attacks and “targeting apparent civilian structures and killing civilians in violation of the laws of war.” These claims are invented and inconsistent with legal foundations and HRW positions in other conflict regions around the world – these attacks on Israel are unique. And while HRW bases its factual claims on “investigations” in Gaza, it is clear that the organization has no such capability.

In sharp contrast, as in the previous Gaza conflicts and the 2006 Lebanon War, the NGO network that claims to promote moral agendas has largely and patronizingly ignored Palestinian terror, and the massive tunnels and thousands of rockets acquired by Hamas, stored in homes, schools (including those run by the UN), mosques and hospitals. Every missile located among civilians and every attack against Israeli cities constitutes a war crime, but these are not part of the NGO network’s warped definition of human rights.

Groups like Oxfam and the War on Want (UK), whose objectives are ostensibly focused on providing humanitarian aid worldwide, blame Israeli restrictions and “collective punishment” for the suffering of the Palestinians in Gaza. Yet these organizations never mention the fact that most of the resources, including cement, sent to Gaza are exploited by Hamas and Islamic Jihad for tunnels and to protect missiles that were acquired in order to kill Israelis.

Among Israeli groups, B’tselem has been particularly active in this round of political warfare. The NGO, with an annual budget of NIS 9 million, provided by donors such as the New Israel Fund and European governments, has issued numerous press releases, statements, and social media posts repeatedly accusing Israel of “unlawful” actions, and “illegal bombing.” Like HRW, B’tselem refers to its “investigations,” although the group has no such independent capability, and instead simply repeats unverifiable “testimonies” from Hamas-controlled Gaza. B’tselem, like HRW and Amnesty, has no way of determining whether the IDF is striking entirely legitimate military targets, whether the force used is proportionate to the military necessity, or the real number of civilian casualties in Gaza.

Other Israel-based NGOs making similar unsupported allegations include Adalah, Gisha, Breaking the Silence, Coalition of Woman for Peace, and the +972 blog. All receive funding from European governments, including the European Union and many of its member states, such as Germany, Holland, Belgium, Spain and the UK. The money channeled from European governments to these highly politicized NGOs – usually provided through highly secretive processes used to block independent democratic oversight – enables the Israel-based NGO network to contribute substantially to the exploitation of human rights for political warfare. Thus, while a number of European leaders are calling for restraint and seeking to play a role in cease-fire negotiations, the money that their governments provide via the NGOs is contributing substantially to the conflict.

A third group of NGOs involved in this process are Christian aid groups with a long history of anti-Israel campaigning, including Diakonia (Sweden), the American Friends Service Committee (Quakers), Broederlijk Delen (Belgium), Caritas Jerusalem (Catholic), and Sabeel. All repeat the standard accusations against Israel, adding a strong religious dimension to the political attacks.

This strategy of using NGOs that operate under the umbrella of human rights and humanitarian aid to condemn Israel was spelled out at the infamous 2001 UN Durban Conference. The first implementation took place in April 2002, during the IDF Operation Defensive Shield against the center of operations for the mass suicide bombings that had taken hundreds of Israeli lives, and injured many more. The NGO network – particularly Human Rights Watch and Amnesty — along with Palestinian officials, promoted the false allegation of a Jenin “massacre” and “war crimes”, and campaigned for the creation of a highly biased UN investigation. These campaigns were used to launch the academic boycott movement in the UK, and the wider anti-Israel BDS (boycotts, divestment, and sanctions) efforts.

The height of this process was the 2009 Goldstone Report – a 500 page document, which claimed to provide extensive evidence of Israeli human rights violations and “war crimes” during the Gaza conflict (Operation Cast Lead) that began on December 28 2008. This UN publication extensively referenced B’tselem, Amnesty, HRW, and many other NGOs. Although the entire report was later discredited, and Judge Goldstone acknowledged that the NGO-based allegations were unsupported, the impact, in terms of fueling boycotts and “lawfare” cases against Israeli officials, continues.

Nevertheless, during the current conflict, the same NGOs are again promoting the “war crimes” theme, and this form of the modern anti-Semitic blood libel is repeated in violent protests, particularly in Europe. Nothing seems to have been learned from the mistakes of the past, as these organizations and their funder-enablers continue to erode the very universal principles of human rights that they claim to uphold. 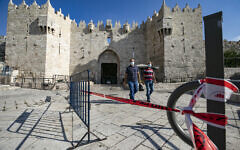 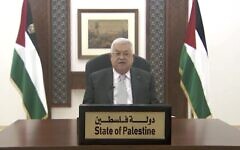 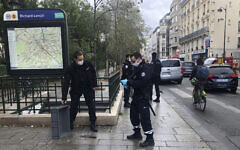