The Blogs
Avraham Bronstein
Apply for a Blog
Advertisement
Please note that the posts on The Blogs are contributed by third parties. The opinions, facts and any media content in them are presented solely by the authors, and neither The Times of Israel nor its partners assume any responsibility for them. Please contact us in case of abuse. In case of abuse,
Report this post.

This past weekend was eye-opening, twice, in terms of realizing just how the other half lives. First was the news from California, where a horrific mass-murder was perpetrated by a deeply disturbed young man driven, it seems, by the desire to exact vengeance upon the women who rejected his sexual advances. In other words, he felt entitled to women’s bodies for his own pleasure and gratification, and, when stymied, he decided that society at large should be punished for denying him what was rightfully his. As a result, six innocent people are now dead.

His writings and YouTube videos, while clearly the result of a mind that desperately needed professional help, resonated strongly with a wide cross-section of women who simply do not feel safe in our society. Using the Twitter hashtag #YesAllWomen, thousands of people from all walks of life shared personal experiences, commented on the culture, and demanded change. The outpouring, which gained rapid momentum across social media, was sobering, riveting, and deeply unsettling.

Personally, it made me stop and think as I recited the daily blessing “Barukh ata Hashem…shelo asani isha – Blessed are You….who did not make me a woman.” This blessing is generally read as an expression of thanks by men for the opportunity to fulfill more mitzvot than women, who are exempt from most time-bound positive commandments and proscribed from playing a leading role in synagogue ritual. As such, it has been the subject of much heated discussion over the past several decades as traditional Orthodoxy met feminist critique and activity.

Even on its face, the blessing sounds disturbingly misogynist on one hand, or even male supremacist on the other. Yet as I reflected for a few moments, I did feel thankful (like Rabbi Ari Hart in this essay) that I am not a woman. Though there are indeed times when I may feel conspicuous as an Orthodox Jew, and sometimes even a bit less safe as a result, I have always felt relatively secure walking city streets late at night. I have never had to constantly consider how much attention anything I wear might attract from random people, nor how to firmly-yet-not-too-abruptly deflect their intrusive advances. I have not had to endure conversations in the culture about my “role,” and how what I do – especially in public – might impact negatively upon the honor or core spirituality of my entire community. In short, there is a great deal of energy and spirit-sapping nonsense, if not outright danger, that I do not have to deal with in my day-to-day life, simply by the accident of being born with a particular set of chromosomes. That is certainly worth a moment of gratitude, isn’t it?

Remarkably, this moment came just a day after a similar epiphany triggered by the immediately preceding blessing: “Barukh ata Hashem..shelo asani aved – Blessed are You…who did not make me a slave.” This has always struck me as a strange blessing because we, at times, go out of our way to remind ourselves that we were slaves in Egypt. Our perpetual consciousness of the Exodus  is supposed to motivate gratitude to God, responsibility for the oppressed, demand for social justice, and empathy for the unfortunate. We were there, our tradition teaches us, and we should remember what it felt like.

However, I had spent Shabbat afternoon reading Ta-Nehisi Coates’ powerful Atlantic Magazine cover story, “The Case for Reparations.” It highlighted how, again and again over the course of hundreds of years, American wealth and success were accomplished using the resources, if not the actual bodies, of black men and women. Coates called for passage of a bill mandating a Congressional study of reparations, if only for America to admit to itself that the black community, as it currently exists, is a crime scene, that terrible wrongs were, and continue, to be committed against it, and that future policy should be constructed out of a sense of restitution.

The essay made me thankful that, as much horseradish as I might consume at a Passover seder, I do not actually feel the ongoing effects of slavery in my own life. I do not face institutional racism when it comes to law enforcement, salary negotiations, or department store employees. I do not have to mentally and emotionally steel myself for people crossing the street to avoid me, to see people hold their bags a little tighter when I approach, to hear car locks click shut as I pass, to be assumed a criminal by the police until proven otherwise. I do not bear the legacy of centuries of discrimination, exploitation, and indifference from society as a whole, and then to hear my community’s ills be brushed brushed aside as the natural result of my own “cultural” failings. Once more, I am grateful to avoid all that by the accident of being born with less melanin in my skin, but it is deeply unsettling nonetheless.

These blessings are problematic on their face because they imply that there are classes of people somehow “less than” the assumed default, namely, the free male generally reciting them. In fact, though, these blessings do accurately represent life. If they disturb us, it is not because they are a vestige of an older, less moral world; it is because they are still true. They are a daily reminder of the privileged life that so many people enjoy, not because of what they have accomplished, but by the accident of birth. As we recite them, our job is to appreciate these very real societal fault lines, offer gratitude for winning the genetic lottery, and then feel the imperative for meaningful action to address the injustices they reflect.

About the Author
Avraham Bronstein is rabbi of The Hampton Synagogue in Westhampton Beach, NY.
Comments 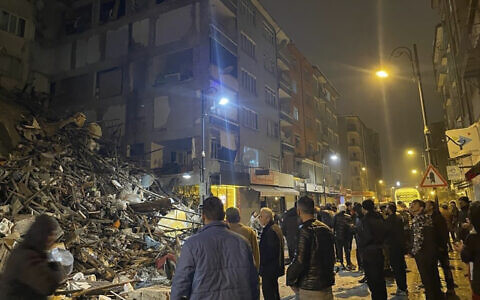 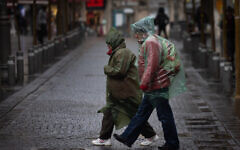