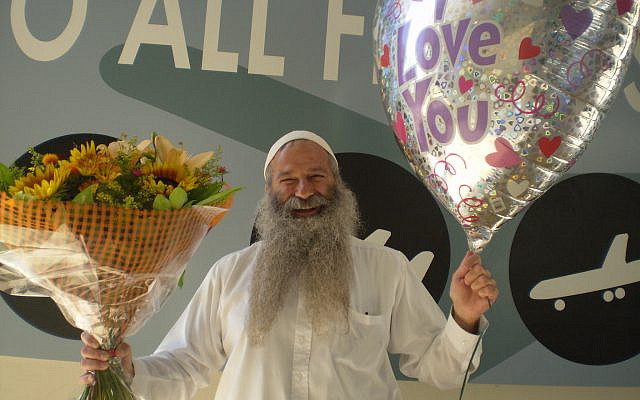 To All Jewish Leaders

First, to the Jewish Leaders in the Diaspora:

In the shadow of the coronavirus epidemic, with love and concern for you and your communities, now that your synagogues are closed, and your Jewish Federation buildings are empty, on behalf of myriads of Jews in Israel, many of them olim from the Diaspora, we bid you to reach out to your congregants and members via social networking and WhatsApp, and urge them to make Aliyah now. The gates are fast closing, but it is not too late. The Jewish Agency and Aliyah organizations like Nefesh B’Nefesh are still working. Just as the Government of Israel is endeavoring around the clock to return touring Israelis from around the world on emergency rescue flights, the State of Israel will do the same for you and your congregants if you act today.

Now is not the time for procrastination and doubts. Nor is it the time for well-meaning Internet messages and Zoom sermons about unity in times of trouble, nor speech about the renewal of Diaspora life when the epidemic has passed. It is time to get out of the exile forever. If such an immediate relocation is too difficult for the old and infirm, at the very least, all young Jews must be told the truth. Let them pack up a backpack and flee. Families in the Diaspora – don’t hold onto your children! Think about their futures, not about yourselves. Corona and anti-Semitism go hand in hand. Already, the nursing staff in one Diaspora hospital refused to treat Jews. Ran Yakovi, director of the Department for the Fight against Anti-Semitism in the Israel Foreign Ministry, told the Knesset Channel this week about the rise of anti-Semitism amidst the spread of coronavirus. “The accusations against the Jews and against Israel for causing and spreading the coronavirus are increasing, declaring that Israel knows how to direct the virus to certain populations in order to take control of the world and its economy.”

Already around the world, looting and violence have begun. First stores will be vandalized when people have no money and food. In many places, the Jews have already be blamed for the plague. Just as the virus spread suddenly before it could be stopped, Jew hatred will explode like a fiery cloud of gas, scorching everyone in its wake.  Overnight, masses will turn into savage skinheads and neo-Nazis. Hordes of desperate and wild packs will attack like rabid dogs. Jews and other innocents will be mugged, houses will be broken into, Jewish women will be raped and shot, like in previous times. In Europe, hungry minorities will turn into rampaging gangs. In many places, the governments will look on silently as Jews are attacked, claiming that there is nothing they can do. In other places, like America, the authorities will not have the manpower to prevent the anarchy.

Health experts are predicting that the evil could rage for months and more. Jewish Leaders in the Diaspora, at the very least, urge the young people to board the first rescue flight! Rabbis, parents, if you you’re your children, command them to flee! Let the cry be, “This year in Jerusalem!” If not, then for a ghastly number, Passover will not come again, and homes of Jews will be passed over in a different, opposite sense, may the Almighty have mercy. The exile was never meant to last forever. Hashem meant the exile to be a long but ending curse, but, beaten down by centuries of oppression, in modern times many turned the last few decades of temporary rest and comfort into the illusion of having found havens of welcome and peace. However comfortable you have become in your foreign havens, the word of the Almighty is not a whimsical thing that can be changed by our fantasies and blindness. Hashem decreed the curse of exile, and He decreed that His outcast and scattered children would one day return. That time came with the founding of the Jewish State. For those who didn’t hear the call, or who refused to listen, the call of Corona, the virus of the Crown, of Hashem’s Kingship, is clear. Let it be the great shofar of our freedom.  In a famous Rosh HaShana sermon in the Hurva Synagogue, a few years before the Holocaust began, Rabbi Kook declared that if the Jews of Europe didn’t hear the pure shofar of our freedom, contained in the prophecies of Redemption, then the impure shofar of tyrants like Hitler would compel the Jews to take heed. Today the impure shofar of the Corona Plague is being sounded in our ears to force us to listen.

There is a refuge in Israel, as our prophets foretold. We are waiting to receive you. Yes, we have problems. Yes, the virus is here as well. But the State of Israel reacted quickly to the threat. Here in Israel, every effort is being made to protect the Jewish people and overcome the enemy. In Israel, you will be amongst fellow Jews, with Jewish policemen and a Jewish army, and not at the mercy of strangers. Rabbis, Jewish educators, Federation presidents, leaders of Jewish organizations, and Jewish parents – send the Jews to Israel! Teach by example! Show the way yourself! Break through the sea of indecision and fear. We are waiting on the other side of the ocean to welcome you. Be brave like Nachshon. Leap into the waters of faith. Come home now!

And, in the same breath, this obligation rests upon the leaders of the Nation in Eretz Yisrael, on the Chief Rabbis, the Prime Minister, Cabinet Ministers, Members of the Knesset, heads of the Jewish Agency, the World Zionist Organization, and directors of all Jewish organizations that maintain a connection with our brothers and sisters in the lands of their foreign wanderings. For too long we have played the game that the Diaspora has value, in and of itself, and that it is perfectly all right for Jews to continue to live there. No. The exile is a curse, a punishment that was never intended to last forever. America is a rightful place for Americans – not for Jews. French is a rightful place for Frenchmen – not for Jews. The place for Jews is in Israel, and nowhere else. This must be made clear to the Jews of the Diaspora, in all of our dealings with them. No more smiling at them and patting them on the back when they generously donate money to our yeshivot, to our hospitals, to the IDF, and projects in Yesha. “Why aren’t you in Israel?” we have to ask them. “You don’t belong in American,” we have to tell them. “You’re a Jew,” we have to remind them. “A Jew belongs in Israel. Why do you choose to live with the gentiles in an alien gentile land when you can live with Jews in your own Jewish Homeland?” No more phony smiles. No more hiding the truth. In order to save them, we have to speak “dugray” straight-talk with them. The Roshei Yeshivot, the university fundraisers, and all of the smiling shlichim who flock to the Diaspora to raise money for their institutions, they have to tell the Jews of America, and of France, England, Spain, and Mexico, the truth. The Prime Minister, when he gives a speech to raise funds for Israel Bonds, or when he delivers a speech at AIPAC, he has to tell them, “Hevre, my dear friends, the big bluff is over. We can survive without your money, but you cannot survive without us. You place is in Israel.” So too, the Jewish Agency has to change its tune, giving up the lie that it is OK to live in the Diaspora. For the past decade, their Post-Zionist policy on Aliyah has been: “If a Jew wants to make Aliyah, we will help him, but we won’t solicit Jews to come in any aggressive manner lest we offend them.”  No, no, no. We need a new and aggressive campaign to reach out to Jews wherever they are, without politeness and political correctness, an emergency rescue operation, run by spirited and energetic people, visionaries, who won’t rest until the task is fulfilled.

We need idealists with powerful Jewish faith, who are motivated by a fierce love of Hashem and a burning passion for the Promised Land. To help them carry out the grand and immediate mission of bringing all the Jews home, we need a battalion of Aliyah soldiers, young spirited warriors of Zionism ready to parachute into the most distant Jewish communities along with a top-notch division of trained “mistaravim” undercover commandos who can infiltrate gentile communities, hunt out the assimilated Jews, and snatch them away to waiting El Al transport planes. And we need squat teams of Aliyah yassamniks who will burst into the Ultra-Orthodox neighborhoods of Brooklyn and drag uncooperative Jews away by their peyes.

Everyone, everyone has to lend a hand and dedicated himself to this national priority and task. “Let My People Go!” will be our cry to shatter the iron curtains of foreign cultures and values that imprison our deaf and blind brothers in the darkness of galut. If we stand up and shout out together in love, “Let My People Go! Let My People Go!” surely the Jews of the Diaspora will listen and flock back to our cherished Homeland – not because the Land of Israel is merely a haven against sickness and physical danger, but because this is the place where Hashem wants His People to live, so that his Kingship can find a dwelling place on Earth, in Eretz HaKodesh, and in Jerusalem, where the His teachings shall go forth from the entire reunited Nation of Israel to enlighten the world.