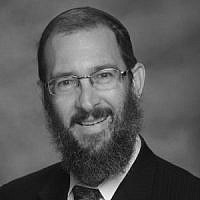 See how far we’ve come, when a silly anachronism like Halloween can create a firestorm on one of America’s most prestigious college campuses.

In response to a faculty letter that offered guidelines in choosing culturally sensitive Halloween costumes, Erika Christakis, wife of a Yale professor, sent out a thoughtful, respectful email suggesting that perhaps students should be trusted to pick out their own costumes without faculty oversight, and entrusted with the job of civilly confronting those who crossed the line between bad taste and offensiveness.

The reaction was thick and fast: condemnation, vilification, invective, and calls for dismissal rained down upon the Silliman College dorm “masters” like the plagues of Egypt.  Not surprisingly, otherwise reverent and mild-mannered students assailed the couple with derision and profanity, refusing to consider arguments or explanations from educators who “do not deserve to be listened to.”

So much for the ever-trumpeted tolerance, open-mindedness, and non-judgmentalism of liberal society.  Even the left-leaning Atlantic found it all too much to endure.  Conor Friedersdorf writes:

According to The Washington Post, “several students in Silliman said they cannot bear to live in the college anymore.” These are young people who live in safe, heated buildings with two Steinway grand pianos, an indoor basketball court, a courtyard with hammocks and picnic tables, a computer lab, a dance studio, a gym, a movie theater, a film-editing lab, billiard tables, an art gallery, and four music practice rooms. But they can’t bear this setting that millions of people would risk their lives to inhabit because one woman wrote an email that hurt their feelings?

Another Silliman resident declared in a campus publication, “I have had to watch my friends defend their right to this institution. This email and the subsequent reaction to it have interrupted their lives. I have friends who are not going to class, who are not doing their homework, who are losing sleep, who are skipping meals, and who are having breakdowns.” One feels for these students. But if an email about Halloween costumes has them skipping class and suffering breakdowns, either they need help from mental-health professionals or they’ve been grievously ill-served by debilitating ideological notions they’ve acquired about what ought to cause them pain.

The student next described what she thinks residential life at Yale should be. Her words: “I don’t want to debate. I want to talk about my pain.”

This is the reaction of Ivy League students, the best and the brightest, the cream of the crop, the hope for the future, the movers and shakers of the next generation, the political, social, and economic leaders of tomorrow.  Their entire world collapses because someone, somewhere disagrees with them.

The depressing irony of the episode is that Erika Christakis’ noble attempt to accord students a greater measure of personal and moral responsibility resulted in the students themselves protesting for — and thereby demonstrating — their own incapacity to take responsibility for their actions on any level at all.  Without a trace of embarrassment, academe’s most elite sons and daughters dissolved into a collective hissy-fit because one of their instructors suggested they should be treated as adults.

It’s hard to decide whether the farce at Yale is better or worse than the travesty at the University of Missouri, Columbia.  It’s hard even to grasp the utterly surreal narrative and its absurd denouement.

A series of seemingly disconnected events, including cuts to student health insurance, a handful of isolated racial slurs, the apparently fabricated story of a swastika made out of feces, a similarly fabricated KKK scare, the defunding of Planned Parenthood, the school football team refusing to play, and a hunger strike all combined to bring down UM system president Tim Wolfe for failing to create an environment of racial harmony.

Having now generated an atmosphere far more toxic, and having successfully dismantled much of the academic administrative hierarchy, the protesters have arguably done themselves more harm than good.  But that’s not really their fault:  they’re simply responding in kind to a world that isn’t fair.

It must be that elementary school children are no longer taught that all important lesson:  life is not fair; get over it and take responsibility for yourself.  They aren’t taught about sticks-and-stones, and they certainly aren’t taught do-onto-others.  And thus we are reaping what we have sown.  What will happen to these young people, and to society, when they grow up does not make for pleasant conjecture.

More than 2,000 years ago, toward the end of the Second Temple era in the land of Israel, the great talmudic academies of Hillel and Shammai engaged in legal, moral, and philosophical debates so impassioned that they are described as having “fought with swords and spears.”  But when they left the study hall, they remained the closest of friends and neighbors, despite the ideological divide across which they gave battle.

The reason was simple. First, they made sure to understand the opposing argument before they answered back. They never tried to shut down debate, never tried to bully their opponents into submission, and never took it personally when others disagreed with them.

Second, they recognized the sincerity and integrity of those on the other side.  Just because someone subscribes to a point of view different from mine doesn’t make him a villain.  If I understand him before I attack, I might discover that we have more in common than we have that divides us.  It’s even possible one of us might change the other’s mind.

Why is our world so divided?  Right versus left, religious versus secular, white versus black, male versus female, nation versus nation.  Simply, it all stems from the senseless hatred that eventually destroyed the Temple and which sets man against his neighbor to this day; it stems from fear of anyone who is different, which in turn stems from the insecurity we ourselves have in who we are and why we believe what we believe.

The better we understand ourselves, the less intimidated we are by others.  And the more civilly we engage others and try to understand them, the more we can ultimately learn about ourselves.

Philosophical isolationism and ideological warfare haven’t been working out too well for us.  Isn’t it time we tried a different approach?