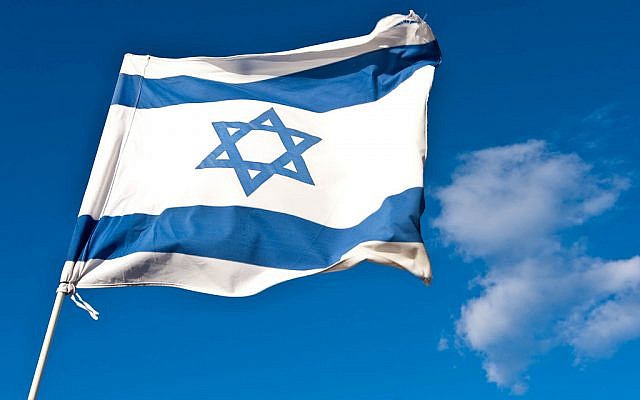 In the decades since the end of World War II and the horrors of the Holocaust, the nature of antisemtism has changed. Modern antisemtism consists of not only hatred of Jews but also of an ideology that denies Jewish people their ancestral homeland. Antisemitism today demonizes Zionists (those who offer support for the world’s only Jewish state) in an attempt to disguise hatred of Jews as hostility toward Israel.

It became clear in this context that an updated definition of antisemitism was needed. Today, the world’s gold standard for identifying and combating the world’s oldest hatred is the International Holocaust Remembrance Alliance (IHRA) definition. Established in 1998 to “strengthen, advance, and promote Holocaust education, research and remembrance,” IHRA now comprises more than 30 countries, including Canada.

To properly address antisemitism, clarity is key. IHRA’s working definition includes concise examples of what does – and what does not – constitute antisemtism. Examples of antisemitism include:

Calling for, aiding, or justifying the killing or harming of Jews in the name of a radical ideology or an extremist view of religion.

Making mendacious, dehumanizing, demonizing, or stereotypical allegations about Jews as such or the power of Jews as collective — such as, especially but not exclusively, the myth about a world Jewish conspiracy of Jews controlling the media, economy, government or other societal institutions.

Accusing Jews as a people of being responsible for real or imagined wrongdoing committed by a single Jewish person or group, or even for acts committed by non-Jews.

Denying the fact, scope, mechanisms (e.g. gas chambers) or intentionality of the genocide of the Jewish people at the hands of National Socialist Germany and its supporters and accomplices during World War II (the Holocaust).

Accusing the Jews as a people, or Israel as a state, of inventing or exaggerating the Holocaust.

Accusing Jewish citizens of being more loyal to Israel, or to the alleged priorities of Jews worldwide, than to the interests of their own nations.

Denying the Jewish people their right to self-determination, e.g., by claiming that the existence of a State of Israel is a racist endeavor.

Applying double standards by requiring of it a behavior not expected or demanded of any other democratic nation.

Using the symbols and images associated with classic antisemitism (e.g., claims of Jews killing Jesus or blood libel) to characterize Israel or Israelis.

Drawing comparisons of contemporary Israeli policy to that of the Nazis.

Holding Jews collectively responsible for actions of the state of Israel.

However, the IHRA definition of antisemitism also makes clear that criticism of Israel that is similar to criticism leveled against any other country cannot be regarded as antisemitic.

With this clear framework, Jewish and pro-Israel advocacy groups, including the Centre for Israel and Jewish Affairs (CIJA), have been working with Canadian authorities at all levels to educate them about IHRA and urging them adopt its definition in their efforts to counter antisemitism in Canada.

On campus, where Jewish students are at the forefront of vociferous anti-Zionist rhetoric, the case for IHRA is growing each day.

In 2017 the Ryerson Student Union (RSU) became the first university student government in the country to formally adopt the Ottawa Protocol – a predecessor document to IHRA.

And, just recently, the administration at the University of Winnipeg employed IHRA when confronting allegations about an event called My Jerusalem that went off the rails. Immediately following that event, leadership from the Jewish Federation of Winnipeg requested that University administrators undertake a formal examination of what happened. Following that investigation, the administration released a report confirming their use of the IHRA definition of antisemitism in conducting their review.

For the purpose of the review analysis, the IHRA definition of anti‐Semitism was applied. The review determined that certain statements made at the event could be considered anti‐Semitic under this definition.

This precedent-setting investigation should serve as a best practice for all authorities in Canada when confronted with allegations of antisemitism.

The message in all of this is simple. In 2018, most well-intentioned people understand that pedaling stereotypes about Jewish wealth or Jewish control of the media is antisemitic. But, that’s not where antisemitism ends today. Antisemitism morphs and changes with the times. For the vast majority of world Jewry, our identity is intrinsically tied to our connection to Israel – the historic homeland of the Jewish people. When you advocate for the destruction of the Jewish state; when you compare Israelis to Nazis; when you demand of Israel more than you demand of any other nation; when you hold Jews collectively responsible for the decisions of the state of Israel… the IHRA definition says your actions are antisemitic in effect, even if not intent.