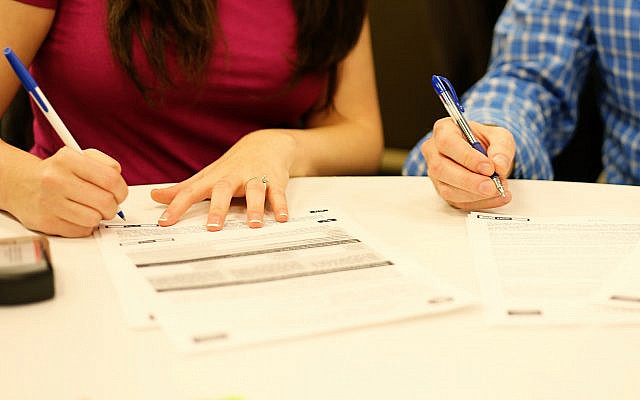 Coronavirus has turned life upside-down for all of us, presenting challenges we never thought we’d have to grapple with (dual careers with no childcare, I’m looking at you). But for one segment of the population, the shutdown has been particularly devastating, even deadly: victims of domestic abuse. Currently, spousal abuse is on the rise around the world–and right around the corner from us, as well. As families are confined in their homes, abusers have unprecedented access to and control over their victims, and survivors have enormous difficulty seeking support and safety.

Partly in response to this phenomenon, a Chinese city just rolled out an intriguing new concept: A city-wide database tracking previous reports of domestic abuse. The reasoning for this tactic is simple. “In many cases, the parties involved only know about domestic violence after marriage. By establishing an inquiry database, partners can know beforehand and consider whether to marry,” says Zhou Danying, vice chairman of the Yiwu Women’s Federation.  This idea is both deceptively simple and revolutionary–that by knowing more about our partners’ history with abuse, we can make more educated decisions about the people we trust with our most intimate selves.

While this initiative may seem like an interesting, but far-fetched concept, I would argue that we actually have a similar tool in our arsenal in the Orthodox community: The Halachic Prenuptial Agreement. Not only does the Prenup prevent prolonged cases of get-refusal and educate communities about the abusive nature of withholding a get, the Prenup can also serve as a litmus test for engaged couples. At the Organization for the Resolution of Agunot (ORA), we work with couples who are unfamiliar with the Prenup, or disagree on whether or not to sign one. While we recognize that disagreements about the Prenup can be stressful for engaged couples, we also believe that talking about the Prenup opens up a deeper, and more important, conversation about risk, abuse, and relationship values. If talking about the Prenup means having a difficult conversation, that’s not only acceptable, but actually a good thing–it allows the couple to experience a disagreement and evaluate how they are able to communicate through their differences.

You don’t have to take my word for it: A study by Chana Maybruch, Shlomo Weissman, and Steven Pirutinsky analyzing marital satisfaction among those signing religious prenuptial agreements echoes these points. While prenups can certainly add stress for engaged couples as they “tend to raise sensitive relationship issues such as power trust, and sharing,” the study overall found that couples who signed a Halachic Prenup had higher rates of marital satisfaction and did not have a higher likelihood of divorce. And as psychology professor Elizabeth Dorrance Hall points out, conflict can actually be healthy for relationships.  In particular, Hall notes that domestic conflict can uncover deeper conversations that need to be had, and ideally not in the heat of an argument. “When you search for the reasons for conflict,” Hall writes, “you can address core issues in your relationship, rather than focusing on surface issues.”

In many cases, education and information overcome the barriers to signing a Prenup, and couples move forward. In some circumstances, though, there is a darker shadow to these negotiations, revealing patterns of controlling behavior in the relationship. In fact, a surprising number of current ORA agunah cases report that they were familiar with the Halachic Prenup during engagement, but that their fiancee refused to sign it.  Now, to clarify, I am not suggesting that every individual who does not want to sign a Halachic Prenup is a domestic abuser–in many cases, the barrier is truly education and familiarity with the concept. But in some situations, a refusal to sign the Prenup does indicate a much more serious concern. And in all cases, a disagreement over the Prenup allows the couple to evaluate their conflict resolution skills and obtain additional support if they need it.

With every passing year, the Prenup has become more and more ingrained in our collective consciousness and an increasingly standard component of a traditional Jewish wedding. There are many benefits to this, which we see at ORA firsthand. But a hidden value of the Prenup is the insight it can offer into who we are marrying. We may not have a community-wide registry of abusive partners, but we do have the Halachic Prenup as a tool to open critical conversations and learn about the elements of our future spouse that matter most.  In our current climate of stress and uncertainty, where home is the place where we spend most of our time, what can be more important?

Knowledge is power: So let’s not be afraid to use it.