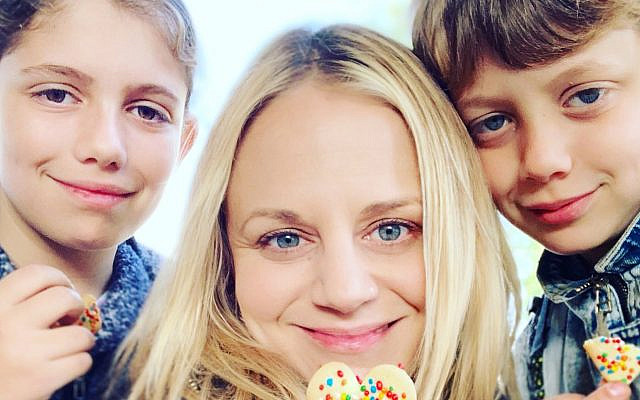 You may not know this about me, but I’m an only child.

Actually, by that time after years of trying to have a baby, they were on an adoption waiting list.

It even looked like they had a baby placed with them – a baby boy – when my mom went to the doctor feeling crummy and wondering if she was going through menopause and should take hormones.

“When was your last period?”

“About five months ago?”

“Hop up on the table and let me examine you.”

“Uh… you aren’t going through menopause.”

According to my mom, she lept off the table in her little gown and tritzed down the corridor singing “I’m pregnant, I’m pregnant,” until she reached the nearest payphone (hahaha remember those?) and called my dad.

The baby on the adoption list would not be my brother. The agency had a rule – and it was fair: If you could get pregnant, you were off the list. So that sweet baby boy was placed with another family that wanted him as much as my parents wanted me.

And that was it.

I was an only child – and sometimes I thought about this boy who in a parallel universe belonged to my parents instead of me – but I would fantasise that he WAS my brother and would collect snails with me and teach me how to surf.

I would also fantasise about somehow finding a baby on our doorstep – in my mind, we called him Charlie after my great uncle who disappeared into the belly of the Chicago Jewish mafia – and he became my little brother, and I took him on walks and I taught him how to paint and blow bubbles.

Most of my friends had brothers and sisters, and I was so jealous over their everything — the tent fortresses they made out of sheets, their squabbles, their having to share, their pounding on the bathroom door, their “MOOOMMMMMMMM MAKE HER STAAAAAHHHPPPP BUGGING MEEE!”

I got all the Hanukkah presents.

I was always first because there was no second.

And when my daughter was less than 9 months old and I found out that there was another baby growing inside me, I wondered how it would work: How could I share my heart with another child when my daughter had mine so completely.

My friend Gavriella Roisman told me that the heart expands — that it doubles or triples or quadruples in size depending on how big it needs to be.

Just as the heart heals after it’s broken, it grows.

Because the heart is a strange and wondrous creature and it doubled when I held my second born.

And I love both my kids with a ferocious intensity that defies logic – I don’t always LIKE them, or want to be around them – but I always love them, and that love is meted out in two equal hearts.

But it’s a crazy trip to raise a brother and sister who are 18 months and 25 days apart.

And it’s amazing to watch their relationship unfold.

At the store, he offered her some ice cream.

At home, when she poured herself a glass of juice, she brought one to him without him having to ask.

They share a bedroom and at night they’ll walk each other through these guided meditations.

And then they brain each other with their Beanie Babies and won’t speak for several hours.

Our rule is it’s ok to fight, but if your brother or sister is in trouble, you have to throw down on their team. Even if they’re acting the fool. Because one day, I’ll be gone, and their Aba will be gone, and it’ll be the two of them side by side weathering the challenges of living in this little world. Who knows. Maybe they’ll have more brothers and sisters because life is long and you just never know, but right now, it’s the two of them sharing their little room in my house, and their little room in their Ava’s house, fighting over Beanie Babies and Legos, and space and sharing ice cream.

And that’s also the thing I never expected: Having two houses has tethered them in a profound way. Because some days they are with me. Some days they are with their Aba. But the two of them are always together, and always will be together in that unit even if their Aba has more kids and even if I have more kids, they’re still a little unit.

Why am I telling you all this?

Because it moves me so profoundly since I never got to live it.

Especially this one night when my son came home from school and told us that Venus and Saturn were going to align – or at least I think that’s what he was saying – and we had to look at it when it happened.

“What time does it happen?” his sister asked him.

“You touched my lego house so I don’t want to tell you.”

“Oh for fucks sake, tell your sister.” I said.

“Only if she gives me one of her cookies.”

She wrote it down.

She went off to a friend’s house – something unusual for our afternoons together since they usually play together, and her brother was annoyed that he would have to play by himself or read with me.

But at 6:23 we went outside and looked at the sky, and Venus burned brighter than I have ever seen —

And it turns out she was on the other side of the fields looking up at the same star, watching the same light.

My son smiled and squeezed my hand.

“We’re all together,” he said as the light shone.

And we are. The two of them and the three of us and somewhere in the world that little baby boy all grown up who was almost my parents’ son.

And my heart doubled in size again because the heart is a strange and wondrous creature and love is infinite like the stars.