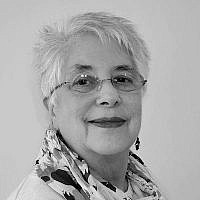 The Blogs
Linda Diamond
Apply for a Blog
Advertisement
Please note that the posts on The Blogs are contributed by third parties. The opinions, facts and any media content in them are presented solely by the authors, and neither The Times of Israel nor its partners assume any responsibility for them. Please contact us in case of abuse. In case of abuse,
Report this post. 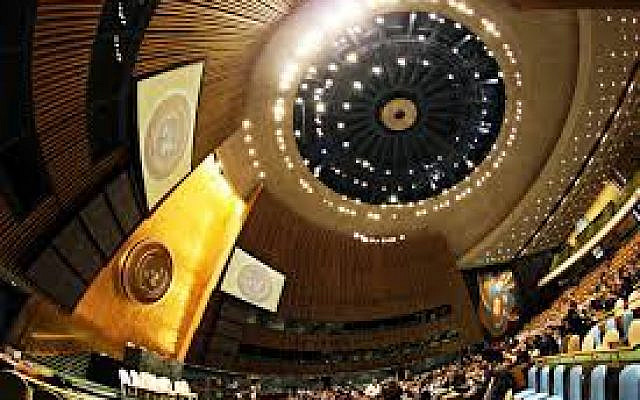 Lest anyone thought the Biden administration really believed in an “unshakable partnership” with Israel, we need only look to the recent US abstention vote at the UN on the Palestinian Right of Return (UNRWA). The most likely explanation is moral cowardice. However, could this reflect something deeper and uglier?

In abstaining on this one-sided resolution, did the US representative also bring up reparations to Jews kicked out of Muslim countries? Of course not. One begins to wonder if President Biden who told Bennett that the US has an unshakable partnership with Israel is president in name only. Are others in the Biden administration calling the shots or does this vote reflect Biden’s own intent? Yes, the US continued funding for Iron Dome, but with their rabid desire to re-enter the Iran nuclear deal, their pressing of Israel, a sovereign country, to have a Palestinian consulate in Jerusalem, and now this UN vote, their true colors are showing.

Israel is plainly a thorn in the side of a US administration that is dealing within its own party with radicals who dislike Israel, some of whom have actually used antisemitic tropes. In fact, is the President’s decision to direct an abstention vote on the UN resolution legitimate criticism of Israel for real issues or does it reflect something darker–animosity bordering on antisemitism? President Biden is not the first President to vote abstain on this resolution. Remember on Dec. 24, 2016, after President Obama’s similar abstention, Senator Marco Rubio released this statement: “With today’s abstention, President Obama has aided and abetted radical, anti-Semitic forces at the U.N. and cemented his legacy as the most anti-Israel U.S. President in history.” President Biden seems to be following in the Obama administration’s footsteps.

Make no mistake, animosity toward the Jewish State is often rooted in animosity toward Jews. Yet authorities make anti-Israel statements sound innocent, as something other than antisemitism. Those who oppose Israel justify their actions as calling out human rights abuses, accusing Israel of being a racist, apartheid country that has committed unspeakable acts against innocent Palestinians. Never mind that so many other countries are true abusers of human rights, such as Iran, Syria and Cuba to name a few.

So some will call the abstention vote reflective of legitimate criticism of Israel. But I fear it reflects what often hovers at the edges of anti-Israel rhetoric–antisemitism. Natan Sharansky gave us a simple test called the “3D” test to help us discern legitimate criticism of Israel from antisemitism (Natan Sharansky, “3D test of Anti-Semitism: Demonization, Double Standard, Delegitimization,” Jewish Political Studies Review 16:3-4, Fall 2004). The first “D,” demonization, is when Israel’s actions are “blown out of proportion.” Certainly, the UN has a history that fits this “D,” when some compare Israel’s Palestinian refugee camps to Auschwitz or call Israel an apartheid state. The second “D” test is a double standard in which Israel alone is singled out for all ills by the UN. Calling for reparations for Palestinians but not for displaced Jews from Muslim countries is one such example. Finally, the third “D” is delegitimization which denies Israel’s fundamental right to exist as a Jewish state. Enabling the law of return for Palestinian refugees is a de facto way to end Israel as a Jewish state. By failing to veto the UN resolution, the current administration in Washington hit all three of Sharansky’s “Ds.” Would the administration say they were antisemitic? Never. But this abstention vote does not pass the test of legitimate criticism of Israel.

What does this mean for Israel going forward? Basically, it means it would be in Israel’s self-interest to cement stronger ties to its Abraham Accord partners, to Russia, to India, to reliable EU countries, and yes maybe even to China. Perhaps reconsidering the pipeline deal to the UAE could be an important first step. Contrary to frequent public statements, the US no longer has an “unshakable partnership” with Israel and certainly no longer has, as they often state, “Israel’s back.”

About the Author
I am the author of three professional textbooks for kindergarten to 12th grade educators on how to teach reading. I am a national speaker, started a company and conduct research. Currently I consult with textbook publishers, advocacy organizations and state legislators. My best known book, "Teaching Reading Sourcebook, " is the most used text in teacher preparation courses in US universities. I have a particular interest in dyslexia. I live in California in Silicon Valley.
Related Topics
Related Posts
Comments