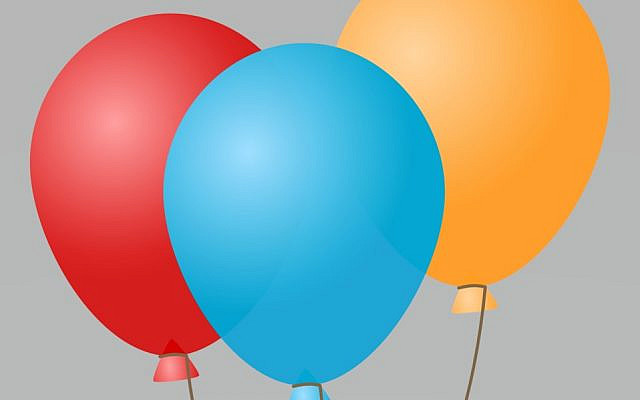 The IDF has spoilt my blog. I had not realised that the Chief of General Staff, the Ramatkal, reads them. I was going to compare the time I spent training my dogs with the IDF’s response to the on-going fire balloon attacks from Gaza. But someone has woken up, at last.

Training dogs is hard work. The most important thing is making the dog understand that “sit” is a command that is given just once and is to be obeyed immediately. Saying sit, sit, sit, please sit, while the dog looks on in amusement is not going to work. The command “sit” is given, followed after just a slight pause, by a hearty clomp on the dog’s backside. Even the thickest dog soon gets the idea.

The same is true for terrorists. Warning them, time after time, of “serious consequences” and a “forceful” response is not going to impress Hamas. They have heard it all before.

This morning, as I prepared to complete the blog I had started yesterday evening, I saw the headlines in The Times of Israel, “Israel hits Hamas targets in Gaza after over 60 fires sparked by arson balloons”. Helicopter gunships and tanks were used to strike several targets in the strip. According to an IDF spokesman, the targets included “a military base, underground infrastructure and observation posts belonging to the Hamas terror group.”

This is how it should be. Just minutes after a balloon lands, our forceful response should be on its way. Even the thickest terrorist will soon get the idea.

Since the beginning of the return of the Jews to their land, enormous efforts have been invested in realising Isaiah’s prophecy – “The deserts will become as green as the mountains of Lebanon”. Sadly, the Hezbollah terrorists have made this a poor comparison. While people from all over the world come to the Negev’s Agro-Research Centre to learn how Israel fights desertification and makes the desert bloom, the mountains of Lebanon are blackened with dust from what used to be Beirut.

We do not want to see our carefully tended fields and forests turned into burnt wasteland. The IDF knows where the terrorists are hiding. Why do we have to wait for a flaming balloon to land before we take action. Hit them now and hit them hard.

It is said that every dog has its day. Well, it’s time to tell Hamas that their day has come.