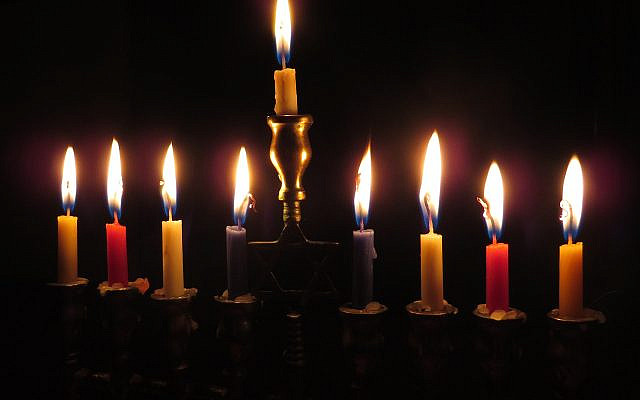 There are less Jews in the world than a rounding error of a Chinese population census.

I read a few years ago that an acceptable mistake in such a census is 30 million – double the number of Jews in the world! Furthermore, there are many more children in first grade in China (approximately 20 million) than there are Jews. Israel, one of the smallest countries in the world, can fit a whopping 460 times into China’s landmass!

Despite these figures, the remarkable fact remains that this tiny people, of less than one fifth of one percent of the world’s population, has impacted the course of humanity’s moral and spiritual history significantly more than China and arguably more than any other nation in history. Historian Paul Johnson makes this point in the closing chapter of his monumental work, “A History of the Jews,”[1] when summing up the great Jewish contribution to the world:

“To them we owe the idea of equality before the law, both Divine and human; of the sanctity of life and the dignity of the human person; of the individual conscience and so of personal redemption; of the collective conscience and so of social responsibility; of peace as an abstract ideal and love as the foundation of justice, and many other items which constitute the basic moral furniture of the human mind.

For me, one of the most profound lessons of Jewish history is this – so few can so deeply have an impact on so many. That strength lies not in numbers but rather in the quality of spirit. 20th century American anthropologist, Margaret Mead, made this point well when she famously said, “Never doubt that a small group of thoughtful committed citizens can change the world; it is the only thing that ever has.””

This is perhaps the story of the Jewish people in a nutshell.

An explicit verse in the Torah highlights this very point where it states that we are the smallest of all nations.[2] The verse implies that the basis for being singled out for a unique Divine role is not a result of numerical strength but is rather rooted in the realm of the spirit. It is linked to being an Am Segula – a treasured people, which is a unique spiritual and deeply transformative metaphysical trait facilitating the ability to impact far beyond a number quantum.[3]

One Family, One People

This fundamental idea of so few people having so great an impact is at the heart of Jewish living since time immemorial. Indeed, the whole book of Bereishit is the story of one family. Adam and Eve and their children, Noah and his wife and children and the family of Abraham and Sarah, our forefathers and mothers and their children. Through their passionate belief in one G-d, a personal G-d who created us and the world for a purpose, the book lays the moral foundations and spiritual building blocks for an entire nation.

The Book of Shemot is about how this family gave birth to a people and nation whose redemption from the clutches of Egyptian oppression, its experience of Divine revelation and acceptance of the Torah at Sinai, would eventually transform the moral and spiritual course of all of human history.

So few impacting so profoundly on so many.

Nowhere is this more obvious than in the Chanukah story. One man, Matityahu the Priest, and his five sons: Yehudah, Shimon, Yochanan, Elazar and Yonatan – one small family known as the Hasmoneans, changed the course of Jewish history forever. An event which took place 2,300 years ago continues to echo into eternity.

It was a time of Greek world domination, systematic global acculturation and the assimilation of the inhabitants of the conquered nations and minorities throughout the Empire. Judea, the Jewish country at the time, was heavily influenced by the enticing hedonistic lure of Hellenistic culture. The Jewish people were in grave danger of losing their national and spiritual identity and – G-d forbid – vanishing as a distinct culture from the platform of human history, the fate of so many ancient nations. Had this small Hasmonean family not placed its finger into the rupturing dyke, and not cemented the breach of the tumultuous and raging waters of cultural assimilation, the flame of Torah and Jewish destiny may very well have been snuffed out forever.

This one family stood up against the harsh decrees of the Syrian Greek King Antiochus Epiphanes, who threatened to uproot every last vestige of authentic Jewish life. They attracted supporters and grew in number, sparked a revolution, rebuilt a Jewish sovereign state, brought cultural independence to Judea and rededicated the Temple in Yerushalayim. They succeeded in not only stemming the tide, but in reinvigorating the Jewish people’s belief in themselves and G-d, enabling them to survive and push back the military, political and cultural onslaught of the dominant superpower at the time.

Outnumbered by 20-1, Judah made the following remarkable speech before facing one of his many battles: “Victory in battle emanates not from the multitude of numbers but rather in the strength given from Heaven…whatever the will of Heaven be, so shall it transpire.”[4]

With a tiny group of untrained men, the Hasmoneans not only defeated this huge army, but continued for many years to fight even larger forces continually sent to put down the rebellion… and even greater miraculous victories took place. The Book of Maccabees recounts that: “On the 25th day of the 9th month, which is the month of Kislev, and on the very date that the heathens had profaned it (the Temple), on this very day was it dedicated afresh.”

The reason we still observe Chanukah today, over two millennia later, is a testament to the Maccabees’ display of incredible courage and faith, and their belief in the justice of the cause of Jewish destiny. It was this that enabled them to prevail in the face of impossible political and military odds.

The few against the many.

The Hasmonean Spirit in our Time

We live in a privileged generation which has seen a remarkable revival of the Hasmonean spirit. After the devastation of the Shoah – the horrific murder of one-third of our people and the destruction of almost the entire Yeshiva world – we have witnessed two miraculous rebirths. Of Torah and of Israel.

A handful of surviving leaders rebuilt the world of Torah study over the course of a few short decades into arguably the largest cadre of Torah learners our people has ever had. And out of the desolate backwater of the Ottoman Empire, a small band of Zionist pioneers created the miracle of modern-day Israel. Reviving a nation, reclaiming a land, rebuilding a country, revitalizing a language and reigniting our spirit.

Two powerful examples of the essence of Jewish history and Divinely-directed destiny. Of how so few can have such a deep impact on so many.

[1] Weidenfeld and Nicolson 1987, p. 585.
[2] Devarim 7:6-8.
[3] Nevertheless, this verse – “the fewest of all peoples” – needs to be reconciled with the multiple promises made to our forefathers of their progeny being compared to the dust of the earth and stars of the sky, too numerous to count. There are many answers but I will just mention one. Rav S.R. Hirsch (Bereishit 13:16) suggests that these promises refer to the eternal nature of the Jewish people. All other nations, while perhaps much larger in number in any particular generation, eventually die out and cease to exist as a nation. Their numbers are therefore finite. The Jewish people, while small in number in every generation, have a Divine promise to exist eternally, outliving all the other nations. Hence their collective numbers over all generations are infinite.
[4] First Book of Maccabees.

This article appears in the Chanukah edition of HaMizrachi, published by World Mizrachi in Jerusalem and distributed around the world.