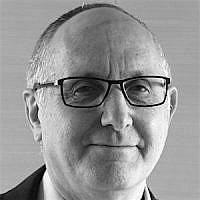 The Blogs
Alan Eppel
Apply for a Blog
Advertisement
Please note that the posts on The Blogs are contributed by third parties. The opinions, facts and any media content in them are presented solely by the authors, and neither The Times of Israel nor its partners assume any responsibility for them. Please contact us in case of abuse. In case of abuse,
Report this post.

The anti-Israel bias of the BBC is notorious and has been well documented. This is often dismissed as “left-wing bias”.

However, the prejudice against the State of Israel has much deeper roots that in fact go back to the mindset of the British Empire.

For generations, the public schools of England had imbued young men with the ethos of Empire. Racism is by definition implicit in the Imperialist credo. The imperialist is convinced of the superiority of his culture, education, morality and race.

While mostly pushed out of conscious awareness the unspoken messages of Empire are transmitted by Royal pageantry, national celebrations, art, military memorials, and even international sporting competition. While most of this is now buried in the recesses of the national psyche it breaks through to the surface on special occasions when “The land of Hope and Glory” and “Rule Britannia” are still sung with gusto and patriotic passion.

The Empire and the “Middle East”

Many commentators in Britain appear completely unaware that the origins of the Israel- Palestinian conflict emerged from British and French imperialist connivance.

In 1916, the British and French governments made a secret agreement to divide up the Ottoman Empire, the Sykes-Picot Treaty. Britain was concerned about the threats to its interests in the Suez Canal and the oilfields of the Persian Gulf.

The agreement gave Britain the territories of Palestine and Iraq. The French received Syria and Lebanon. Conflicting promises were made by the British to the Arabs and to the Jews that laid the seeds for the ongoing conflict between Israel and the newly delineated Arab states. In what was considered a deep betrayal by the Jews, the British carved out three quarters of mandated Palestine to set up the Kingdom of Transjordan in order to appease the leaders of the Arab revolt. The State of Israel was proclaimed only within the confines of 17% of the intended Jewish national home, referenced in the League of Nations Mandate.

“if we must have preferences, let me murmur in your ear that I prefer Arabs to Jews.”.

And Neville Chamberlain as prime minister was to tell his cabinet :

“If we must offend one side, let us offend the Jews rather than the Arabs.”

The British Empire Service and Its Imperial Role

The British Empire Service, later to become the British Broadcasting Corporation World Service, was an arm of British Imperialism, fostering and promoting the objectives of Colonial settlement.

It is surprising to realize, despite all self-delusion to the contrary, that the British Broadcasting Service continues to reflect its strategic and ideological origins to the present day. The BBC portrays an image of Britain that ignores its colonial past and minimizes its current day imperialist ventures. Whether this is done as a conscious policy or as reflexive self interest and prejudice is difficult to determine.

It is important to look at what is left out as well as what is put in.

During Israel’s war with Hamas in Gaza in 2014 the BBC featured lengthy accounts of fabricated Israeli atrocities and inflated numbers of Palestinian civilian deaths, based on partisan and unsubstantiated sources.

In contrast no such coverage has ever been provided with regard to civilian casualties that may have been caused by British warplanes in Iraq, Afghanistan, Libya, and more recently, Syria.

News stories pertaining to former and current colonies that reflect poorly on the British role receive fleeting if any coverage by the BBC.

There has been little news coverage of the massacre of Kenyans by British forces during the Mau Mau uprising which came to light in 2012. Between 20,000 to 100,000 Africans died. Tens of thousands were mistreated in detention camps.

in Northern Ireland in 1972. Fourteen unarmed civilians were killed. It is only now 40 years later, after numerous inquiries, that criminal charges have been laid against one officer.

There has been no significant reporting of Britain’s continuing disputes at the United Nations, regarding the decolonization of Gibraltar and the Falklands.

The Psychological Basis for Anti-Israel Bias

Feelings or thoughts that represent a threat to our view of ourselves are kept out of awareness by the operation of psychological protective mechanisms. If an individual or social group is confronted with information that provokes discomfort, shame, guilt, or loss of self-esteem the information is pushed from consciousness and projected onto another group. This serves to protect the individual or group’s, integrity and view of itself,

The process of projection involves the attribution of undesirable qualities or behaviours to another person or group. This mechanism is the basis of prejudice, bigotry, and racism.

About the Author
Alan Eppel grew up in Dublin Ireland and graduated in Medicine from Trinity College Dublin. He emigrated to Canada in 1974 and has worked and taught as a psychiatrist and psychotherapist. He authored "Sweet Sorrow: Love, Loss and Attachment in Human Life" Karnac 2009 UK.
Related Topics
Related Posts
Comments