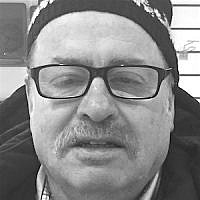 The Blogs
Benyamin Mordechai Berger
Apply for a Blog
Advertisement
Please note that the posts on The Blogs are contributed by third parties. The opinions, facts and any media content in them are presented solely by the authors, and neither The Times of Israel nor its partners assume any responsibility for them. Please contact us in case of abuse. In case of abuse,
Report this post.

Airline Marketing by airport authorities, an opportunity for the IAA-Israel Airport Authority at Ben Gurion

In recent years, an ever-increasing number of airport authorities around the world have come to the conclusion that they can increase their business, both airline and retail, and size of their route network by interacting with the airline community, both by persuading existing airlines to open new routes and/or increase capacity on existing routes and to persuade airlines not flying yet to their airport to consider and in due course open one or more new routes to said airport.

The IAA thus far has not taken up the opportunity to establish such a department, and as a result could conceivably lost some possible new route opportunities. Now that El Al has made the very important strategic decision to order new wide-body aircraft, the largest single order ever made in El Al´s history a timely opportunity exists for the IAA to use this very significant new order to kick off by establishing an Airline Marketing Department to assist El Al in planning and financially assisting the airline to commence new routes for which the larger 747-400´s and 777-200´s are too large for to be commercially-viable.. El Al has orders for 7, 787-8´s and 8 larger 787-9´s, with approximately 48 more seats. Said department could be more than self-financing in terms of incremental aviation revenue (e.g., landing and passenger fees) and non-aviation revenue (e.g., retail and car park revenues) generated, particularly in the low season.

The possible takeover of fast-expanding Israir by the El Al group could, subject to labour laws allow El Al to compete more effectively in low fare markets with the many low cost European air carriers that have proliferated in the Israeli market since Israel implemented an Open Skies Agreement with the European Union and possibly allow El Al to fold its low fare but high cost brand UP into a true low cost structure, and an active Airline Marketing Department of the IAA could assist with the identification of the best new route opportunities for such a really cost effective Israeli low cost brand.

Israel has growing commercial ties with Asia and Africa and these will over time provide an increasing range of new route opportunities, and in North America Israel´s high-tech sector needs urgently to have a non-stop San Francisco link, plus open a link to Washington and S Florida, ideally Fort Lauderdale rather than Miami due to the larger Jewish catchment of the former over the latter and also to Chicago. Israir recently announced the intention to operate to Colombo (Sri Lanka), Zanzibar and the Seychelles, but many more opportunities exist which an active IAA Airline Marketing Department could through making well-researched business cases with relevant data and providing financial incentives to help mitigate the initial commercial risk help generate in an active way, possibly leading to the opening of new routes ahead of when they may have been opened without IAA intervention. Said incentives should as in other airports be published, transparent and non-discriminatory.

Many international airports use some or all of the above types of incentives to generate new routes and growth on existing ones.

In addition to the above, airline marketing departments engage in the following work.

Aside from the above discussion regarding the nation´s premier international gateway, it would also be important to note that such schemes, perhaps administered even more aggressively could help with the expansion of the existing passenger flows at the two Eilat-area airports, Eilat and Ovda,  when the new Ramon Airport opens in Timna.