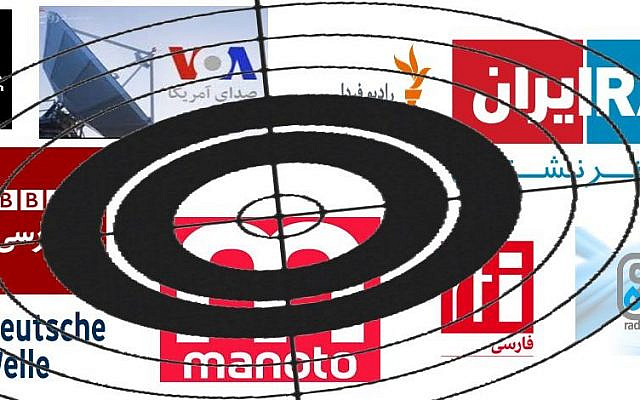 EXECUTIVE SUMMARY: While most European intelligence services are alert to the terrorist activities of Iran’s IRGC, they pay too little heed to the IRGC’s media network, which spreads pro-regime propaganda across the continent from Frankfurt, London, Paris, Stockholm, Amsterdam, and Prague.

On July 13, 1989, Iranian operatives in Vienna under diplomatic cover assassinated the head of an Iranian Kurdish dissident group and two others. As of that moment, most European intelligence services began to monitor the malign activities of the Iranian regime on European soil. They committed resources to uncovering Iranian cells, terrorism, fake refugees, pro-regime lobbies, and phony Iranian activists in the European media.

Iran has continued to be active in Europe for decades. In 2018, authorities in Belgium, France, and Germany arrested several Iranian operatives, including an Iranian government official, on charges of conspiring to plant a bomb in the middle of a political rally in Paris.

While EU intelligence services are alert to the terrorist activities of the IRGC network, they tend to neglect the influence of the IRGC on Persian external media. These media services are based in Frankfurt, London, Paris, Stockholm, Amsterdam, and Prague, where they broadcast slanted reports in favor of the Iranian regime.

In the 1990s, a network of “reformer” newspapers was established inside Iran that sent journalists to Europe, where they were employed by Iranian news agencies and media. These reporters are known to have been involved in financial corruption (petrochemical-gate); criminality (rape, drugs, and more); placing phony “refugees” inside Iranian embassies for the purpose of fraudulently voting in presidential elections; setting up lists of “approved” guests or pro-regime experts for interview (for example, on Persian radio in the Czech Republic, a single pro-regime guest was interviewed 178 times in the space of a year); refusing to grant a platform to critics of the regime; special reporting in favor of the regime; censorship of anti-regime activists; and disseminating fake news via social media (for example, Instagram Live and Clubhouse meetings for propaganda purposes in support of IRGC-connected political candidates).

The largest Iranian intelligence center in Europe is in Vienna. European think tanks that are supposedly monitoring the activities of Persian media networks cannot be relied upon, as in some cases they contain regime apologists.

The IRGC is committed to the silencing of both internal and external opposition, and does much to control both Iranian public opinion and Western media perceptions. Pro-regime journalists normalize and legitimize the crimes of the Islamic regime and systematically lie and spread propaganda in the mullahs’ interests.

On April 12, 2021, the EU sanctioned Hossein Salami, head of the IRGC, and eight other Iranian security officials over a deadly crackdown in November 2019. The last time the EU sanctioned Iran over human rights abuses was in 2013. The Iranian media network in Europe should also be closely watched by European intelligence and should be subject to sanction.