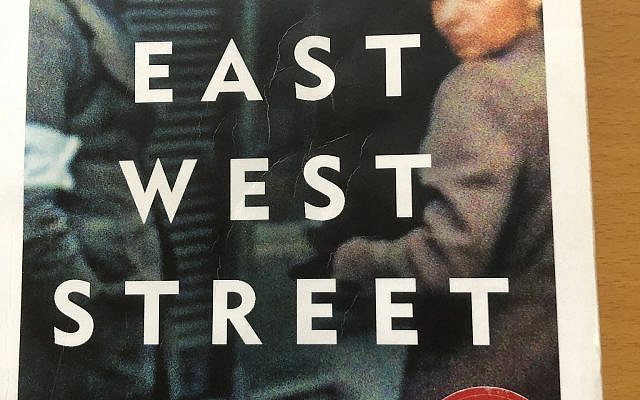 Whether you call the city Lvov, Lviv or Lemberg, the place that was once a centre of culture and commerce in Ukraine is currently the scene of destruction and devastation. Now that the whole of Ukraine is being subjected to attack by Russia, I am reminded of the book East West Street; on the Origins of ‘Genocide’ and ‘Crimes Against Humanity’ which I read and reviewed here recently. The author, Philippe Sands, a renowned expert in international law, investigated the origins of those two seminal legal terms. However, the book is no dry-as-dust academic study as the author has managed to introduce the human element in the form of the two Jewish legal experts who originated from Lvov, just as his own family did.

Those two legal terms were employed in the 1946 Nuremberg trials of a number of Nazi leaders who were held accountable for the atrocities inflicted on the populations of the countries their regime invaded, occupied and plundered, and whose Jewish populations they systematically murdered.

The two Jewish lawyers whose efforts culminated in the introduction of the terms ‘genocide’ and ‘crimes against humanity’ were originally from the Ukraine and both studied law at Lvov University, although not at the same time. Hersch Lauterpacht, who coined the term ‘crimes against humanity,’ managed to leave Ukraine, ending up in the UK, where he was given a prestigious academic position at Cambridge University. Rafael Lemkin, the other Jewish legal expert, made his way to the USA in 1939 and forged a distinguished academic career for himself there.

The two men never met in person, though doubtless knew of one another’s work. But the inevitable conclusion that the reader cannot help drawing after reading this book is that fate happened to bring two men of intelligence, insight and understanding who were also Jews to reach conclusions that have had a lasting impact on international law.

There is talk now of bringing those involved in the current war in Ukraine to justice at the International Criminal Court in The Hague. That court was founded as a direct result of the work of Lauterpacht and Lemberg. Whether anyone will ever actually be put on trial is doubtful, but there is no escaping the irony of the situation that draws together the fate of Ukraine with the work of its former citizens. And, of course, through the convoluted course of history, combines the effect of Nazi crimes with Jewish intellect on world events.