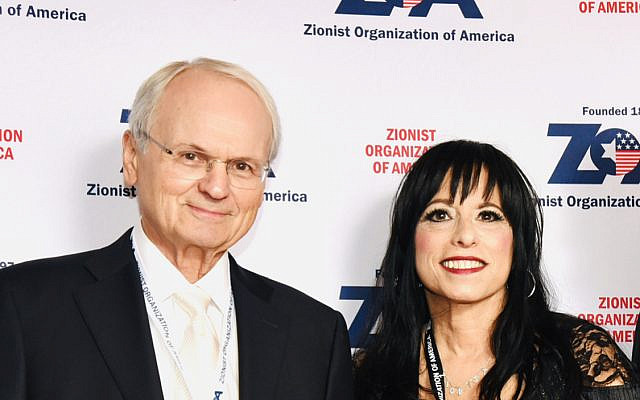 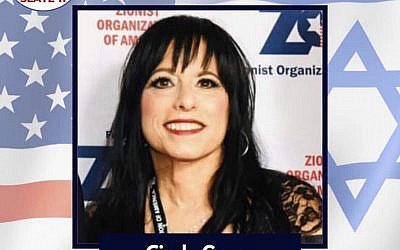 I am proud to support The Zionist Organization of America.  I remember my first conversation with Morton Klein, ZOA National President, because I was intimidated.  I still feel that way every time we speak.  He is my mentor.  He teaches me everyday to speak the truth, and being right is more important than being popular.

Worldwide antisemitism is increasing at an alarming rate.  Silence is not an option.  Complacency is not an option.  Too many Jewish organizations and public figures aren’t consistent in their advocacy.  That is not ZOA, Klein, Chairman David Schoen or any other board member, donator or former honored guest. ZOA fights on college campuses, in courts and through education seminars.  The message is simple, Israel is the Jewish homeland legally, historically, religiously and legitimately. Christian and Arab Zionists are free to live, visit and appreciate Israel as the only democracy in The Middle East.

ZOA also models gratitude.  It says thank you by honoring those who back Israel at their annual gala.  Past honorees have included Alan Dershowitz, Senators Ted Cruz and Tom Cotton Former Congressman Ed Royce  and Former Ambassador David Friedman.

ZOA honored me by appointing me as a candidate on the ZOA slate at the World Zionist Congress in 2020.  They have allowed me participation in their annual gala for many years.  The gala is considered the highlight of Jewish and Israeli advocacy every year.  This year looks to be memorable.

I pointed out in several articles the contrasts between Trump and Biden and how American Jews don’t appreciate Trump:

In addition to President Trump, ZOA will be honoring Congressman Kevin McCarthy, right after the November elections.  McCarthy has been an outspoken advocate for Israel as both House Majority and Minority Leader.  I personally know of many elected officials who were brought to Israel by him.  Rep. McCarthy was first elected to Congress in 2006 and represents California’s 23rd District.  He has been at the forefront of the effort to combat anti-Semitism, and has been an outspoken critic of Rep. Ilhan Omar for her anti-Semitic remarks.

Jason Greenblatt was an assistant to former President Trump.  He was appointed Special Representative for International Negotiations and was one of the architects of the Abraham Accords. 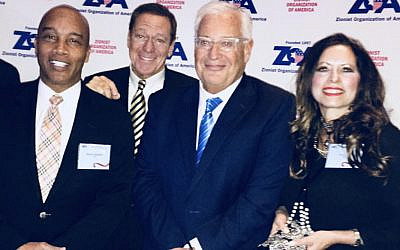 Let me be clear The Zionist Organization of America is a nonpartisan organization.  It has honored many Democrats in the past.  However, this current administration has never disciplined “The Squad” who wants to eliminate Israel, continues to advocate for an Iranian Nuclear Deal and funds an education system that allows prejudice against Jews.  True Zionists and those fighting antisemitic words and actions understand that the current Democratic Party does not appreciate Jewish support.  We look forward to working with elected officials that support policies promoting Jewish interests.

Cindy Grosz is The Jewess Patriot, Radio’s Premiere Jewish Activist syndicated through Conservative Television of America, Real Talk Radio and the Black and White Network.  The show streams through RokuTV, Amazon FireTV,  iHeart, Spotify and Deezer and out of Israel through Jewish Podcasts.   She is the chair of Jewish Vote GOP and a Jewish advisor for many 2022 candidates.  Her lawsuit against the NYCDOE exposes scandals and corruption within public schools.  She can be reached through jewishvotecounts@gmail.com