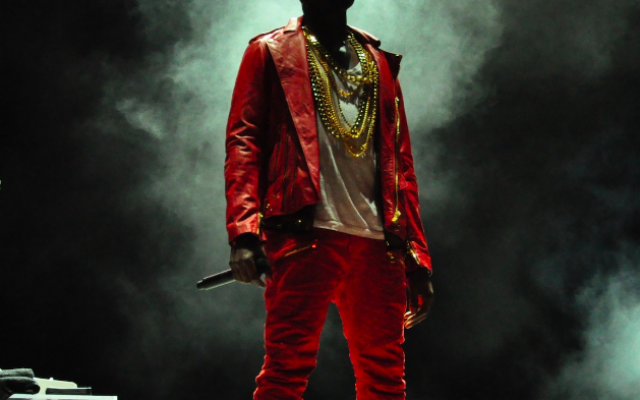 You can throw antisemitic TikTok comments at me all day, and I won’t break a sweat. When you have an account with half a million followers, and your content is about Holocaust education, it happens. I’m not easily rattled.

In fact, I’ve become somewhat of an expert on dog whistles and emojis, nationalistic symbols from Europe a century ago, swords, skulls, and lightning bolts. It only takes me a moment to differentiate between a hateful comment left by a bot, a bored teenager (“edgelord”), or an actual neo-Nazi. I can usually spot whether the commenter is American or European, judging from their language use, emojis, and the tropes they spout. American antisemitic comments are more likely to couch their antisemitic hate in terms of MAGA and QANON. European haters focus on the glorious past of you-know-who and The Protocols of the Elders of Zion. It’s potato potahto, really. Depends on which side of the pond they are coming from as they frame their Jewish hate with the emoji du jour.

But now, there’s Kanye. I must admit that while I found his behavior appalling, I underestimated the impact it would have. That is, until I made a TikTok condemning him. That TikTok went viral in a few short hours. It has 466K views with 4,011 comments – so far. Usually, on TikTok, I simply delete and block hateful comments. But I couldn’t keep up with the hate on this TikTok. My eyes glazed over, and my heart dropped. Ultimately, I decided to leave the comments there so that people could see this hate and its direct connection to Kanye West. I even tried to engage with one commenter.

Eleonora falls into a different category from the ones I mentioned earlier. She’s not an “edgelord” or neo-Nazi, and she certainly isn’t a bot. Instead, Eleonora falls into a growing category that I call The Vulnerables. I got her to engage by pretending I didn’t understand why she sees Kanye West as a positive, even heroic figure. Sweetly, she informed me that only the “bad Jews” control the banks, brands, media, and Hollywood. Not, she stressed, using a smiley emoji, the “good Jews,” of which I was definitely one! In fact, I am “sweet!” Heart emoji, heart emoji, heart emoji!

Kanye, according to Eleonora, is a kind of messiah figure; he’s sacrificing his career for us to finally see the reality of things. Then, quite naturally, the fashion brand Balenciaga came up. We’ll come back to that.

As I waded through an emoji-laden conversation with Eleonora, trying to keep my bearings, I realized that I was witnessing something almost awe-inspiring, like a new volcano erupting from the sea.

This volcano offers something for both old-school antisemites and curious beginners. It comes with logic and connections! It all makes sense! Everything old is new again because evidence and stuff!

It goes like this: African Americans are the real Jews and, as such, cannot be antisemitic. Not Jews of color, by the way; we are talking about, in most cases, African-Americans who have lately treated themselves to the thoroughly antisemitic film Hebrews to Negroes: Wake Up Black America. This new film uses an old trope, that of the Khazar myth.

So first, you have to understand that Kanye cannot be antisemitic because, according to H2N, he is a Jew. A real Jew. A good one. Second, Kanye cannot be bad because he embraces the loving spirit of Jesus and believes everybody is ultimately good. Ergo his rant about Hitler on the Alex Jones show. Are you still with me? Now we come to Balenciaga’s incredibly bizarre ad campaign that featured children with teddy bears that appeared to be draped with BDSM gear, endorsing, according to conspiracy theorists – flaunting, really – that the brand is associated with a worldwide child sexual exploitation ring. BUT Balenciaga also dropped Kanye in October after his antisemitic “death con” rant on Twitter. Get it? Me either. Balenciaga (or, as a TikTok creator recently made clear, “BAAL”-enci-aga, which, she claims, is Italian for “Baal (the demon) the king” is in on it!  Also, probably Hilary Clinton, Hollywood, and the Banks. Don’t even talk to me about King Leopold. And Hitler made Fanta, so that’s a plus. Just let this wash over you. Try not to think.

This confluence of antisemitic ingredients rivals anything I have ever seen. Several mighty rivers, old and new, are rushing together to rebrand antisemitism with mystical, messianic, truth-telling vigor. And it makes perfect sense to Eleonora on TikTok and untold thousands of others.

“…when you have a conspiracy theory that feeds on itself, it’s a perpetual-motion machine that will continue to sustain itself for quite some time. Yair Rosenberg

Yair Rosenberg wrote an excellent article in The Atlantic that succeeds in explaining why antisemitism goes hand-in-hand with the conspiracy theories that are running rampant. Clearly, there have always been conspiracy theories – everybody knows that. But today, faced with confusing outrage after outrage (Trump had dinner with Kanye West?!), conspiracy theorists have a surfeit of puzzle pieces to work with on the daily. It’s their version of Wordle.

I’ll be honest, I started @thetrueadventures on TikTok to sell more copies of The True Adventures of Gidon Lev. My life partner, Gidon, is a survivor of Theresienstadt. Unfortunately, it took approximately one week before the hate started coming into our comments. Then our entire raison d’etre changed. To see a Holocaust survivor, aged 87, witness this resurgence of antisemitism is surreal; more than that, it’s heartbreaking and frightening. And our TikTok account is documenting it all.

About the Author
Julie Gray is a writer and editor who made the leap from Los Angeles to Israel many years ago and has had many (mostly) humorous adventures ever since. She is the author of The True Adventures of Gidon Lev: Rascal. Holocaust Survivor. Optimist.
Related Topics
Related Posts
Julie Gray