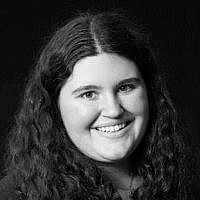 The Blogs
Sarah Schornstein
Apply for a Blog
Advertisement
Please note that the posts on The Blogs are contributed by third parties. The opinions, facts and any media content in them are presented solely by the authors, and neither The Times of Israel nor its partners assume any responsibility for them. Please contact us in case of abuse. In case of abuse,
Report this post. 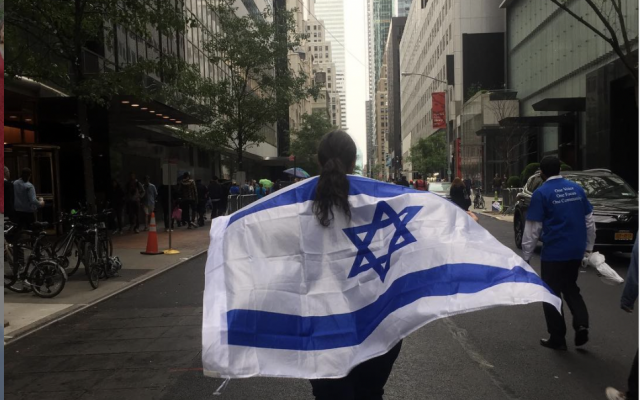 When I was in 2nd grade, my teacher taught me how to spell desert and dessert by reminding us that you only want one “desert” (one “S”) but two desserts to eat (two “S’s”). This clever trick sticks with me to this day.

Now imagine that instead of spelling, you’re learning about geopolitical conflicts, such as the Arab-Israeli one, but the teacher is clearly taking one side. This would impact how students think about the situation. When discussing Jewish and Israeli history, educators must be careful and truthful. If students are taught an unbalanced and distorted perception of history that is biased against Israel, this could create a future generation of people who believe antisemitic tropes and who are deceived into viewing a close ally of the United States with hostility, not only putting the future of the Jewish people at risk but also impacting the only democracy in the Middle East that shares the United States’s democratic values.

Consider, for example, the  battle over the new mandated Ethnic Studies curriculum in California. The California Board of Education asked a group of California academics to draft a model ethnic studies curriculum purportedly focused on raising awareness of the contributions of ethnic and racial minorities in California. The problem is that it excludes the Jewish experience while praising the anti-Israel and antisemitic Boycott, Divestment and Sanctions (BDS) movement; Senior Contributing Writer for Education Week Catherine Gewertz wrote that the curricula likened the BDS movement to a “global social movement that currently aims to establish freedom for Palestinians living under apartheid conditions.” This characterization is false, because, in reality, the BDS movement advocates for the economic isolation of the state of Israel in order to dissolve it. The movement’s own founders have acknowledged as much.

Praising BDS and excluding the pro-Israel narrative in classrooms creates an environment in which students are pitted against their Jewish and pro-Israel peers, as the Jewish students are seen as oppressors and colonizers. In reality, Jews are trying to defend their tiny state against the much vaster and more numerous Arab and Muslim nations that seek to destroy it. The Palestinians have repeatedly rejected peace with Israel and that is why they have no state of their own. What is even more alarming is that if this content is integrated in early stages of children’s lives, these toxic ideas stay with the students unless they are later taught otherwise, which is not always a guarantee. Exposure of the biased curriculum by alert individuals in the community led to a massive campaign demanding that the curriculum be redone to exclude false and defamatory content about Jews and Israel.  As a result of the public uproar, Gov. Gavin Newsom vetoed the draft pending major changes in August, 2019. If Gov. Newsom had not vetoed this draft, it was set to be a guide not only for the six million students in California, but also for schools who may look to California as a leader in instituting racial and ethnic curricula into public education.

Such controversies are hardly isolated incidents: In 2018, Committee for Accuracy in Middle East Reporting and Analysis (CAMERA) Senior Analyst Steve Stotsky discovered that a teacher at Newton North High School in the Boston area was using a biased curriculum rife with misleading information and bias in a Senior elective known as “Middle East, Asia, and Latin America.” When explaining the Arab-Israeli conflict, many details were omitted and facts distorted. For example, the teacher did not adequately acknowledge the Jewish indigenous connection to the land of Israel. Additionally, the teacher explained that the conflict in Israel is expressly not a “religious battle,” but “A political struggle over competing national aspirations.” This is simply not true. CAMERA has documented religious incitement by Palestinian leader, Haj Amin Husseini as far back as 1920. More recently, The official charter of Hamas (the terrorist organization that rules the Gaza Strip) states the following: “The day that enemies usurp part of Moslem land, Jihad becomes the individual duty of every Moslem. In face of the Jews’ usurpation of Palestine, it is compulsory that the banner of Jihad be raised.” Many Jews see Israel as their home, and, as Stotsky points out, Hamas speaks clearly on the point, believing the land of Israel belongs to Islam and that the Jews have no right to live on any part of the land. Stotsky later explained that, per emails he obtained after a Freedom of Information Act (FOIA) request, a teacher haughtily dismissed the prospect of “fram[ing] this conflict in terms of a holy war,” and added,  “…we can’t allow this mistruth to be taught in our classrooms.” If teachers themselves are quick to dismiss evidence that challenges their own preconceived notions, students adapt that mindset as well.

Regarding downplaying the Jewish connection to the land of Israel, this creates two main problems. Firstly, like the California case, it creates the illusion that the Jewish people were colonizers who attacked the Palestinian land as did, for example, the Spanish in South America. Such framing fuels antisemitism and hatred of the Jewish state masked as social justice. After all, most good people want to fight for social justice and for oppressed minorities. Secondly, it misrepresents historical realities. The Jewish people have always lived in the land of Israel and were repeatedly conquered by colonizing powers.

Just as I was taught how to accurately spell “dessert” and  “desert,” teachers, school administrators and legislators everywhere have the power to shape the way students see the world. The rise of inaccurate and slanderous anti-Israel material in lesson plans and curricula is disconcerting. It’s time to take a stand against hatred and bigotry in our institutions of learning.

About the Author
Sarah is a student at George Washington University studying International Affairs with a minor in Mass Communications, from Manalapan, NJ. While at GWU, she has interned at the American Israel Public Affairs Committee, the Israeli Mission to the United Nations, Jaffe Strategies, Committee for Accuracy in Middle East Reporting and Analysis and at FOX News. At GW, she has served as Co-Shabbat Chair for GW Hillel and Co-Education Director for GW for Israel. Sarah loves to travel, enjoys theater production, event management and film production as well.
Comments