Fifty years ago, the Western Wall — or “Wailing Wall” as it was then called — was a symbol that united Jews. It was the last vestige of a Temple that had been destroyed nearly 2,000 years earlier and a stark reminder of a divided Jerusalem. 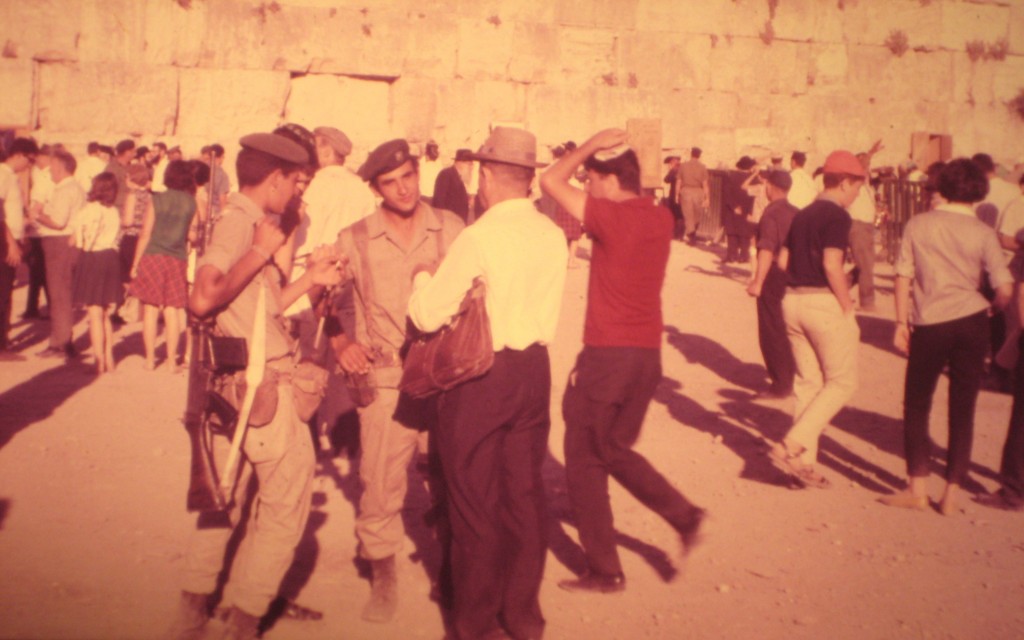 The Kotel was in Jordanian hands, which only served to emphasize our shared sense of mourning for what was no more.

However, the Six Day War would change all of that. On June 7, 1967 Israeli forces would enter the Old City. David Rubinger’s classic photograph of the three paratroopers at the Western Wall summed it all up. At the time, it seemed as though the words of the psalmist had been fulfilled. “Those who sow in tears will reap in joy.” Jerusalem had been re-united, or in Motta Gur’s oft-quoted words: “The Temple Mount is in our hands”.

I can remember at that time joining the thousands who streamed into the Old City reaching the newly bulldozered Kotel plaza. Men, women and children, religious and secular, soldiers and civilians.

Those were heady days when there was no mechitza (separation barrier) at the Wall and no rabbi responsible for administering the Kotel and enforcing a particular expression of religious conduct.

Fast forward 50 years and what was once a site that symbolized unity has, to all intents and purposes, been transformed into a charedi (ultra-orthodox) synagogue scarcely visited by most Israelis but frequented by diaspora Jews, a handful of shnorrers and those offering their services to officiate at quickie Barmitzvah ceremonies.

The late Israeli philosopher, Prof. Yeshayahu Leibowitz, himself an orthodox Jew, described the place disparagingly as the “Diskotel“.

And now the Kotel has become a battleground – not between Israeli soldiers and the Jordanian army but between Jew and Jew.

The conflict is of immense significance, because it raises a number of cardinal questions: To whom does the Kotel belong? Is Israel the spiritual home of all Jews and do they all have a right to insist that their particular expression of Judaism be respected? Are the charedim, who comprise a relatively small but growing proportion of Israel’s population, entitled to dictate how Judaism should be practiced in the Jewish State? Is Israel prepared to recognize religious pluralism and grant equal religious rights to all of its citizens, or will its politicians continue to kowtow to the charedim and cower to their demands in order to stay in power?

The so-called “status quo” between religious and secular Israelis, with which parties from both the right and the left have unashamedly colluded, has caused immense damage to Israel. It has alienated many Israelis from their Jewish heritage through the coercive power exercised by the orthodox and charedi religious establishment. It has denied equal rights and attempted to de-validate other religious streams, including the unique traditions and customs of Ethiopian Jewry.

Prime Minister Netanyahu’s balancing act to stay in power has not only come at the expense of religious freedom and pluralism in Israel but has also led to many Jews from overseas feeling that they have been spurned and disenfranchised. Even the credentials of respected US orthodox rabbis such as Haskel Lookstein have been called into question!

Netanyahu’s failure to implement the Western Wall compromise reached by his government with the Jewish Agency has only served to alienate still further those diaspora Jews who feel that Israel has become a source of contention and division rather than a force for unity and inclusion.

Today’s march on the Kotel will be looked back on as a turning point. It was diaspora Jewry’s clearest way of saying “You can’t fool all of the people all over the time.” Of course, things will quieten down now as America’s Jewish leaders return home to vote in the most contentious US elections in recent history. However, the gloves are now off and the old game is over.

There is something deeply saddening in the fact that Jews, who have so frequently been the victims of discrimination and religious intolerance, should have created a nation state in which there is such little respect for differences and preparedness to accept the other.