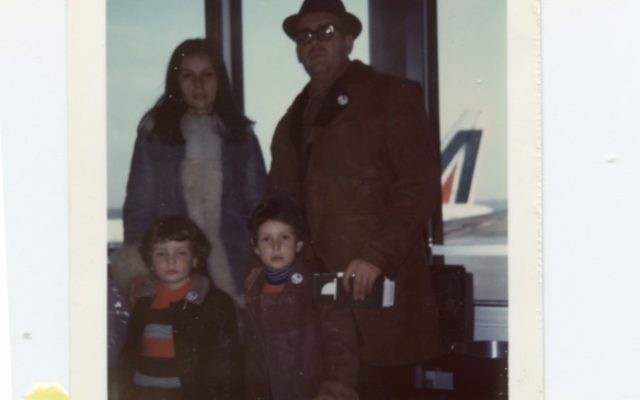 Leaving Rome for the States 1972 (courtesy)

Every seventh grader attending school in the Jewish stream of education in Israel must complete a “Family Roots Project” as part of their Bar/Bat Mitzvah year when according to Jewish tradition, children assume some adult responsibilities and are welcomed as the “youngest members of the oldest people in western civilization”. 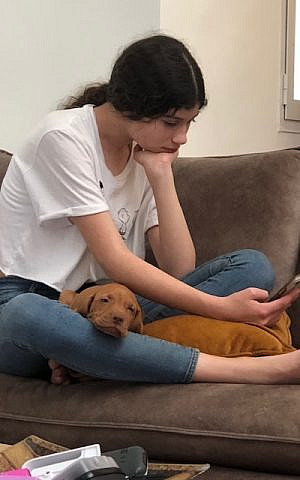 Lia FaceTiming with her Grandma in NYC

As it happens, my daughter Lia’s project falls during this most bizarre time in human history and is due at the end of Passover, 2020. So, while locked down in a rather privileged way in our southern Israeli suburban home with a sunny yard, I recall my parents’ and grandmother’s stories and Lia sends emails to and conducts Zoom interviews with grandparents locked down in other ends of this increasingly large, inaccessible, faraway world.

While on an intellectual level, I clearly understand or at least, would like to believe, that there is no comparison between the events of a century ago and today, the uncertainty of the possible longer-term geopolitical consequences of this novel coronavirus frighten my second/third-generation, post Holocaust psyche.

Nearly three decades after spending two years living near my grandmother my Nagymama, in Budapest, her stories remain etched in my mind, “After the first World War, a new border was drawn up separating the towns of Bacsalmas and Melykut from the city of Sabatka (Subotica). The two small towns remained Hungarian and the city became part of the new Yugoslavia. My parents lived in town and but my grandmother’s many siblings and their families lived in the city. 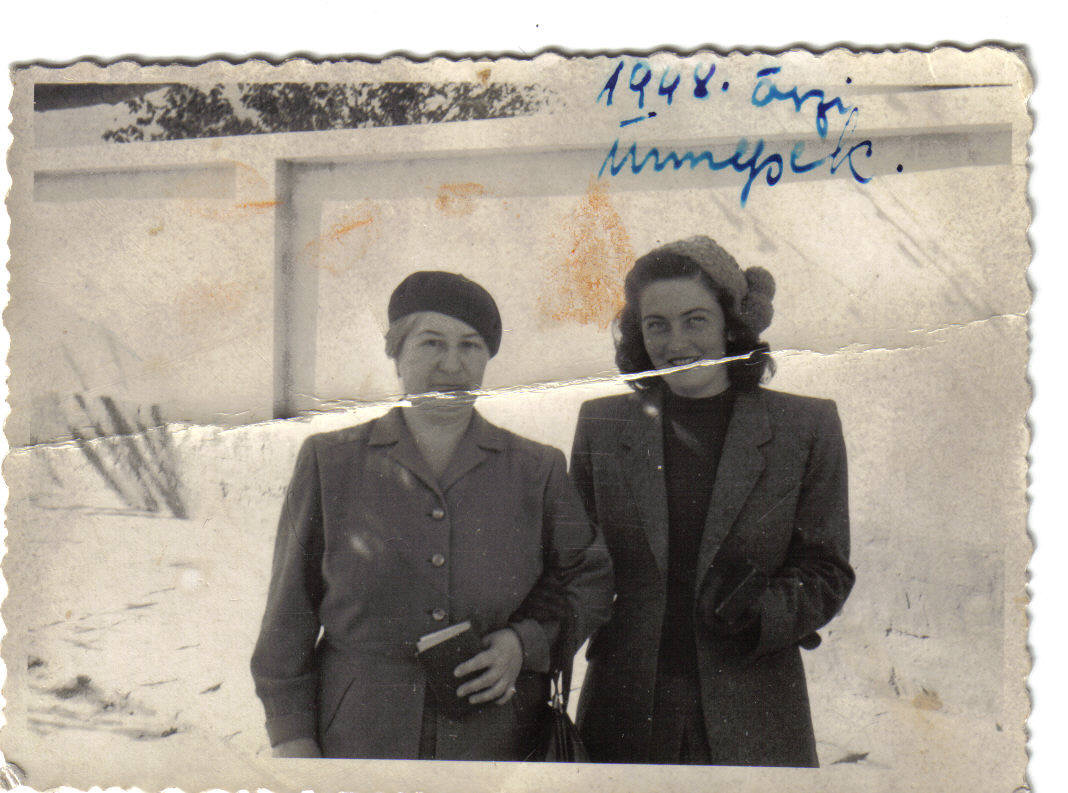 After the Great War, under the Treaty of Trianon, the borders were closed. I was born in 1923 and with rare exception my mother was not able to see her parents or siblings and their children until the second World War when Hungary reclaimed those areas. Ironically, before the deportations of May 1944, we had some quality family time”, she recounted.

Born less than a generation, a mere 23 years after the end of the greatest modern tragedy to befall the Jewish people, I ingested these and other stories together with the Hungarian produced, communist baby formula that my very young mother fed me. 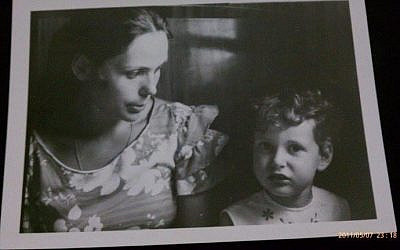 In 1972, when I was 4 years old and my brother was 3, my parents took us, two suitcases and 100 USD on a clandestine journey from Hungary through Eastern Europe, Yugoslavia, Trieste and finally ending in Rome. From there, we obtained immigrant Visas to the United States and began new lives. I don’t remember much from the early years but I do recall my then25 year-old mother’s struggles and loneliness and the daily letters she wrote to her mother, that same Nagymama.. 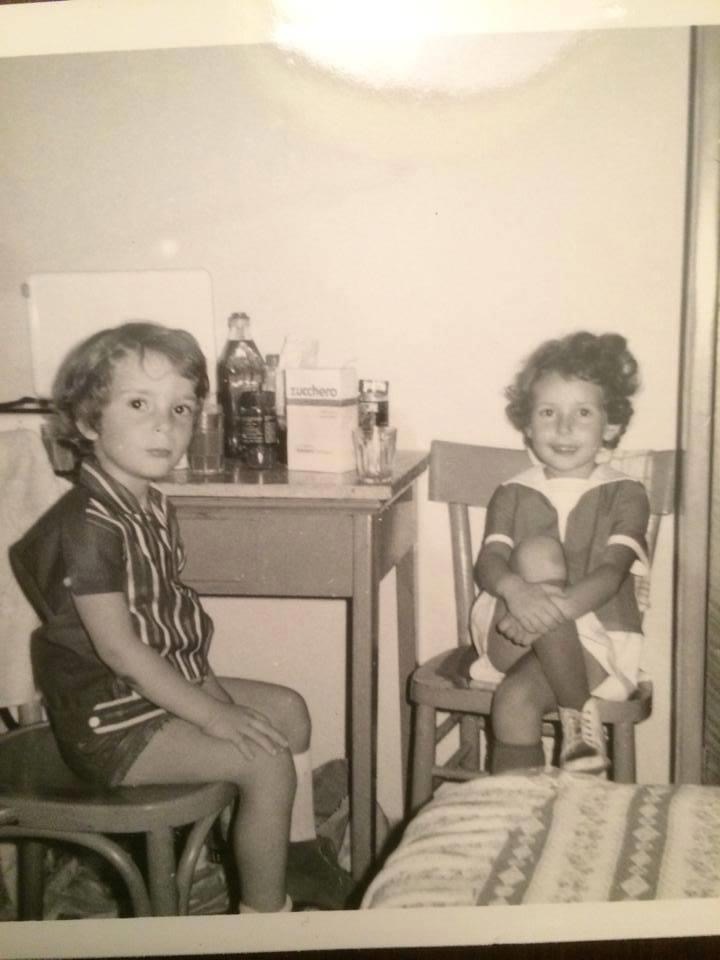 Until we received our US citizenship in 1979 visiting Hungary was impossible. We would have been arrested. The story goes that Nagymama, through a river of tears, connections and begging, procured a rare and special permission to visit us after about a year. Afterwards, almost yearly, without even simple English language skills (she never mastered the language), she boarded a gigantic Boeing 747 to visit us.

Throughout the 70s and 80s I relished those trips to John F. Kennedy International Airport to welcome Nagymama. Very few things excited me as much as the bustling international atmosphere of the airport with people of different cultures, colors, and attire rushing to catch planes to colorful destinations or hugging arriving or departing relatives while children latched onto their parents’ hands, babbling away in some exotic language.  I may not have realized it as my preteen-self attributed exotic, sometimes glamorous and other times tragic meanings to these scenes of human interactions but at the age of 10 or 12 I was witness to the seeds of globalization and technological advances that would in the following three decades transform the world in a myriad of ways. 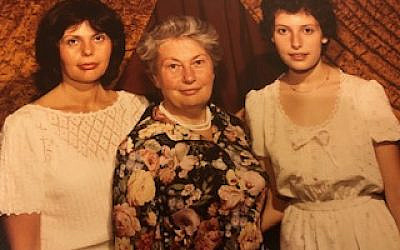 In 1994, emulating my parents’ departure from their land of birth, I embarked on transforming my adolescent Zionist dreams a reality and boarded an ELAL plane determined to make Israel my home. However, unlike previous generations, I was comforted by the fact that I “knew” that my parents, brother and extended family were only a plane ride away. Obviously, money mattered but the possibility was always there, secure. In the years to come, global travel became increasingly accessible and along with millions of Israelis, I hopped on airplanes with relative ease – for holidays, for romantic getaways, to watch my son compete in wheelchair basketball tournaments and most importantly, to visit with family. 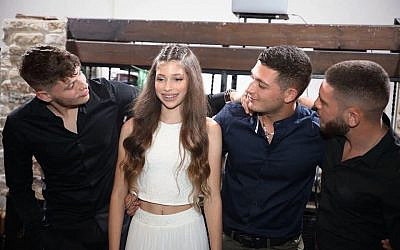 Last month, the rug was pulled from under my feet. The world has literally stopped. Today, I have a family in Israel – a husband, two boys serving in the IDF, a 17-year old and a 12-year old. My mother and her husband are in New York City, locked up in their sixth-floor apartment and my father and his wife similarly so in the San Francisco Bay Area, along with my brother, his partner and my 13-year old nephew. While I am grateful that my nuclear family is together in Israel and my children are close to me, it is difficult to describe the feeling of closed borders, of not being able to jump on a plane should a need arise.

As Lia is my youngest child, her obligatory Bar/Bat Mitzvah Year Roots Project was not a new experience for me yet it assumed a meaning that her three older brothers’ work did not. Today, we are all walking together, yet separately, on unchartered territory, simultaneously looking backwards and forwards. I fear for my children’s future – for the type of world that they will come of age in and inherit and in the eye of the storm, at least, for me, it is difficult to decipher meaning or opportunity.

Therefore, I simply continue – to live, to love, to teach my children empathy and to hope for better days when the marvel of air travel will once again be mundane, connecting us with ease to our extended families, to our roots and to our futures.