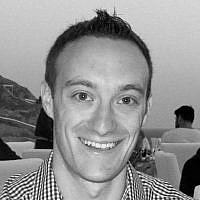 The Blogs
Michael Soffer
Apply for a Blog
Advertisement
Please note that the posts on The Blogs are contributed by third parties. The opinions, facts and any media content in them are presented solely by the authors, and neither The Times of Israel nor its partners assume any responsibility for them. Please contact us in case of abuse. In case of abuse,
Report this post.

For years, Louis Farrakhan’s supporters have complained of the existence of a “Farrakhan Litmus Test,” in which political and social leaders of color are called on to denounce Farrakhan to demonstrate their loyalty — or, perhaps, fealty — to a structurally racist, white dominated culture.  White politicians and activists aren’t asked to denounce every white bigot, the idea goes, and politicians and activists of color should similarly not be asked to denounce Farrakhan. Farrakhan’s anti-Semitism reemerged in the national discourse over the last few weeks after he once again used his annual Saviour’s Day speech to attack Jews.  An anti-Semitic speech by the anti-Semitic leader of the anti-Semitic Nation of Islam is, of course, not particularly newsworthy. What made this speech stand out was not the speech itself, but the unwillingness of progressive activists to disassociate from Farrakhan. Instead, they invoked — implicitly and explicitly — the Farrakhan Litmus Test, rejecting the notion that they should be held accountable for Farrakhan’s words or denounce Farrakhan in the first place. But those who have invoked the Farrakhan Litmus Test in the last few weeks have entirely — and, perhaps, purposefully — misunderstood the criticism they are now facing.

As news of the speech spread, Illinois Congressman Danny Davis confirmed his friendship with Farrakhan, and rejected the significance of Farrakhan’s Jew hating.  “The world is so much bigger than Farrakhan and the Jewish question,” Davis explained to the Daily Caller, who rightly noted the Congressman’s striking use of the phrase, “the Jewish question.”  Davis added that worrying about Farrakhan’s anti-Semitism “ain’t my thing.” In a follow-up statement, Davis’s office condemned the Daily Caller, alleging that the “propaganda site” was trying to “divide and separate African Americans and Jewish Americans by portraying me as sympathetic to anti-Semitic views;” the Congressman added that he was opposed to bigotry and should not be held accountable for someone else’s words.  When the Chicago Tribune’s John Kass pointed out to the Congressman’s Communications Director that Davis’s statement did not mention Farrakhan by name, Kass was met with silence.  In a follow up statement nearly a week later — Davis’s latest attempt to get it right — the Congressman finally disavowed Farrakhan’s views and comments on Jews.  Nonetheless, Davis’s statement invoked the Farrakhan Litmus Test, suggesting that the criticism he faced after his initial statements were nothing more than his enemies “deceitfully and deceptively” holding him accountable for Farrakhan’s words to “defame” his record.

Tamika Mallory, a co-president of the Women’s March, has defended Farrakhan on social media and attended the speech in question.  In May of 2017, she posted a picture with him and referred to him as the “G.O.A.T.” — the greatest of all time; after this year’s speech, she defended her attendance and rejected accusations of anti-Semitism.  In a longer statement that followed, Mallory defended her presence at the event by saying she has been going for 30 years, and that it would be “impossible for me to agree with every statement or share every viewport of the many people who I have worked with.”  She added that she did not wish to be “held responsible for the words of others,” a sentiment echoed by Symone Sanders, who argued that it was unfair for “valid and poignant criticism of Farrakhan to be pushed on to Tamika Mallory.”  Carmen Perez, also of the Women’s March, called discussion of Farrakhan’s anti-Semitism a “distraction.”  Bob Bland, the activist fashion designer and a co-chair of the Women’s March, defended Mallory against what she argued were misogynistic calls for Mallory to be held to account for Farrakhan’s words.

In a vacuum — some alternate reality in which Davis and Mallory and Perez were previously unaffiliated with Farrakhan — their invocation of the Farrakhan Litmus Test would not be unreasonable.  Holding leaders of color accountable for Farrakhan’s anti-Semitism is nonsensical, and considering such calls to be manifestations of white supremacy is wholly reasonable. No individual should be held to account for the actions or comments of others just because of a demographic affinity.  Such calls are even more problematic when contextualized with the complicated nature of coalition-building and the prominent and sometimes important role the Nation of Islam has played in the lives of many people of color, as both The Root and The Atlantic have poignantly noted.

But Davis, Mallory, Sanders, Perez, Linda Sarsour, and other progressives who invoked the Farrakhan Litmus Test in their responses to the criticism they are currently facing have missed the mark.  They are not being asked to defend or denounce Farrakhan’s anti-Semitism, and they are not being held accountable for Farrakhan’s words. They are being asked to explain why they — as progressives who espouse an intersectional approach to fighting bigotry and oppression — chose to associate with, befriend, and praise an anti-Semite. It is wrong to hold them accountable for what Farrakhan says; it is not wrong to hold them accountable for clapping.

Danny Davis is not responsible for Louis Farrakhan’s anti-Semitism.  He is, however, responsible for his own decision to call Farrakhan a friend, to praise him, to work with him, and to dismiss Farrakhan’s anti-Semitism as unimportant.  Congressman Davis boycotted the State of the Union because he could not “in good conscience stand silently by” and watch “justice be undone from the highest office in the land.”  The Congressman has not only been willing to stand silently by Louis Farrakhan’s anti-Semitism for years, but he was even willing to speak up in Farrakhan’s defense. He should be called to account for not having the same “good conscience” over the last few weeks when his old friend was accusing Jews of wanting “Jesus to be boiled in hot excrement,” called “Satanic Jews” his “enemy,” alleged that Jews control the FBI, said that Jews are behind a conspiracy to feminize black men through manipulated marijuana strains, and that Jews are the “mother and father” of apartheid.  Davis should be held to account for his years of friendship, praise, and support for Farrakhan, and for somehow needing several statements before deciding to distance himself from Farrakhan’s anti-Semitism.

Tamika Mallory is also not responsible for Louis Farrakhan’s anti-Semitism.  She is, however, responsible for choosing — over and over again — to attend his Saviour’s Day speeches knowing full well the anti-Semitic vitriol he would spew; she is also responsible for calling him the greatest of all time. Mallory calls for allyship, and an intersectional approach to fighting oppression and bigotry, unless — apparently — that bigotry is directed at Jews. She should be called to account for her unabashed celebration of a bigot, and for what is, at best, her own tacit acceptance of anti-Semitism.

While it is inappropriate to ask leaders of color to denounce Farrakhan’s hate, it is wholly appropriate to ask those who choose to associate with Farrakhan to defend that choice.  And while Farrakhan’s defenders are right to point to the unfairness of the Farrakhan Litmus Test, such a response is inadequate and irrelevant in response to questions about their own support of Farrakhan; it rings especially hollow among advocates of an intersectional approach to social justice.  Even if they feel the Farrakhan Question is an unfair question to ask, it should not be a particularly difficult question to answer. Nonetheless, they are balking at the wrong question.  When Davis or Mallory or Perez or Sarsour are called out, they are not being asked to denounce Farrakhan’s anti-Semitism — they are being asked to defend their choice to stand by it.

About the Author
Michael Soffer is a veteran high school History teacher in the Chicago suburbs.
Comments