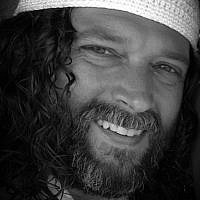 My first trip to Israel was for the fall festivals, Yom Teruah through Sukkot, October of 2011. I knew my mom had been to Israel several times and I was finally in a place in my life that I really wanted to see what had drawn her for so many years. We had always enjoyed archaeology together, especially when it came to the Bible. I was very excited when I received my ticket and passport, knowing that my tour guide through the Land would be my mom and the Bible.

Over the months leading up to my trip, I studied all I could on various people and places in the Scriptures to gain a better working knowledge of where I would be visiting. I wanted to know and see the true places of where the Bible unfolded. I wanted to participate in the festivals of Elohim (God), as He commanded in the Scriptures. I began to be joined together with my brothers and sisters in the Land, long before I arrived – it was very exciting.

After arriving in the Land in 2011, I instantly began to bond with the Land, and its people. It was quite overwhelming. I knew right away that being in Israel was something very big, something that I was missing much of my life. We went to Tiberias, Jerusalem, Ein Gedi, Qumran, The Golan Heights, Mt. Hermon, Old Akko, Rosh HaNikra, and many other places throughout the Land. I think I took over 3000 pictures.

It was on my first CFOIC tour through Samaria and Judea, that I knew I was to return to the Land. We visited Shiloh, Itamar, and various other places and settlements. While Listening to the Rabbi speak in Itamar, as he described how the settlement began, the massacre of the Fogel family and other facts – I grew quickly in love with the people. One of the tourist with us, asked the Rabbi why they didn’t just leave with all of the struggles they have undergone. I don’t remember the exact words he replied with, but basically he said, “why should we leave? This is our home.” I knew right then that the Jewish people survive because of this attitude – what other option is there but to survive. I was so proud to be there that day, and to shake the hand of the Rabbi who was also the temporary Mayor of Itamar.

We met a lady who lived near the borders of Ephraim and Menashe, who worked with her husband selling the honey from their bee farm from the trunk of their car. It was delightful to listen to her speak, and I quickly determined in my heart, that it was people like her and her husband that were the heart of the heartland of Israel. They only want peace. They only wanted to return to the Land promised to Abraham, Isaac and Jacob. They only want to live in peace with their neighbors and have the opportunity, like everyone else in this world, to live and raise their families in an environment of peace and joy. What a concept just to feel normal, right? The media had lied to me, and lied to the world. I fell in love with the truth, and I determined to return and spread that truth. October of 2011, changed my life.

I returned to Israel in 2012 with my new wife, full of excitement. I longed to show her all the places that had impacted me so much. It was then that my wife, my mom and I trekked up to Israel’s north, driving and enjoying the countryside. We took a ski lift up to the top of Mount Hermon, which was absolutely breathtaking.

In 2013, I returned to Israel where I surprised my mom. She was not expecting me to come that fall, so when she saw me, there were no words to speak. She was overwhelmed. Though I had come after the fall festivals (November timeframe), we enjoyed traveling twice into Jerusalem. My favorite place in all the world is the City of David (Zion). There I enjoy reading my Tehillim (Psalms) and resting in His (God’s) presence.

Recently, my wife, myself and my mom returned from another visit to the Land, where we celebrated the festivals and enjoyed being with the people. I have never thought twice about being in any kind of danger while traveling there. Even during the recent war with Hamas, I felt an incredible peace and joy that only Elohim (God) could provide. I knew deep inside of me, that we were to be there through the festivals this year. It is a longing inside of me that I cannot explain with mere words. It is standing at the HaKotel with my brothers and sisters, and joining with them in their cries, pleas, prayers and rejoicing that brings me such an overwhelming sense of belonging to something much greater than I.

It is through this deep feeling of unity, of family, that I stand with those who have endured hardships and trials more than any other people group on the face of the earth. It is when the sounds of the shofar are heard, and my brothers at the Wall turn and hug me and call me brother, that the solidity of my eternal stand increases with those whom Elohim chose out from all people to be His treasured possession.

Going to Israel during these times of unrest, is a joyful event in my life; not a fearful one. How can I sit in the comfort of my own home, and know that those in whom I have grown to love, the people of Israel, daily face extermination by those who hate her very existence? My life has been tremendously blessed since the day I stepped out in total support and love for the Land and her people. I have been blessed because I have blessed Israel with my tears and prayers. I say that with complete humility.

My encouragement to people is this: Know the Land, know the people! It is absolutely impossible to know something you have never set foot upon, touched with your hands, seen with your eyes, smelled with your nose or observed with the inner sight every human being possesses. Find out the REAL Israel, based upon the REAL people who live there, and not through some media reporters eyes.

Until the world experiences the REAL Israel for themselves, they will continue to be lied to, resulting in the continual mass execution of false accusations and judgments upon a Nation that has been through hell and beyond for the sake of being united as ONE people, re-established in their ancestral homeland, living the normal life of a human being.

It is for this reason, I go back; time and time again. If I can bring the Homeland of Israel back to my family and friends, then maybe they will have a longing to bring themselves to the Homeland. It is the unity of the people and the festivals that unite them that draw me to this Land. But most importantly, it is the Elohim (God) of Abraham, Isaac and Jacob, the One who never sleeps nor slumbers, but always watches over Israel, Who has brought me back to the right road, the righteous path – the path that leads Home to Zion!

About the Author
Derek Townsend was born in Long Beach, California and has had a passion all his life for travel, research, history, archaeology, justice and truth. He works as a book publisher, videographer, writer, graphics artist and web designer. Derek is married and currently resides in Costa Rica.
Related Topics
Related Posts
Comments