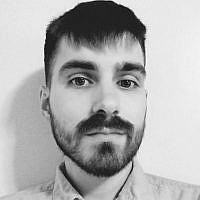 The Blogs
Yishai Shalom ben Avraham vSarah
Apply for a Blog
Advertisement
Please note that the posts on The Blogs are contributed by third parties. The opinions, facts and any media content in them are presented solely by the authors, and neither The Times of Israel nor its partners assume any responsibility for them. Please contact us in case of abuse. In case of abuse,
Report this post.

I don’t remember the last time I lived in a place with cable or satellite television. In the past few years, I’ve joined many millennials and haven’t watched TV proper in a long time. Not since I started graduate school a few years ago.

Most of what I watch comes from a few sources. Blu-Rays or DVDs that I buy (yes, I’m one of those people who actually does like to buy things); YouTube videos; and streaming services like Netflix or Hulu.

The aforementioned has a lot of sub-par choices of entertainment (like television in general), but there are a few gems. Among those that I consider as some of my favorites are Bojack Horseman, Narcos, and The Marvelous Mrs. Maisel. The latter being a show I enjoy so much, that I binged its second season in just two days.

Mrs. Maisel debuted in 2017 and has quickly become a quite popular show. Telling the story of Miriam (“Midge” to her friends) and her foray into the world of stand-up comedy. In betwixt her husband leaving her, the challenges she faces along the way, and the quirks of being a 1950s Jewish woman in New York’s Upper West Side. As you can probably guess, the show has brought on both praise and criticism.

Among the criticisms, notably from a piece by a writer at Alma, is the portrayal of Astrid: Miriam’s convert Sister in Law.

Astrid, as a character, is a well-meaning person whose heart is in the right place, but who is also desperate to prove her Jewishness to her husband and in-laws. From visiting Israel 11 times, to buying comically large mezuzot, to being the only person at a Jewish resort fasting for Tisha B’av. Sprinkle in some frequently enthusiastic Yiddish expressions, and you have the running joke of the silly convert who tries just a little too hard. But bless her heart she has a good spirit.

Now, why am I bringing this up?

On one hand, I see the idea of representation in media as something which emphasizes all stories and personalities. People like Astrid certainly do exist and – being a convert myself – I could relate to her. In fact, I often found myself laughing not at her, but with her, because I could relate to her so much.

I converted Conservative, but early on I had my own flipping out stage where I tried to “out frum” most people in the congregation. I grew out my beard to gross levels (it’s rather patchy and uneven after a certain length), I wore kippah 24/7 (although I do toy with the idea of doing this again), and every other sentence had some sprinkling of Yiddish thrown in. I also tried my best to observe every festival and fast – including Tisha B’av when many other members of the congregation weren’t even fasting at all. Eventually, I did settle down and am currently at a place where I am most comfortable religiously.

On some level, there is something humorous to this. Perhaps that is why I personally do connect to Astrid as a character. I understand the near-compulsive need to “prove” my Jewishness to those who were born Jewish. Even to those who are completely secular and non-observant. Often at a near satirical level of how a Jew is “supposed” to be.

That being said, there is a certain implication in Astrid’s portrayal on Maisel that speaks to the experience that many converts face. To her husband and in-laws, Astrid is an oddity. Someone who tries a little too hard in order to fit in. Perhaps honest in her convictions, but she needs to tone it down just a tad bit.

Unfortunately, what else can she do? Or many others like her for that matter?

There is a bit of common wisdom among Jews that converts are just as Jewish as those religiously born into the faith. That to imply otherwise is a major sin.

But in reality, to doubt converts is a thing that happens all the time.

First, there is the political nature of conversion that is embedded in Judaism.

The Orthodox world does not recognize my conversion. In fact, non-Orthodox conversions, in general, aren’t. This is despite me meeting the halakhic requirements for a male convert. Including the hatafat dam brit (ritual circumcision), immersion in the mikvah, and a beit din of 3 Jewish men. One of whom was my conversion rabbi. Since it wasn’t specifically done by a recognized Orthodox Beit din, it’s not considered valid by them. As I once heard someone say, people like me are not really Jewish, but a “slightly more observant Noachides.”

But never minding the Orthodox world not recognizing conversions like mine, there are issues in the Liberal Jewish world too. A convert’s convictions can be constantly questioned if they don’t do enough. While simultaneously seen as “trying too hard” if they actually do display a higher level of observance than many born-Jews do. Often a convert is seen with suspicion, or as someone who is merely role-playing what it means to be Jewish. After all, they didn’t have to deal with the hardships of being a Jew growing up, or be privy to the quirks and inside jokes of suburban Jewish life.

The Orthodox world isn’t exempt from this either, and in some cases converts are arguably treated worse.

Despite being hyperbolic and for the sake of a few jokes, Astrid’s portrayal in Masiel isn’t that far off from what many converts feel or how they experience the community they joined.

This isn’t to say that every single convert goes through this. I hope and argue not even the majority. I myself haven’t gone through any of what I’ve written, but it still remains fact that a number of converts do feel alienated and not loved by the very communities that claim they are just as Jewish as them.

As far as Astrid goes, underneath the jokes at the expense of a woman’s enthusiasm and trying her best is an unfortunate implicit reality. One which is indeed how many converts experience their new-found Jewishness. And how the greater Jewish world can – and unfortunately often does – feel about them as well.

About the Author
Yishai is a Jew by Choice from the United States with a keen interest in the future of Liberal Judaism, the intersection of Jewish and LGBTQ identity, and how media represents religion. He lives in Massachusetts.
Related Topics
Related Posts
Comments