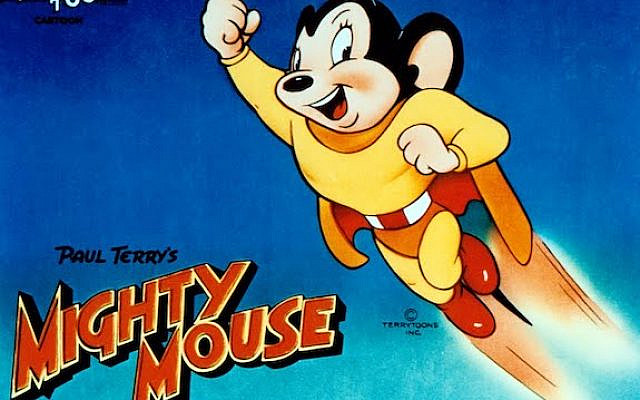 Growing up, I watched Betty Boop and Mighty Mouse cartoons every Saturday morning. Then I played with my Barbie dolls all afternoon. And for a break, I read and re-read my ever-growing stack of Superman comic books. Weekday afternoons, I watched Shari Lewis and her puppet creation Lamb Chop on TV.

What I didn’t realize then was that all these characters and shows shared a common denominator. All were the works of Jewish illustrators, writers, performers, and entrepreneurs.

Betty Boop was the invention of animator Max Fleischer born in Krakow, Poland in 1883. Produced by Fleischer Studios and released by Paramount Pictures, Betty was featured in 90 theatrical cartoons between 1930 and 1939. Since then, she’s lived on in comic strips, movies, and mass merchandising. Boop-Oop-a-Doop!

Even Betty’s best-known voice, Mae Questel, was the daughter of Orthodox Jews. Imagine what Mae’s parents thought of the sexy short-shirted flapper cartoon character she voiced. Boop-Oop-a-Doop and a double oy veh!

But it was Ruth who saw that her daughter and friends were playing, not with baby dolls but with paper dolls, pretending the toys were adults. Inspired by that observation, while vacationing abroad, Ruth saw a German doll — Bild Lilli. It wasn’t even a children’s toy, but an adult gag gift. Still, Ruth bought it, brought it home, and redesigned it. She also gave it a new name — Barbie after her daughter Barbara.

Barbie debuted at the New York toy fair in 1959. Since then, more than one billion of the 11.5-inch plastic dolls have sold worldwide. I owned three, plus a Ken doll and Barbie’s little sister, whose name I now forget.

And then there’s the Man of Steel.

Superman’s creators were Jerome Siegel, whose parents fled anti-Semitism in Lithuania, and his buddy and fellow landsman, Joe Shuster.

Through the years, many have noted that Superman’s origin — the escape from the dying planet of Krypton — mirrors the story of Moses cast down the Nile to become the savior of millions. And people see Superman’s mourning for those lost on Krypton as survivors’ guilt after the Holocaust.

My other Saturday TV cartoon show favorite – Mighty Mouse — sprang from the mind of Jewish American cartoonist-writer Isadore (Izzy) Klein, who dreamed up the flying, fighting rodent as a parody to Superman while working at a rival studio.

As for Phyllis Naomi Hurwitz, better known as Shari Lewis: she was beloved by my generation as the creator of the sock puppet Lamb Chop and his pals, Hush Puppy and Charlie Horse.

And now, looking back, I ask myself, why, in a universe of cartoons and a galaxy of toys, did this dissimilar batch of creations resonate with little girl me?

What drew me to two over-sexualized “dollies,” two over-muscular heroes — one mousey, one man — and a group of sweet sock puppets? Their only underlying similarity is, in fact, their Jewish creators.

As a child, I didn’t know of the Jewish affiliation of the artists or, even I had, I would not have cared. So, tribal boosterism won’t have been the source of the attraction.

It could be argued perhaps that Betty, the man, and the mouse are a bit similar, all fighting bad guys, although, of course, Babe Betty’s scrapes were portrayed in a comic nature. Yet, fighting for a schenere un besere velt has long been a goal of the Jewish people. So, was that the underlying attraction?

As for Barbie, her only “Jewish” trait is that she’s a super-shopper, but, of course, that trait is shared by many people — race, gender, and religion aside!

Mere coincidence is also a possibility, but somehow, I feel there’s more to it. So, I’m left wondering. Is there some underlying Jewish “essence” in these creations that drew me in? I think there must be, even though I can’t define it.

About the Author
Karen Galatz is the author of Muddling through Middle Age, which provides women (and men) of a certain age a light-hearted look at the perils and pleasures of growing older. An award-winning journalist, her national news credits include The MacNeil/Lehrer NewsHour and the Nightly Business Report. Her fiction and non-fiction writing has been published across the U.S. More of Karen's writing can be read here: muddling.me A native of New York City and Las Vegas, Karen now lives in Berkeley, CA with her husband, two children, and one neurotic dog named Olga, rescued from Florida’s Hurricane Erma. It all makes for a lot of geography and a lot of humor.
Related Topics
Related Posts
Comments 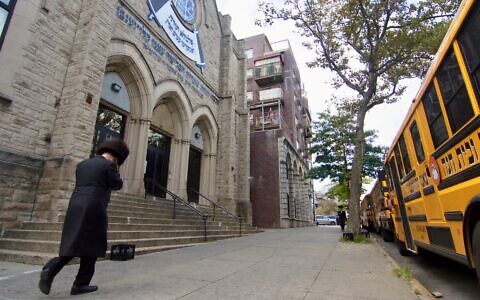