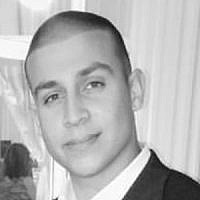 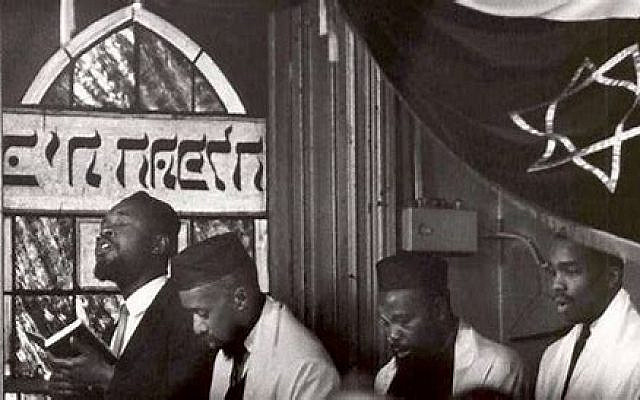 Photograph of the "Commandment Keepers"; one of many communities founded by African & Caribbean Americans at the end of the 19th and beginning of the 20th centuries. Source: Laurence Shustak

Last summer, a Jewish man landed for the first time in the ancestral homeland of his people, Israel. Since 1948, millions of Jews have realized the dream of their forefathers; returning to the indigenous homeland of the Jewish people, to live as free Hebrews on the soil where Jewishness and Judaism began.

But instead of kissing the ground to the applause of his brethren welcoming his return and beginning the challenging but fulfilling process of acclimation in Israeli society, his Jewishness was questioned and denied; his professional and social prospects as a professional basketball player in Israel, stripped.

His name is Jared Asiel Armstrong, and despite being raised in a community committed to Jewish education and Halacha, despite having undergone a conversion (Giyyur) recognized by the criteria of the Jewish Agency, despite belonging to the Synagogue of President Biden’s rabbi, what should have been a Aliyah success story has become a personal tragedy. A Jew returned home, only to be threatened with exile by his own people. 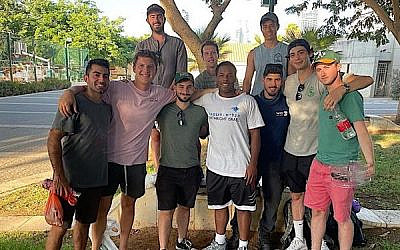 Jared’s experience may be shocking, but his is only one case that shines some much needed light on a larger issue. An anti-black bigotry, which is only one symptom of a greater challenge: a narrow and often Eurocentric understanding of Jewish history & identity.

The modern State of Israel was reborn in a Jewish anti-imperial struggle against the British. For many of the Jews who participated in this revolt, they were the continuation of the Judean struggle with the Greco-Roman world that began nearly 2,200 years ago with the Maccabees. With the rise of the Arab empire in the 7th century, the struggle for Jewish survival (and the antisemitic tropes that challenge it) spread throughout the Middle East & North Africa. As a result, the Judean Diasporic experience in Europe and, to a lesser extent, the lands of Islam have dominated the Jewish narrative that has since informed the working definitions of Jewishness & Judaism in Israel and the West.

Excluded from this popular history of Hebrew survival and creativity are those whose Diaspora has been primarily in what has been called by Western academics the “Global South.”

Israelite populations settled and sojourned throughout the continent of Africa and the subcontinent of India. Their descendants built communities, cities, and even polities based on Hebraic principles and spirituality. Like Israelites in other parts of the world, they also faced their fair share of challenges. Hebrews in these regions were murdered, forcibly converted, enslaved and kidnapped to distant lands along with their non-Israelite neighbors.

As a result of their near-invisibility in the popular narrative, their role in Jewish spaces has been diminished and repeatedly undermined. Since the first Bene Israel arrived in Israel from India in the 1950s to contemporary discrimination faced by Beta Israel and African American Jews like Jared Armstrong, these communities have been otherized on the basis of the alleged questionable origins of their “Jewishness.” A question mark that appears to conveniently increase in size with the amount of melanin in their skin and proximity to the “Global South.”

Herein, lies the crux of the problem that is often the impetus for discrimination against Jews of Color pursuing reunification with their brethren.

By centering the Jewish experience in Europe and the Islamic world to the detriment of other regions of the Diaspora, Jewish identity is cast a-priori as fitting into one of two potential categories: Ashkenazic or Sephardic/Mizrahi (a binary that is problematic in and of itself).

To maintain this paradigm, individuals & communities identified with the “Global South”, are assumed to have adopted or appropriated Jewishness. Traditions of Crypto-Judaism or descent from the 10 “lost” Tribes are treated with unreasonable and often overwrought skepticism. Converts from these communities are regarded with excess suspicion. While this jaundiced view and treatment in the 1950s or 70s may be forgivable or even understandable, when knowledge of re-emerging lost tribes was mostly in the realm of religious myth (a story oppressed Jewish masses in Europe and the Middle East often employed to inspire hope that the tribes they lost long ago would one day return and free them from exile) today it should be unacceptable. 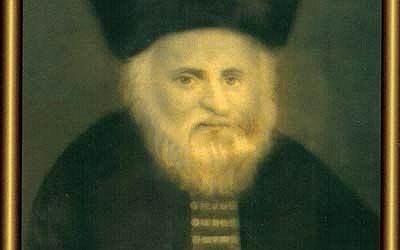 Rendition of the Gaon of Vilna- whose followers in the Land of Israel sent a letter with a courier in search of the Northern Tribes of Israel in Africa.

In 2022, 74 years into the reestablishment of the Hebrew polity, the Jewish people have now witnessed the historic return of the Beta Israel and Falashmura from Ethiopia. The Bene Israel and Bnei Menashe from India. The Bnei Moshe from Peru. All of whom, attribute at least part of their ancestral origins to the Northern Tribes of Israel sent into exile by the Assyrian empire 2,700 years ago and/or to Crypto-Jews who were forced to practice our ancient tribal faith in secret for generations. 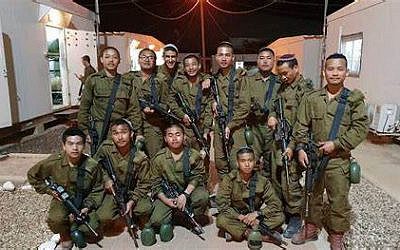 Whether born and raised Jewish, descendants of “lost” tribes, Crypto-Jews, or non-Jews inspired to join the nation of Israel, thousands of people have made incredible sacrifices to live Jewishly, and/or make their return formal via our traditional and ancient ways. Only long after the fact, have many discovered that despite their belonging to a Jewish community, they aren’t considered “Jewish enough” by the Ministry of Interior. This manifests in thousands of Falashmura & Bnei Menashe waiting to make Aliyah for decades in dilapidated conditions, while thousands of people from the former USSR – who don’t even claim to be halachically Jewish – make Aliyah annually. This manifests in an almost complete indifference to the existence & plight of Igbo Hebrews in Nigeria. This manifests in the mislabeling of Jared Asiel Armstrong as an “insincere” convert whose mother belonged to a community without a legitimate relationship to Judaism.

But Jared’s mother belonged to the Bethel Synagogue in Philadelphia; one of hundreds of postbellum communities founded by African & Caribbean Americans on the basis of descent from the ancient Hebrews. This phenomenon, commonly known as Black Hebrew Israelism, has typically been understood (and often misunderstood) as the combined product of general identification with the Hebrews of the biblical narrative during slavery and the inverse influence of Pentacostal Anglo-Israelism theology that professed the belief that Northern Europeans are the “true” Israelites and that the Jewish people are cursed for rejecting Christ.

While this may be true regarding some of the individuals and communities that were established during this time period, others, like the founder of Bethel, were inspired by the fact that, despite generations of practicing a slave-master enforced Christianity, they came from families that preserved explicitly Jewish practices. Due to lack of access to Jewish institutions stemming from legally and socially enforced segregation, Bethel (and similar communities) developed as a uniquely Black Jewish space that completely embraced the structure of normative Judaism and the diversity of the Jewish people. 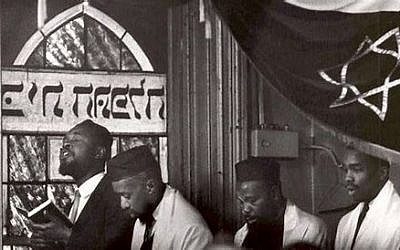 Photograph of the “Commandment Keepers”; one of many communities founded by African & Caribbean Americans at the end of the 19th and beginning of the 20th centuries. Source: Laurence Shustak

Armstrong is a descendant of the founder of that community. A community responsible for cultivating an environment for the pious observance of Jewish law, Hebrew literacy, and a love for the Land of Israel & the Jewish people. A community that explicitly does not identify with the Hebrew Israelite movement because of it’s association with non-Jewish communities. Armstrong’s family later joined another synagogue, one that happened to be led by Rabbi Michael Beals; a bulwark in the Conservative movement famously known as President Biden’s rabbi. Armstrong only discovered that his family’s Jewishness was in question when he researched his prospects for making a living in Israel. To settle all doubts, Rabbi Beal wrote a letter confirming that he and his congregation fully accept the Jewishness of Armstrong and his mother. To Rabbi Beal’s shock and Armstrong’s misfortune, this letter is being used by the Ministry of Interior to dismiss Armstrong’s later by-the-book conversion process as “insincere.” As far as the Ministry is concerned, since Armstrong saw himself as a Jew before the process, therefore his conversion is null and void. A convenient and incredibly ironic loophole underpinned by a narrow understanding of Jewish history & identity.

It’s time for us to recognize that the history and development of the Jewish people isn’t limited to Western historiography. The Israeli Ministry of Interior needs a paradigm shift in how it relates to the Diaspora in the “Global South.” Until it does, sincere Jews like Jared Armstrong will continue to be barred from entry.