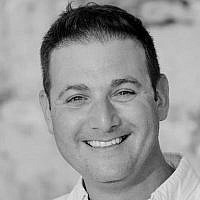 The Blogs
Michael Dickson
Executive Director, StandWithUs - Israel
Apply for a Blog
Advertisement
Please note that the posts on The Blogs are contributed by third parties. The opinions, facts and any media content in them are presented solely by the authors, and neither The Times of Israel nor its partners assume any responsibility for them. Please contact us in case of abuse. In case of abuse,
Report this post.

Sorry, Ms. Lauryn Hill but your statement doesn’t cut it. People are interpreting your cancellation as you boycotting the world’s only Jewish country.

Dear Friends and Fans in Israel,When deciding to play the region, my intention was to perform in both Tel Aviv and…

Is that true? In which case — you need to own it.

Did you get bullied by the vicious rhetoric of the anti-Israel mob on social media? Say so.

Are we to understand that you will only play to one country or set of people if you can also simultaneously play to anyone they are in conflict with? Good luck finding a venue like that in this world!

In the end, your cancellation is being seen by those who are both racist and anti-peace as a victory. It’s being seen as a victory for those who would suppress your performance and see that in some way as good. Your cancelation demonizes one set of people and demoralizes those who really, truly want peace in the region. And whatever the case, don’t judge – see things for yourself.

Justin Timberlake, Alicia Keys, Madonna, India Arie, Lady Gaga, who all played in Israel recently, understood this. And each of those artists, and many others, performed in front of the free-est, most diverse audience you are likely to find in the Middle East.

Now witness the celebration online by extremists at your decision: Those who celebrate the cancelation of concerts are the same types that would celebrate the burning of books. Everything is everything. It sounds like you got bombarded by lies, you believed them and caved.

You haven’t been miseducated, Lauryn Hill – you’ve been misled.

About the Author
Michael Dickson is Executive Director of StandWithUs - Israel and the author of ISResilience: What Israelis Can Teach the World. Michael is a Senior Fellow at the Center for International Communication of Bar Ilan University and he was named as the 14th most influential Jew on Twitter by JTA. He is a recipient of the Bonei Zion prize, recognizing the achievements of outstanding Anglo immigrants and their contribution to the State of Israel. Views expressed are personal. Follow on Twitter: http://twitter.com/michaeldickson
Comments