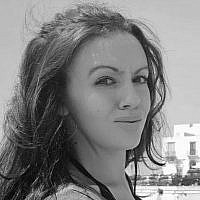 Europe has never been more accessible from Tel Aviv. With winter fast approaching, and Hanukkah, and the festive holidays on the horizon, you may feel that your opportunity to take a trip to Europe this year has gone. That could not be more wrong. European travel does not have to be isolated to the summer months.

Winter is the perfect time to take a weekend break to many European travel destinations. Countries like Greece and Italy can be reached with just a few hours’ flight time. Airfares in the “off” season are often as low as just 78 shekels and many budget airlines now offer direct flights from Tel Aviv to various European capitals.

Not to mention, traveling out of season means fewer crowds in the back of your photos! All things considered, winter is one of the best times to take a break in Europe.

Paris has a reputation for not boasting the most pleasant winters in the world. Sure, there may be rain and chilly temperatures, however, winter in Paris can certainly be every bit as magical as a Parisian summer.

During this time of year, the streets of Paris are illuminated with sparkling lights. Alsatian-style wooden lodges pop up around the city and play host to fabulous French Christmas markets where you can sip warm mulled wine and taste traditional pastries.

Sip a Chocolat Chaud as you people watch the well-heeled crowd at the Champs Elysees, before enjoying a little respite from the cold in the Louvre, and the Musee d’Orsay.

If you are in Paris over the New Year, you will have the chance to bear witness to the magnificent firework display that erupts behind the iconic Eiffel Tower, and the festive parades that dance down the Champs Elysees. If you are traveling with children, consider taking a day trip to Disneyland Paris for some extra special Disney Christmas fun.

When most people think about Greece, they imagine themselves lazing on the beaches of beautiful islands, and basking underneath the Mediterranean sun. That is a real shame, as there are many winter travel destinations in Greece that are enjoyable all year round.

Athens in winter is particularly magical. The crumbling ruins of the Greek capital can be enjoyed all year round. From November onwards, festive seasonal events take place around Athens. As an example, several outdoor ice rinks are erected, giving tourists the opportunity to ice skate while overlooking the Acropolis and all of its magnificent glory.

In the winter months, many Athenian museums are free to enter, and a lot of the tourist sites offer discounted entry. Add to this the fact that many places to stay in Athens offer significantly reduced prices during this time even in popular places like Plaka, and you understand why winter is one of the best times to visit Greece.

For something completely unique that has you feeling like an extra in “Frozen”, consider venturing out to Kakslauttanen, and staying in a glass igloo house in Finland. If you have always dreamt of witnessing the Northern Lights, there really isn’t a more magical place to have that experience than here.

Kakslauttanen is comprised of a scattering of transparent Glass igloo houses that provide the perfect opportunity to marvel at the stars and if you’re lucky, the Northern Lights. Despite the Arctic temperatures, this is a place to enjoy immersing yourself in the great outdoors. Northern Lights aside, the winter activities on offer here are plentiful – from ski slopes to husky rides, and saunas.

London is transformed into something of a wonderland over the winter period. The British capital is comprised of unique neighborhoods, each with their own distinct personality and charm.

Don your warmest outerwear and stroll through the markets of Notting Hill, admiring the areas picturesque pastel-colored houses, before heading to the neighborhoods of Camden and Shoreditch on an artsy treasure hunt for street graffiti.

For an experience that is so quintessentially British, make a reservation for an afternoon tea. The Mad Hatter’s tea room and Sketch are among the trendiest places to venture to, while luxury hotels offer festive afternoon tea menus that are fit for Queen Liz herself.

London’s West End is globally renowned for its theatres and their excellent performances. During the winter, this becomes something extra special with performances like The Nutcracker, and the Snowman being hosted across town. Stop by Hyde park by night as it is transformed into one of the biggest Christmas fairs in the world. In short, you will not run out of things to do during winter in London!

Berlin is a city that is rich in history and culture. For those wishing to experience the infamous German Christmas markets, venturing to Germany, the source of this phenomenon is a great choice. In Berlin, that are more than 80 festive markets that are set up every year, and offer something for every individual.

Those who want to experience Berlin’s wild nightlife scene will enjoy tasting all of the various German beers which are available at the market. Travelers with an interest in culture and local cuisine will enjoy shopping for handicrafts, and local festive treats like the Beloved German stollen cake.

Amsterdam in winter looks like a scene straight out of a fairytale picture book. Snow is not unheard of at this time of year, and the pairing of the frozen canals, along with the snow-covered river houses makes for something magical. It doesn’t usually get super cold but if you are lucky, the canals of the city may become so frozen that people take to them with their skates and sleds!

Amsterdam goes one step further than the rest of Europe when it comes to its festive lights. The charming Dutch city hosts an annual “Amsterdam Light Festival” which is best experienced while layered up and participating in an Amsterdam boat tour.

The colder months of the year are also a perfect time to indulge in the best of Dutch cuisine. Order up a hearty stamppot – Dutch mashed potatoes, or warm yourself up with a steaming bowl of snert (ham and pea soup). Of course, you shouldn’t forget the dessert and the infamous Dutch stroopwafels. You can find these sticky sweet syrupy delicacies sold by vendors on practically every street corner.

The Belgian capital is often overlooked when many people plan their trips to Europe. Often viewed as simply being a political and business hub, Brussels is occasionally forgotten. This is a shame since Brussels offers plenty of interesting things to see and do.

Brussels in winter is even more charming. Navigate through the city’s cobbled streets and narrow passageways, enjoying hot chocolate and marshmallows at the various quaint coffee shops that you find along the way.

The Brussels Winter Wonders market features adorable chalet stores, outdoor ice rinks, and a huge Ferris wheel which offers spectacular views over the city. When the sun sets and the evening draws in, head to the Grand Place to marvel at the sound and light show that is projected over the city’s most magnificent piece of 15th-century architecture.