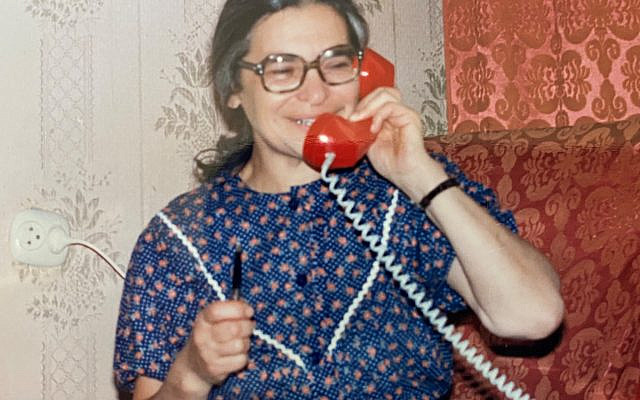 Ida Nudel, Mother of the Refusenicks, shortly after receiving permission to leave the USSR, October 2, 1987. (Courtesy)

On October 1, 1987, I landed in Moscow with my friend, Michael, for a 2.5-week trip throughout the Soviet Union.  This was not meant to be sight-seeing, but my second trip to help and encourage Jews of the USSR during a period of rampant persecution and discrimination.   Unlike my first trip two years earlier, our trip was much less scripted because I was not alone, but we still needed to be careful from the KGB.

I graduated college months earlier and was waiting for a security clearance so I could start my job.  I didn’t think about how visiting the USSR would delay that.  That’s another story.  For anyone who knew me, throughout college and for years before, my fight to free Soviet Jews was one of the defining things in my life.

After arrival and checking into our hotel, we wasted no time, contacting the Luries, whose daughter Anna and son in law David remain close friends today.  In visiting with them, considered “safe” as veteran “refuseniks,” and not among those intimidated by the Soviets to turn in others, or guests from overseas, we learned that Ida Nudel had been released from exile and was in Moscow.  Not having children of her own, and because of the intensity and dedication of her activism, she was known as the Mother of the Refuseniks.

The next day was Yom Kippur eve.  We contacted the woman with whom Ida Nudel was staying and arranged to visit.  Little did we know that we would have the privilege of experiencing history.  Just before we arrived, Ida had been granted permission to immigrate after years of struggle, persecution, and physical and psychological abuse.  She was a hero and it was a privilege just to be in her presence.

Most of our visit entailed taking pictures and using my cassette tape recorder, capturing her phone conversations with well-wishers from all over the world.  Pre-internet, how fast word got out and calls started arriving, is a testimony to the significance of the event.  My pictures showed her effusive joy, a mix of beaming smiles and uncontrollable tears.  Making a phone call to the USSR from overseas, much less at the last minute, was not easy.  International calls had to be reserved in advance ostensibly because of a limited amount of phone lines, but more so because the KGB was known to monitor these calls, looking for ways to identify and prevent (if not punish) anti-Soviet activities.

Capping off all the calls from overseas, Ida absolutely lost it when the call came in from her sister in Israel.  Israel and the USSR did not have diplomatic relations, and contact was even more severely limited, especially among family members in Israel who had been given permission to leave previously, if only as a way to punish those left behind. 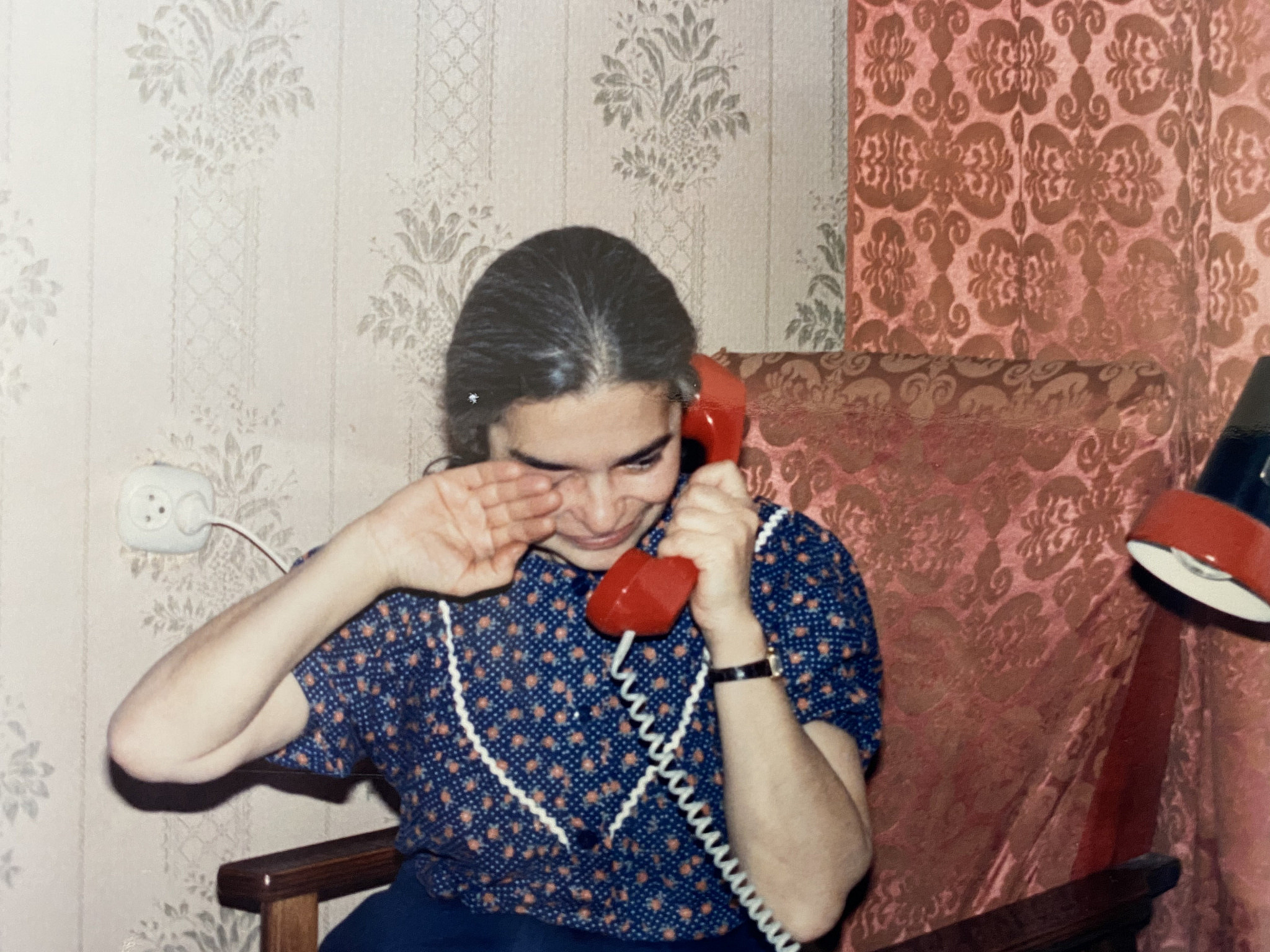 Ida Nudel wiping away tears as she tells her sister that she received permission to emigrate. (courtesy)

I didn’t understand the Russian, but I felt the intensity and emotion of the conversation.  Through choking back tears, Ida told her sister the incredible news.  She would leave the USSR and arrive in Israel to be reunited, fulfilling her dreams, while we were still in the USSR with these monumental photos we couldn’t share.

It was fitting that this all took place on the eve of Yom Kippur, the answer to years of prayer and determination.  Then, she declared in her forceful maternal voice that it was time to go to the synagogue for Yom Kippur.  Before departing, she announced victoriously, as if summing up her day and years of activism, “We won them.” We shared a taxi and were taken to the synagogue.  That would be the last time I saw her until several years later when I gave her a copy of the pictures and audio of that historic and monumental visit.

The next day, we arrived back at the synagogue. By limiting the number of synagogues, the Soviets were able to control/limit religious activity, and also spy on Jews who would show up.  Michael and arrived with our own prayer books, something that made us stand out as foreigners.  For most in attendance, Yom Kippur was less about prayers and repentance, and more about one of the few days in the year that Jews would show up en mass, connecting and reaffirming their identity as a people just by being in one another’s presence.  Despite standing out, we were able to find seats ourselves and not be seated by one of the “ushers” who were designated to keep foreigners away from Soviet Jews.

Our experience with Ida Nudel was remarkable enough.  But what happened at the end of the Yom Kippur service was no less so.  We were sitting behind two couples who took out food and drinks to break their fast as services ended.  We had not had any particular contact with them until that point, but seeing a bottle of caramel colored liquid, I assumed it was whiskey and said, “L’chaim.” 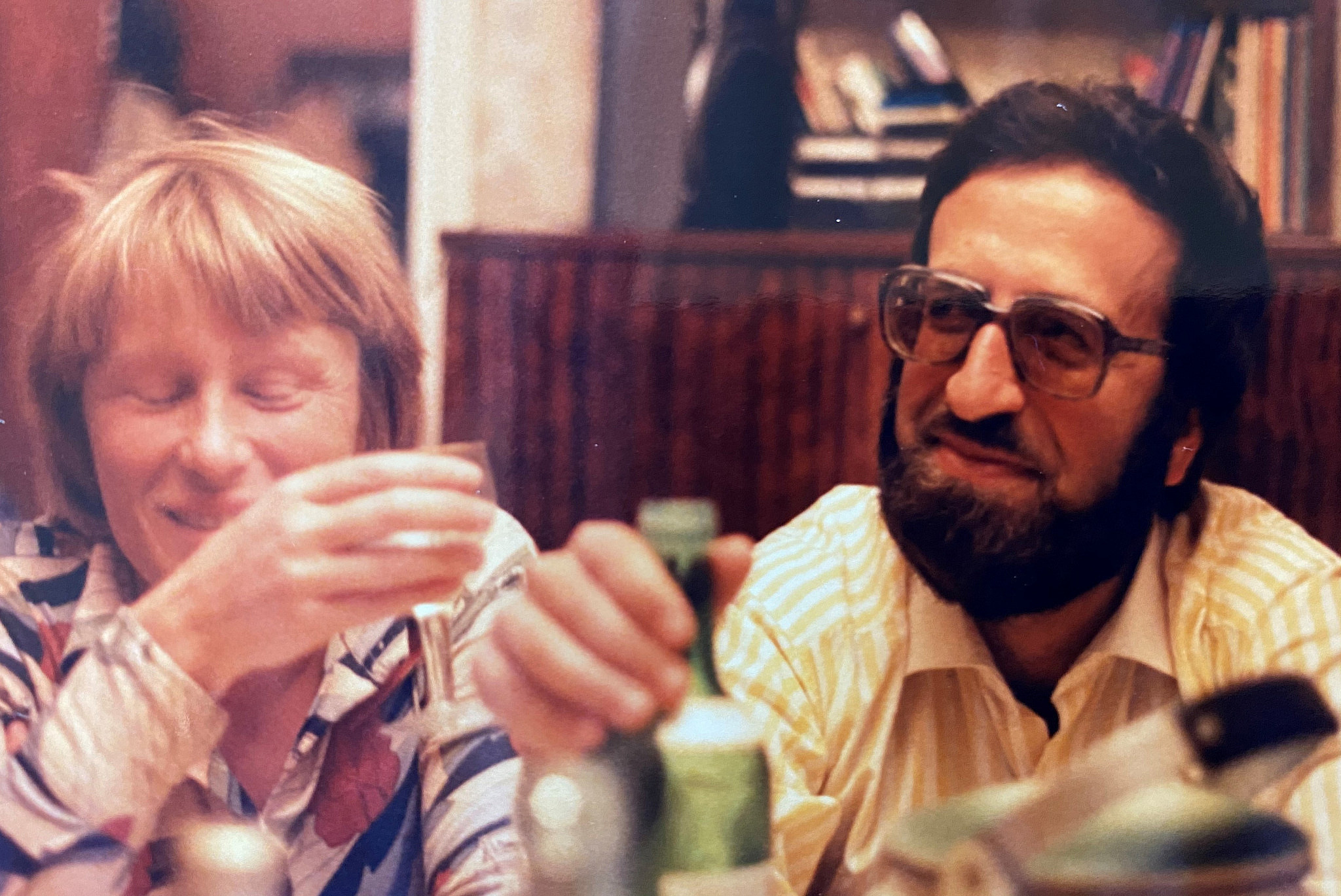 They responded offering us some of what turned out to be apple juice. We began talking.  They invited us to their home for a more substantial break-fast.  In the back of my head, I was nervous because there was no telling if they were KGB informers or not.  But we went anyway.  It turned out that Sergei was a Hebrew teacher in Moscow, something that could have put him in jail for any of a number of concocted Soviet crimes.

The pictures we took together expressed the true delight of our visit, something I experienced many times that trip.  In public, Soviet Jews were cautious so as not to be noticed by KGB informers.  Once inside, they opened up tremendously, carving out their own islands of freedom within a vast oppressive society. 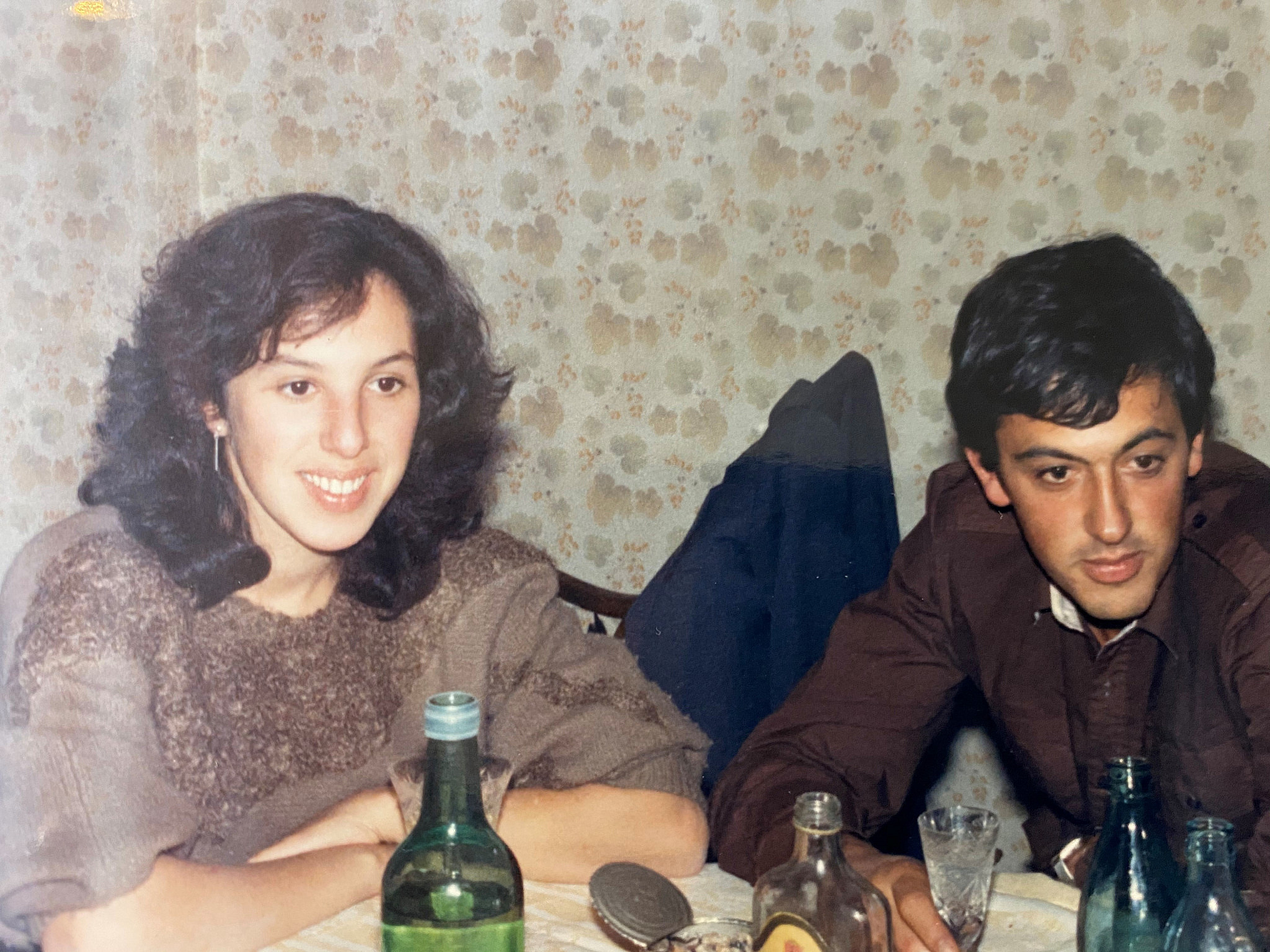 Carving out an island of freedom, expressing joy, amid a sea of tyranny and evil that repressed Jews and Judaism. (courtesy)

We brought them hope.  A few years later, most Jews who wanted to leave were able to do so.  I don’t know what became of Sergei, his wife and the others but as a Hebrew teacher, they probably came to Israel.  Somewhere, this year they also experienced the most unusual Yom Kippur since then, in isolation here in Israel.  Alone but nevertheless together.