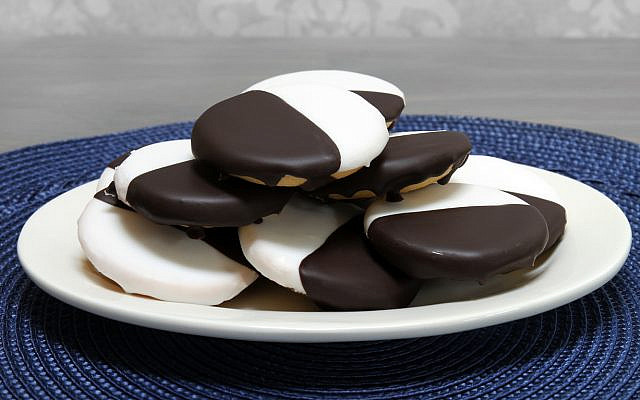 “A heart is different.”

We start a new chapter today in the Talmud that is focused on roasting of the Paschal lamb which promises to be just as challenging as the past one. We begin with the act of preparing for the roasting itself. The first principle we learn is that the lamb must be roasted by a fire and never cooked. And any water that might come into contact with the lamb which could result in cooking must be avoided. This all goes back to a passage in Exodus which set the ground rules: “They shall eat the flesh that night, roasted on the fire; with unleavened bread and bitter herbs they shall eat it. Do not eat any of it raw or boiled in water, but roasted, its head with its legs and its inner parts.”

We are presented with a very precise recipe on how to prepare the lamb.  First and foremost, the lamb must be roasted in a fire that is dry and fierce and devoid of any contact with water. A spit constructed of pomegranate wood is preferred over other kinds because it does not emit water. Palm wood gives off a small amount of water in the grooves between its leaves, which could contribute to cooking. Fig wood is hollow and filled with sap which could also result in cooking of the lamb. Wood from the oak, carob or sycamore tree has knots that must be sliced away and can emit water at the location of the cuts during roasting.

Metal spits were prohibited because according to the Fanny Farmer cookbook of the time, “if part of it is hot, all of it is hot.”  We are told that the animal must be roasted by the pure flames of fire and nothing else. A metal spit could cause the lamb to be cooked through the conduction of heat rather than the open flames. Wood does not conduct heat and as result, it is more a certainty that the lamb is cooked through and through by the flames. There is a dissenting opinion on the use of a metal spit. Can you imagine if the pages of the Fanny Farmer cookbook included debates on whether to add salt or not? My childhood family would still be waiting on their dinner.

The next step in preparing the lamb according to one Rabbi is to fold its legs and entrails inside its body. Rabbi Yishmael provides us with a bit of alliteration when he says in a wonderful passage that the sound of the roasting lamb is “tokh, tokh.”  Rabbi Tarfon advocates another approach that involves leaving the entrails outside the lamb and calls this a “helmeted kid.” He cites an image my vegetarian heart would rather not envision regarding the suspension of the animal’s entrails above its head when roasted on a spit, which resembles a helmet.

Although the Paschal lamb could only be roasted and sacrificed and consumed when the temple stood in Jerusalem, there is a Fannie Farmer recipe for eating something that resembles it in modern times. If the animal is altered in some way, and a limb severed or boiled, it can be consumed in an approximation of the original ceremony.

Today’s Daf Yomi reminded me of my paternal grandmother who held many family secrets within her always too hot kitchen with something steaming on the stove. The family loved her black and white cookies. They were moist on the inside and topped with silky black and white icing. She never used a recipe and her borscht, brisket, noodle kugel, and those black and white cookies were all made from memory.

When she was getting older and my father was fearful that one day the food that he grew up with would be lost forever, I was tasked with spending a weekend with my grandmother in order to record her recipes. I arrived at her modest New Jersey home with a notebook determined to get the job done. I was probably eleven years old at the time and a huge Nancy Drew fan. It was a job that I was determined to complete with great purpose.

I was unable to get much written down as my grandmother scurried among the pots and pans in her kitchen and explained that she used a dash of this and a dash of that. And it wasn’t always the same dash, which was dependent on how she felt at the time. Sometimes, she would use salt, sometimes she didn’t. And the mystery of how to create the perfect black and white cookie was never properly documented.

I have tried black and white cookies over the years from New York City delis and they are either too doughy, or too hard, or too sweet, but never how I remembered them from my grandmother’s kitchen. It is as though they are all missing the one key ingredient that can never be replicated – the love radiating from a grandmother’s heart who lived a hard life but shared what she had through food.