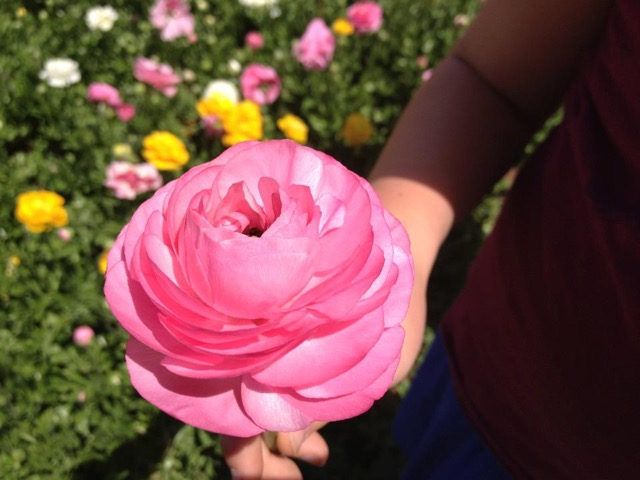 Bless the state of Israel, nascent flowering of our redemption.

This quote, representing the most powerful and controversial component of the prayer for the state of Israel, was coined by then chief Rabbi Herzog in 1948. It has become the mantra of the religious Zionist movement and the nemesis of the Haredi world due to its religious connotations.

In a word, if you accept the veracity of this statement you believe that the creation of the (secular) state of Israel represents a stage in the return to Zion, redemption or messianic age (depending on your preference for terminology). Rejecting this statement on religious grounds places you in a camp unwilling or unable to confer upon the events of the past 64 years any particularly religious title due to their secular origins as well as contemporary secular establishment.

And so, three small words can present a divide so seemingly insurmountable as to cause a chasm within the Orthodox Jewish community.

The words chosen by Rabbi Herzog are quite unique—’reishit, tzmichat, geulateinu’. Reishit means the beginnings, first stages; the second word seems to be a repetition of the first—tzmch. The first reference to the word tzmch—צמח in the Torah is to the creation of plants and vegetation: Bereishit 2:5, 9–

The word reappears with the description of Pharaohs dream of the miraculous bundles of wheat, as well as in describing the destruction of the plague of barad (hail)—all focusing on this idea of generation, creation, emergence.

Thus, the phrase seems to declare that we are in an era of “first of the emerging”, the initial, initial stages of the vegetative development—of redemption! Well, what is the first of the first? How should we understand the earliest stages of development? The answer might stem from understanding the source of the word tzmch, emergence, or perhaps, flowering.

How does a plant grow? There are four stages it undergoes from seed to plant to earth: vegetative, reproductive, senescence (old age) and dormancy. The first stage is the topic for discussion here: vegetation.

It starts with a seed. The seed, like a fertilized egg in human beings, has an inner and outer shell. In the initial stages of development the seedling is sustained by the inner food store inside the seed, similar to a mother’s womb. In this state it is able to create the root stem which will nourish the plant and enable it to grow. When the gestational period succeeds and the seed is ready to move to the next level—to manifest, it penetrates the protective coating of the shell in two directions. The root stem grows downwards towards the moist earth, while the shoot rises towards the sunlight, the ‘outside’ and the future.

This process continues with the root continuing to be nourished from the earth, while the shoot sprouts forth into leaves and surges towards the sun, expanding and emerging. When the seedling has matured, when roots and leaves develop simultaneously, when the vegetative, first stage is complete, a flower emerges!

(God’s) Nature begins with a seed. The seed can refer to a physiological phenomenon—plants, animals, humans, or it can refer to an idea, a philosophy, a movement! The world begins with bereishit, a seed, a first. Monotheism was reintroduced with Abraham’s upward glancing towards the heavens, the kernel of a future movement to which billions would adhere. Redemption began with a seed, or in the perception of the Midrash, a conversation between a daughter and her parents, to not give up despite the desperate times, to try once more, perhaps something will emerge, that flower from the thorns.

Medinat Yisrael began with a seed. A seed in Vienna. A seed in the mind of an unflappable, relentless, secular Austrian, who envisioned a future and did not stop until his dying day in pursuit of that initial, initial germination.

That seed developed an outer and inner shell, a secular, nationalist, cultural vision, nourished ultimately by the traditional, spiritual, pintele yid feeling. That seed penetrated the idea stage into action, pursuing external governments and monarchies as well as awakening internal Diaspora Jewry to the dream and to the responsibility of turning it into a reality.

That seed developed, germinated, found nourishment and gestated, until on November 29th, 1947, nations of the world recognized the Herculean triumph of a nation returning to their land, of a people connecting to their heritage, of a family joining together again from the four corners of the earth. That seed joined forces with another man of vision and action, which helped it burst forth on May 14th, 1948, and became a reality for the entire world.

Immediately, two forces began moving in opposite directions: a root began to entrench throughout the Diaspora, a base for financial, political, emotional support as well as a shoot which surged forwards into the land, to those heroic figures who tilled the land, transformed the wasteland, and fought valiantly in defense of the land, and the nation so that it could finally produce branches and leaves–shade, serenity, peace and prosperity—a flower!

Sixty-nine years have passed, and as we look around our remarkable little land we have to ask ourselves: What have we done? Our world leading scientists and hi-techers, start up nation and military superpower; our unparalleled centers of Torah and our refuge for any Jew in distress; our passion and kindness, chessed and morality; what have we done?

The answer, I think, is that we have begun! The initial, initial germination, the nascent steps towards emergence, the symbiotic relationship between Jews in the Promised Land and Jews in the Diaspora, the striving towards the delicate balance between rational, open-minded, moral, democratic thinking and the adherence to the mystery, the humility, the traditions and heritage of our Torah as our guide and our light.

We have begun the process so succinctly and eloquently described by Rabbi Herzog 69 years ago. We are on our way towards the flower!

May it be His will and ours that we live to usher in the stage where our seed will have matured into a righteous shoot which will be a harbinger for the flowering of our redemption.