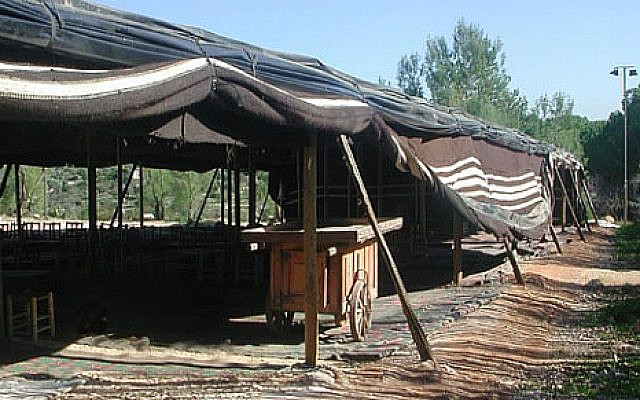 In his first address to the United Nations, Israeli Prime Minister Naftali Bennett compared today’s political polarization to the Corona pandemic saying, “Both coronavirus and polarization can erode public trust in our institutions, both can paralyze nations. If left unchecked, their effects on society can be devastating. In a polarized world, where algorithms fuel our anger, people on the right and on the left operate in two separate realities, each in their own social media bubble, they hear only the voices that confirm what they already believe in. People end up hating each other. Societies get torn apart. Countries broken from within, go nowhere.”

Zionism hasn’t been immune to the growing partisan rancor that has infected today’s politics. Discussions and debates among fellow Zionists that were once respectful and polite expressions of differing opinions have become bitter and resentful. Friendships have ended, and families have broken up over differing political opinions.

While religious Zionists consider Avraham the first Zionist, and the charge of “Go to your land,” the first Zionist charge, Zionism is a political movement. As a modern movement, Zionism began in the late 1800’s when Theodore Herzl began inspiring Jews to return to Israel to create the first Zionist state in 2,000 years.

The modern Zionist movement advocated for self-determination of the Jewish people. It promoted the notion that Jews should choose their destiny and not put their future in the hands of Gentiles who often persecuted their Jews. Zionism wasn’t satisfied with Jews determining their future in exile, it endorsed Jews returning to their historic homeland, Eretz Yisrael. Zionism also charged Jews to fulfill the prophetic promise of returning and gathering in the land of their forefathers. Instead of waiting for a Messiah’s eagle wings to bring them home, Zionism demanded Jews take their future into their own hands and return to govern their land.

There are different camps in the world of Zionism, it is not a monolithic movement. There are Labor Zionists, Revisionist Zionists, peace Zionists, religious Zionists, secular Zionists, greater Israel Zionists, etc. Zionism was never given an official definition with boundaries that prevent variations from arising – an argument can be made that Zionism was purposefully designed to allow for variations.

Unfortunately, a phenomenon has developed where people dismiss others from the Zionist camp due to their political views on Zionism. Zionists with differing opinions can disagree and argue, but they should never “cancel” each other. I live in Judea and Samaria, but I still appreciate Zionists who maintain my neighbors and I must move to make room for a Palestinian State. There are religious and secular Zionists who see each other as opponents, and think their opponent is ruining the State of Israel – but they can still recognize that both are still Zionists. The Zionist camp is diverse, and each side must welcome the other.

Jews rarely agree – in fact the entire Talmud is based on disagreements between Jewish scholars, and disagreements about other scholars’ disagreements. To be a good Jew is to be involved in never ending disagreements. The excitement of Talmud study is the examination of opposing opinions. Each opinion is scrutinized and appreciated – even if not followed. Zionism is a prism of many different opinions. Opinions considered anti-Israel by American Zionists are given voice by Zionist legislators in the Knesset every day.

Although every Zionist imagines the tent of Zionism is small and only includes people that agree with their brand of Zionism, the truth is Zionism is a big tent that includes many people. Zionism is too small of a club to be exclusionary. Every Zionist thinks their opponents’ positions puts Israel in danger, but a plethora of opinions – strong opinions – is healthy. 73 years after the realization of the Zionist dream of creating a free and Jewish state, we’ve demonstrated that all the positions we thought were dangerous and existential threats to Israel, weren’t really that dangerous. Israel is thriving and the healthy debate about the best steps forward didn’t take away from Israel, but rather added to its success.

Some may argue that enlarging the Zionist tent weakens Zionism’s potency, but the opposite is true. The larger we expand Zionism’s tent the stronger it becomes. Whether it’s in the IDF or the hi-tech boardrooms of Herziliya, Israel has always flourished with differing opinions. It’s important we keep the Zionist tent as wide open as possible.