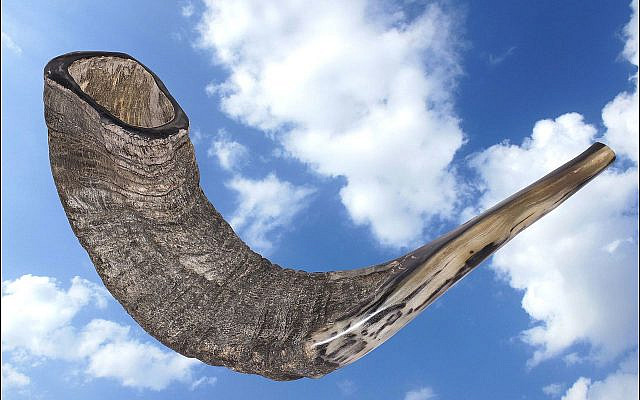 God, instill your awe in all that You have made, a fear of You in all You have created, so that all who You have fashioned will revere You, and all You have created will bow in recognition, and all will be bound together, carrying out Your will wholeheartedly. (from a special prayer for Rosh Hashanah and Yom Kippur in traditional prayerbooks)

During the last several months of the corona virus crisis in Israel, each sector of the society and the economy has been fighting for its “rights”, perceived existential needs, and all too often their privileges, depending on who they know in the government. The gym lobby won their battle and got the gyms to re-open. The ultra-Orthodox keep winning their struggles to have their yeshivas open and now their synagogues INDOORS for the upcoming holidays (so that their worshippers can get infected and infect others!?!). The private sector people say they can work even during the upcoming “lock-down” since very few people get the virus at work. And on and on it goes.

It seems that there is almost no concern among all the “tribes” in Israel for THE COMMON GOOD. Too many people in too many parts of society have been taking personal and communal health risks, while ignoring the impact of their irresponsible actions on the health of the general public. Unfortunately, we hear about this on the news every day, whether in the form of massive weddings in the ultra-orthodox Jewish communities and in the Arab communities, or at parties of young people and celebs.

Can this trend of ignoring the common good be reversed? Is it possible for the citizens of Israel, especially during these upcoming days of “High Holidays”, to engage in some serious hesbon nefesh, i.e. soul-searching on this topic? And can the liturgy of Rosh Hashanah and Yom Kippur help us to do this?

One line –the one quoted above—speaks to me every year on these Jewish holidays, but this year it is even more relevant.  According to this prayer, inserted into our prayer books in the second or third century C.E., ALL human beings are meant to be bound together to carry out God’s will wholeheartedly.  Not just one sector or another in society. Not just the one which has the most power or privilege, but everyone.

A few days ago, I participated in an amazing internet forum, sponsored by the National Library of Israel, which discussed this and many other existential contemporary issues on our minds at this time. The panel was hosted by Naomi Schachter, Director of International Relations and Partnerships for the National Library. According to Schachter, the panel was part of an initiative of the library called The Global Forum, which brings international groups together for important world conversations. It is part of “The Reading Room”, which offers timely and relevant lectures and discussions.

David Makovsky of the Washington Institute for Near East Policy in Washington DC, introduced the program, which was a conversation with Professor Moshe Halbertal of the Hebrew University of Jerusalem and Tom Friedman (one of my favorite columnists and authors) of the NY Times, who was sitting in his home in Bethesda, Maryland.  The theme was The Challenges and Cooperation and Adaptability in Times of Pandemic.  The discussion—which was attended by about 450 people from all over the world via zoom—was enriching and enlightening, touching on many important topics, including the question of how our societies have become so sectorial that they have abandoned the common good. I was particularly struck by some remarks of Moshe Halbertal, whom I have known and studied with over the years, with regard to how this problem is reflected in Israel.

In Israel today, we are having a breakdown in public discourse. We are hearing more and more voices of sectarianism and sectorianism. Each group in society is concerned about what share of the state budget they can bring to their group. We have become a confederation of sectors, and there is no more any sense of the common good. And, the Israeli government–which is being nourished by sectoral politics and short-term goals– is having trouble developing and enforcing a policy now for the common good. In order to rebuild trust, the government will need to restore and enforce a policy now, during the corona virus crisis, for the common good of all of its citizens.–Professor Moshe Halbertal

In the background of the conversation was the recognition that the governments of Israel and the USA have failed miserably in recent months in managing the health and economic crises associated with the corona virus pandemic. In so doing, they have lost the trust of large portions of their publics, who simply ignore government guidelines that are meant to apply to all citizens.

As I think about this, another verse from this very special prayer during Rosh Hashanah and Yom Kippur comes to mind. It talks about how the Jewish people, with their concern for all of God’s children, as well as for the Jewish People, will—through prayer and good deeds– become more conscious of the need to change the world for the better and will actually rise up to do something about it:

The righteous… will rejoice, the upright will be glad, the pious will celebrate with song, evil will be silenced and all wickedness will disappear like smoke, when You (God) will remove the tyranny of arrogance from the earth (from the Lev Shalem mahzor of the Rabbinical Assembly).

I love this translation of memshelet zadon as the tyranny of arrogance! There is so much arrogance in our world today, in so many places. But for me, the greatest amount that is affecting me where I live –in both Israel and the USA– can currently be found in the so-called “leaders” of these two countries. Their arrogance seems to know no bounds. Their concern for themselves, their families and their narrow base is almost exclusive. They have totally forgotten about the common good, to the detriment of ALL of the citizens of both countries, who are suffering the most severe health and economic crises in recent history.

Perhaps this year, during these upcoming days of prayer and repentance, between Rosh Hashanah and Yom Kippur, we can use the time to reflect on how we can restore our concern for the common good to our societies — for all citizens in our countries, for all children of God on this earth. Hopefully, this time of soul-searching can also serve for us as a wake-up call, with the help of the sound of the shofar, which will remind us that it is our responsibility, in partnership with God, to remove the tyranny of arrogance from the world, not just by our reflections, but by our actions, to make this world a better place for everyone.