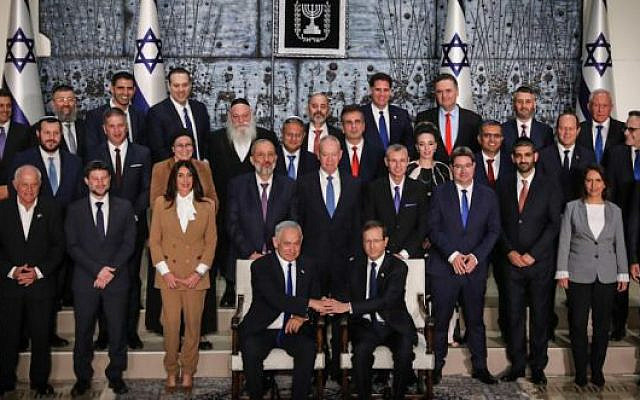 For the first time in Israel’s history, narrow partisan politics has been deployed against the environment of the land and the health of its residents. The immediate cancellation on the tax for single-use plastic and sugared beverages by the new Minister of Finance is bad for the country’s ecology and bad for public health. Before such blunders becomes a habit, it is well to call the phenomenon to task and demand that the new government thinks twice before setting a political tragedy in motion that could continue for years.

The US offers a cautionary tale. As an American-born Israeli, I closely follow the stateside environmental discourse and for some time have watched the polarization process gone awry, destroying the most basic societal consensus, with despondence. Environmentally, this process began during the presidency of George W Bush, who brought with him to the White House the mentality of the oil industry and its unscientific denial of climate change. The same hostility to the environment informed the thinking of the Trump administration, that went so far as to cancel American membership in the UN climate convention – a heinous decision that President Biden immediately reversed after being elected.

This is not an ideological inevitability: when I was growing up, President Nixon and his Republican party led an impressive green agenda that included legislation, enforcement and vision. The past twenty years constitute an American ecological tragedy which must be prevented here.

Israel was never part of this toxic, political syndrome. The country’s first green parliamentarian was actually the late Yosef Tamir, a Likud member who changed the name of the Interior Committee to the “Interior and Environment Committee” and launched innumerable sustainability initiatives. Our ambassador to the UN, right-wing politician Gilad Ardan is thought by many to have been the most effective minister of environment in Israel’s history. And if Likud Minister Gila Gamliel, had enjoyed a reasonably-length tenure in this position, she might well have given a good fight for this title.

Every Israeli should be impressed by the massive investment in water infrastructure during the past years which established the “reverse water carrier” that became operational last month. The project brings copious quantities of desalinated Mediterranean water to the Kinneret lake. This ensures that it continues to serve as a plentiful national reservoir and more significant provider of water to Jordan, that suffers from acute scarcity. It is by far Israel’s largest climate adaptation project. And its existence is entirely due to the obstinance and long-term thinking of Dr. Yuval Steinitz, the former Likud, energy minister.

That’s why the decision of Finance Minister Smotridge, whose very first decision in office was to encourage use of disposable plastics and sugared beverages, is so worrying. By capitulating to ultra-Orthodox pressure, he has adopted an unequivocally anti-environmental, anti-health public policy that runs counter to the creed that informed previous Netanyahu administrations. The deafening silence of the right-wing coalition politicians and ministers is not just disappointing; it is also downright dangerous. We are in serious trouble if it constitutes the harbinger of more idiotic, politically-driven policies by a new extremist government.

What is clear is that weak and vulnerable populations will pay the place – both in the cities of Israel and its ecosystems. Research from this past September confirms that a third of sea turtles washing up, terminally ill onto Israel’s Mediterranean coast suffered from exposure to plastic debris. For those less concerned with the natural world, cancelling the taxes should be troubling because of the impact on humans.

Prior to the adoption of the tax by the Bennet “government of change,” Israelis spent some 2 billion shekels each year on single-use plastics, giving us a disgraceful, second-place ranking in per-capita, global, disposable-plastic consumption. According to research published by the Ministry of Environmental Protection, single-use plastic consumption rates among Haredi Israelis are roughly twice that of the general public. For large families, the weekly outlay can be very high. Cancelling the tax, in practical terms, perpetuates an unfortunate addiction and exacerbates poverty amongst households that continue to bear an annual expense that reaches tens of thousands of shekels.

There is almost no point in wasting words on the health-implications of encouraging sugared drinks: According to the World Bank, the rate of diabetes morbidity in Israel — which exceeds 8% — is twice that of many healthier countries, like Norway, where only 3.2% of citizens suffer from diabetes. The ultra-Orthodox community (whose representatives so adamantly demand cancellation of soft drink taxes) suffers 50% more of this debilitating disease than the general public. And when a few intrepid Haredi rabbis spoke out about the lunacy of the new policy and just how “un-Jewish it is” (citing the fact that Israel leads the world in diabetes-driven amputations) the pressure on them became so intense that they quickly retracted and apologized for stating a self-evident truth.

It’s therefore important to emphasize this truth: disposable plastic and sugared-drink taxes work. Outgoing Minister of Environment, Tamar Zandberg, reported a 40% drop in the purchase of single-use plastic kitchenware after introduction of the tax. Some may wonder whether such claims are exaggerated. But nature doesn’t lie: a new study by Adam Teva V’din, the Israel Union for Environmental Defense, confirms that there has been an 18% drop in plastic wastes on Israel’s coasts since the tax was adopted.

It is also important to emphasize that prohibiting plastic disposables is hardly an invention of past finance minister, Avigdor Lieberman, as part of some conspiracy to embitter the lives of the Haredi community. We’re talking about an intervention picking up momentum in a world that seeks to reduce greenhouse gas emissions. (For example, in Israel, 70% of methane release come from garbage wastes.) It is a necessary measure to protect marine organisms that confront the menace of a growing plastic deluge. And of course it is important for addressing the country’s ubiquitous litter pollution. Many disparate nations – from England and Kenya to Bangladesh have already declared a ban on the use of disposables. Others, like France and Rwanda have started to ratchet down usage as part of an ultimate phase out.

“Sin taxes” (or technically “Pigouvian taxes”, after the Cambridge economist who proposed this logical approach hundred years ago) are a highly effective policy instrument. It makes sense to stop taxing positive things: like labor — and start taxing bad things: like smoking. Indeed, all over the world, cigarette taxes and the resulting rise in prices, caused a meaningful drop in smoking rates. The results are so significant that even economists who oppose government interventions in the market are forced to acknowledge the effectiveness.

But this isn’t just a matter of economics, environment and health – but also one of values: when the tax came before the Knesset Finance Committee last year, I argued that as a traditional Jew, making disposable plates and cutlery a permanent part of the Friday night Shabbat dinner table, is analogous to bringing a graven image into the Holy temple. It is not clear why Haredi parties and an Orthodox Finance Minister are so set on fortifying such an offensive practice.

Upon receiving her appointment, new Minister of Environmental Protection, Idit Silman, tweeted that Jewish tradition is full of mitzvot and midrashim that protect the environment and promote sustainability. That’s true and should be the source of sound, sustainable policies. But her complicity with the cancellation of the tax –alongside her call for compensating by increased funding for environmental education is hardly worthy of a pragmatic Minister who has always insisted on making decisions that are evidence-based.

Education, of course is an important component of any sustainability strategy. But it is a very imprecise policy instrument. For almost forty years I have been involved in environmental protection in Israel and seen innumerable campaigns involving solid waste: from litter cleanups to televised public service messages, intended to change people’s polluting habits. Sadly, objective indicators suggest that they didn’t change anything. Taxes, however, have. We have long since learned in Israel that preventing litter is very different than preventing the picking of wildflowers, where education seems to be enough. There is no reason to believe that the outcome of a new disposable plastic campaign, designed to compensate for the tax cancellation, will be any different.

If David Ben Gurion taught us anything, it is that there are times when responsible governments must act according to “what the people need – and not according to what the people want”. The present leadership must stop capitulating to balderdash that frames important environmental policies as Haredi discrimination. A government claiming to be devoted to the land of Israel needs to start up by protecting its health and cleanliness.